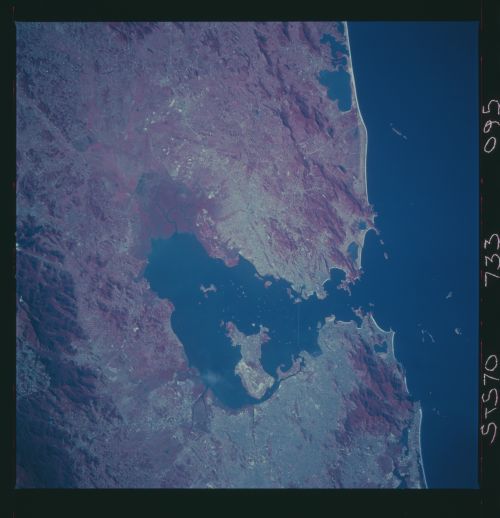 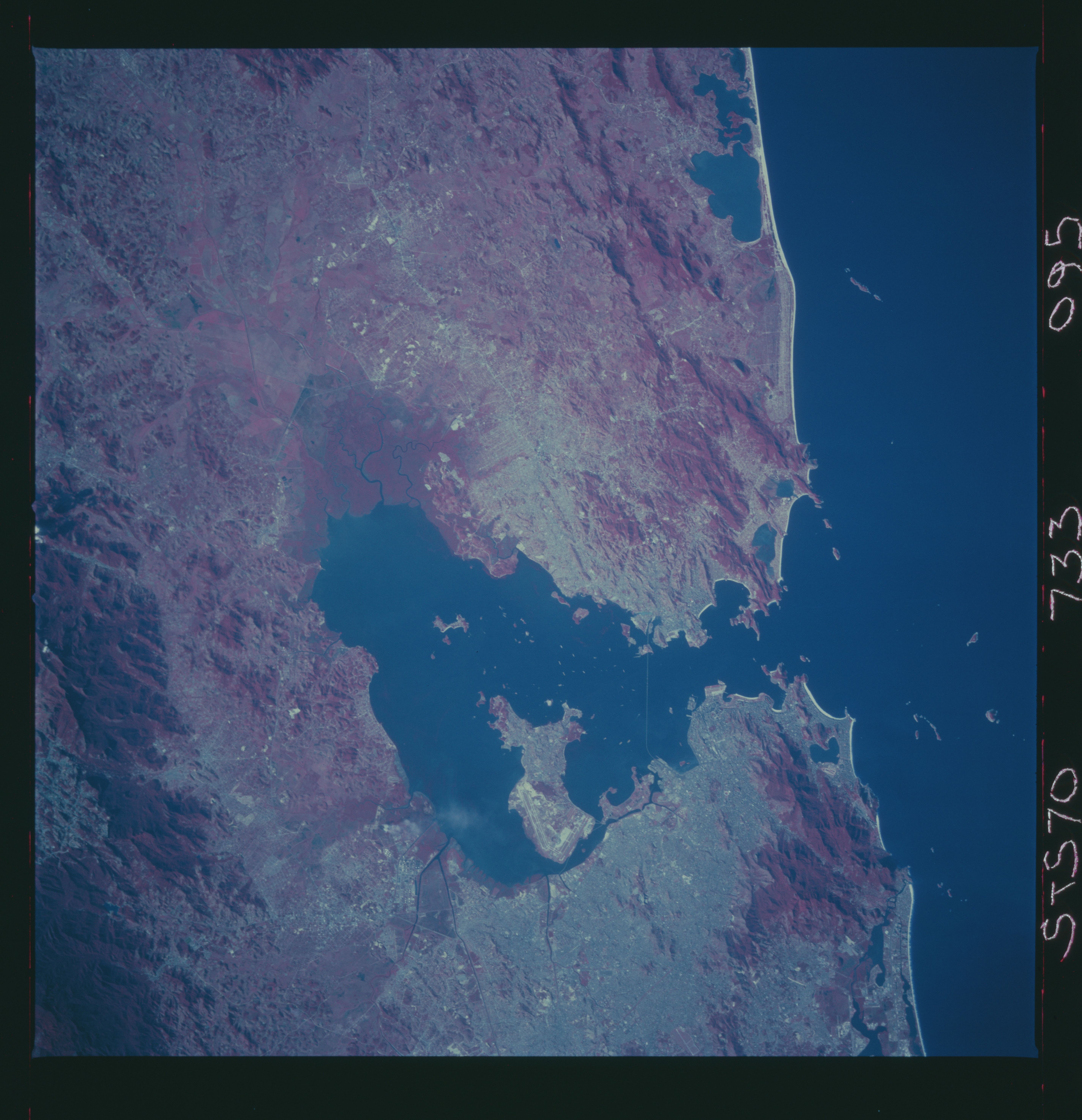 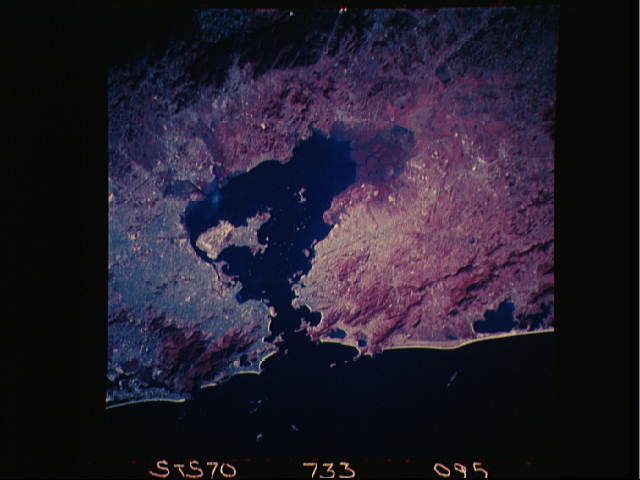 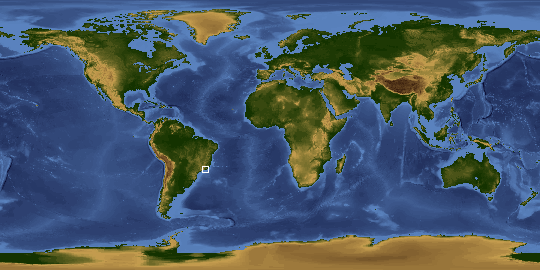 Other options available:
Download Packaged File
Download a Google Earth KML for this Image
View photo footprint information
Download a GeoTIFF for this photo
Image Caption: Rio de Janeiro, Brazil
Most of the city of Rio de Janeiro (population of approximately 12 million people, in Brazil second only to Sao Paulo with a population of over 20 million) is seen along the western side of Guanabara Bay. Notable landmarks and physical features that are recorded on this color infrared photograph show (1) the six mile bridge that connects Rio de Janeiro with the city of Niteroi to the east; (2) the large international airport located on Governor's Island; (3) the peninsula on the west side of the entrance to Guanabara Bay where the famous Sugarloaf Mountain is located; (4) the world famous Copacabana Beach area to the south--southeast of the city (exposed to the Atlantic Ocean); (5) the many major highways and canals that are visible; (6) several mountainous areas covered by green vegetation (portrayed in various shades of red colors); and (7) a fairly large swamp area along the northeast side of Guanabara Bay. With excellent harbor facilities Rio de Janeiro was established in the early development of colonial Brazil as a leading port city for this area. In fact in its early development Rio de Janeiro once served as the terminus of the famous "Gold Trail" that tied the coastal area to the gold mining activates of the interior.