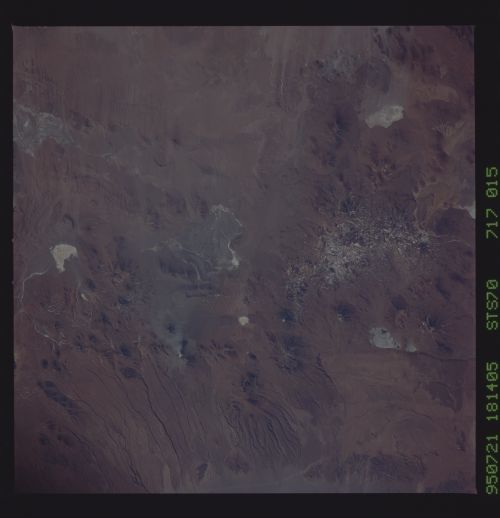 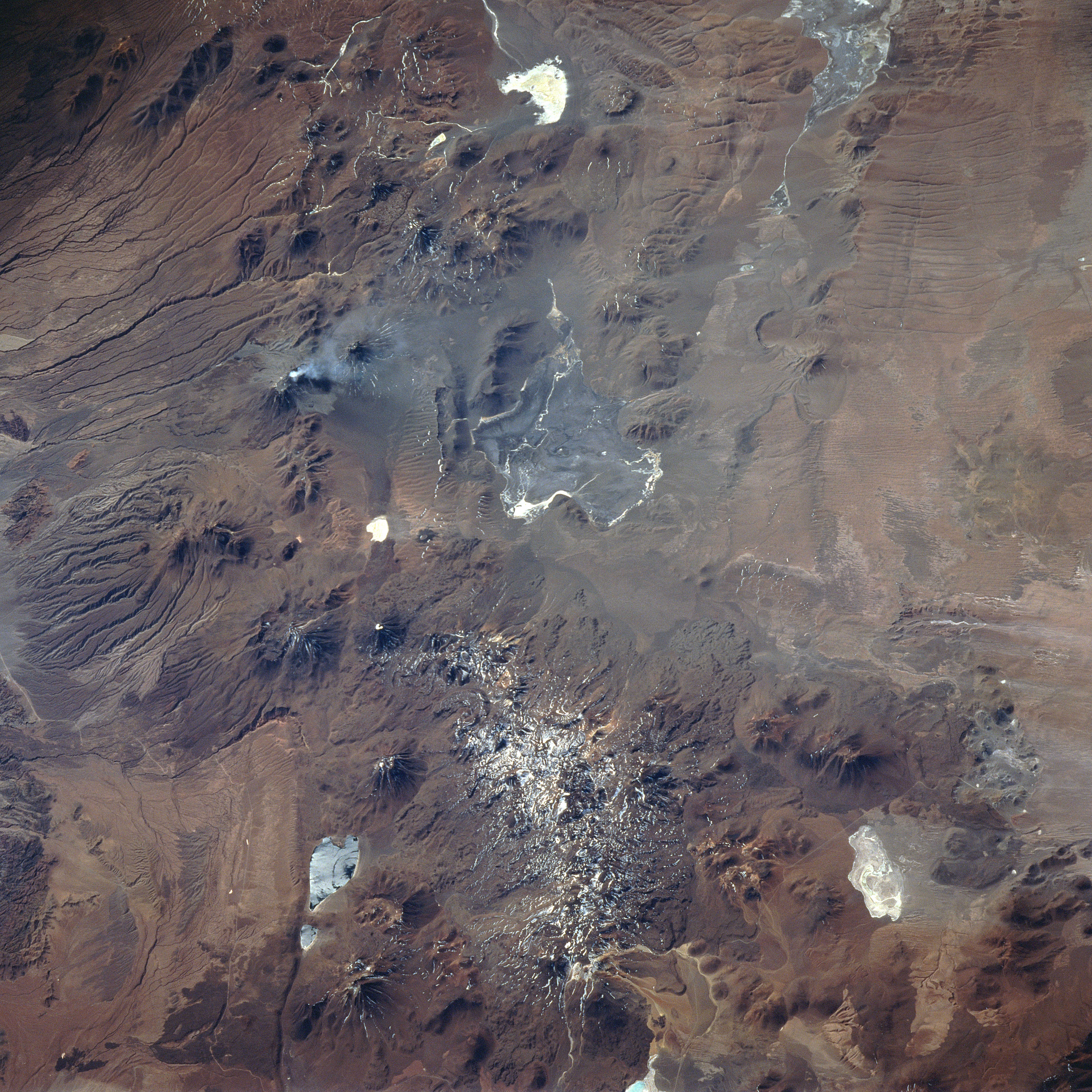 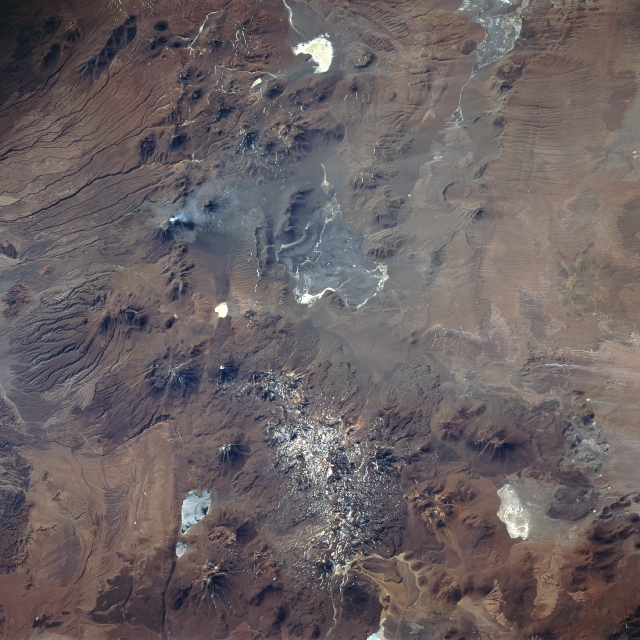 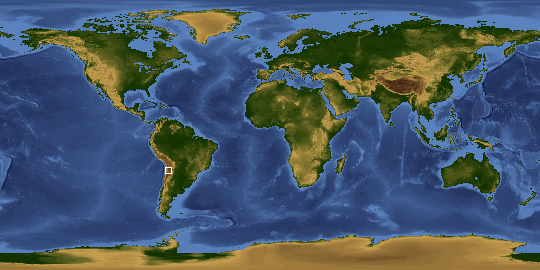 Other options available:
Download Packaged File
Download a Google Earth KML for this Image
View photo footprint information
Image Caption: STS070-717-015 Lascar Volcano, Chile July 1995
With the exception of the road (light-colored, linear feature) along the eastern edge of the great salt flat, Salar De Atacama (left middle), little evidence of human presence can be observed in this remote and arid region of northern Chile. Characterized by dramatic elevation changes, numerous volcanic features and a variety of eolian and fluvial landforms can be identified in this arid environment. The western side (left) of the image is roughly 7500 feet (2286 meters) above sea level. Just 25 miles (40 kilometer) to the east, the average elevation of the Andes Mountains increases to approximately 14000 feet (5486 meters). Several stratovolcanoes, including Lascar Volcano, may be recognized by a pronounced radial drainage (erosional) pattern on the flanks of the volcanoes. Lascar Volcano, located (slightly above and left of center) by the V-shaped ash plume that extends eastward from the April 1993 eruption, is barely discernible. Several highly reflective (whitish) salars (salt flats) are scattered throughout the high altitude terrain. The boundaries of two large salars (Salar De Aquas Calientes-center of image- and Salar De Quisquiro-near upper right corner) can be mapped. The darker, somewhat paralleling lines, aligned east-west along the western slopes of the Andes Mountains (left edge), are fluvial landforms; while, the less distinct features (paralleling lines in the upper right corner) are the result of eolian processes.

Lascar Volcano, Argentine/Chilean border (orient photo with frame-number at top)
Lascar Volcano can be seen venting smoke (white smudge, left of center), a regular activity since it erupted a small volume of lavas in 1993 (ash clouds were photographed from STS055).

Lascar is located on the western edge of the high, remote and unpopulated plateau (Altiplano) of the Andes Mountains at 23 degrees South (the line of volcanoes down the left center of the view indicates this edge). Altitudes of the Altiplano are generally above 13,000 feet (right side of view), whereas the ground drops away rapidly into Chile to 8,000 feet along the left side of the view where large river courses can be seen.

Strong, westerly winds on the Altiplano erode great grooves in the local rocks (e.g. top right), and snow can be seen (bottom).