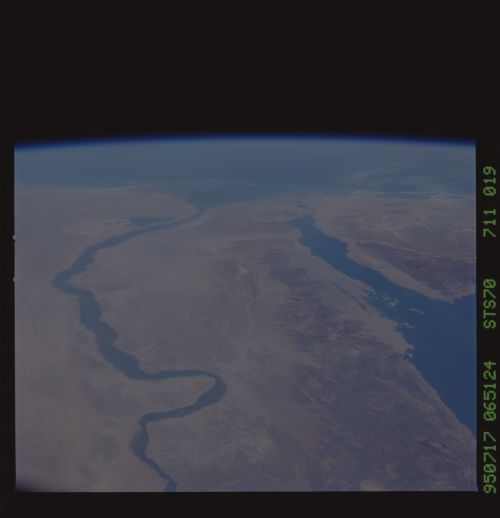 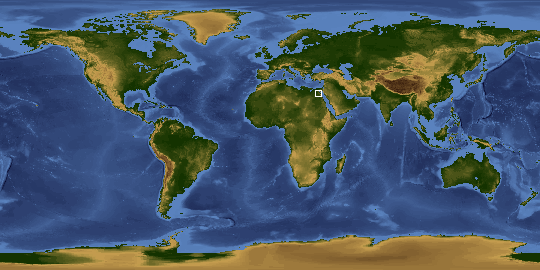 Other options available:
Download Packaged File
Download a Google Earth KML for this Image
View photo footprint information
Image Caption: Northeast Egypt and the Lower Nile River Basin
The central focus of this high oblique color photograph highlights the significant landforms in this region with specific emphasis on the role that water plays for this Arab country. First the narrow green strip of irrigated land that is the Nile River Basin is observed as it flows northward towards Cairo (located on the east bank of the Nile River at the apex of the fertile Nile River Delta) and ultimately emptying into the Mediterranean Sea. About 95 percent of Egypt's estimated 60 million people live within 12 miles of the Nile River's banks, or on its delta. Practically all agriculture that occurs in Egypt does so in conjunction with the waters that flow from the Blue and White Nile Rivers. Secondly the Gulf of Suez and the Suez Canal are aligned in a general north--south orientation between the mountainous eastern desert and the Sinai Peninsula of Egypt. The Sinai Peninsula represents a land bridge between the African and Asian continents.