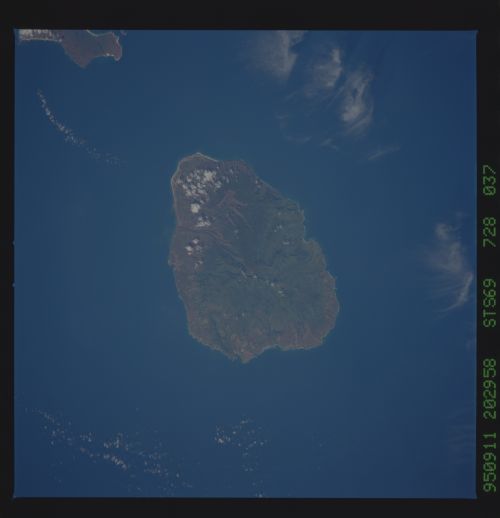 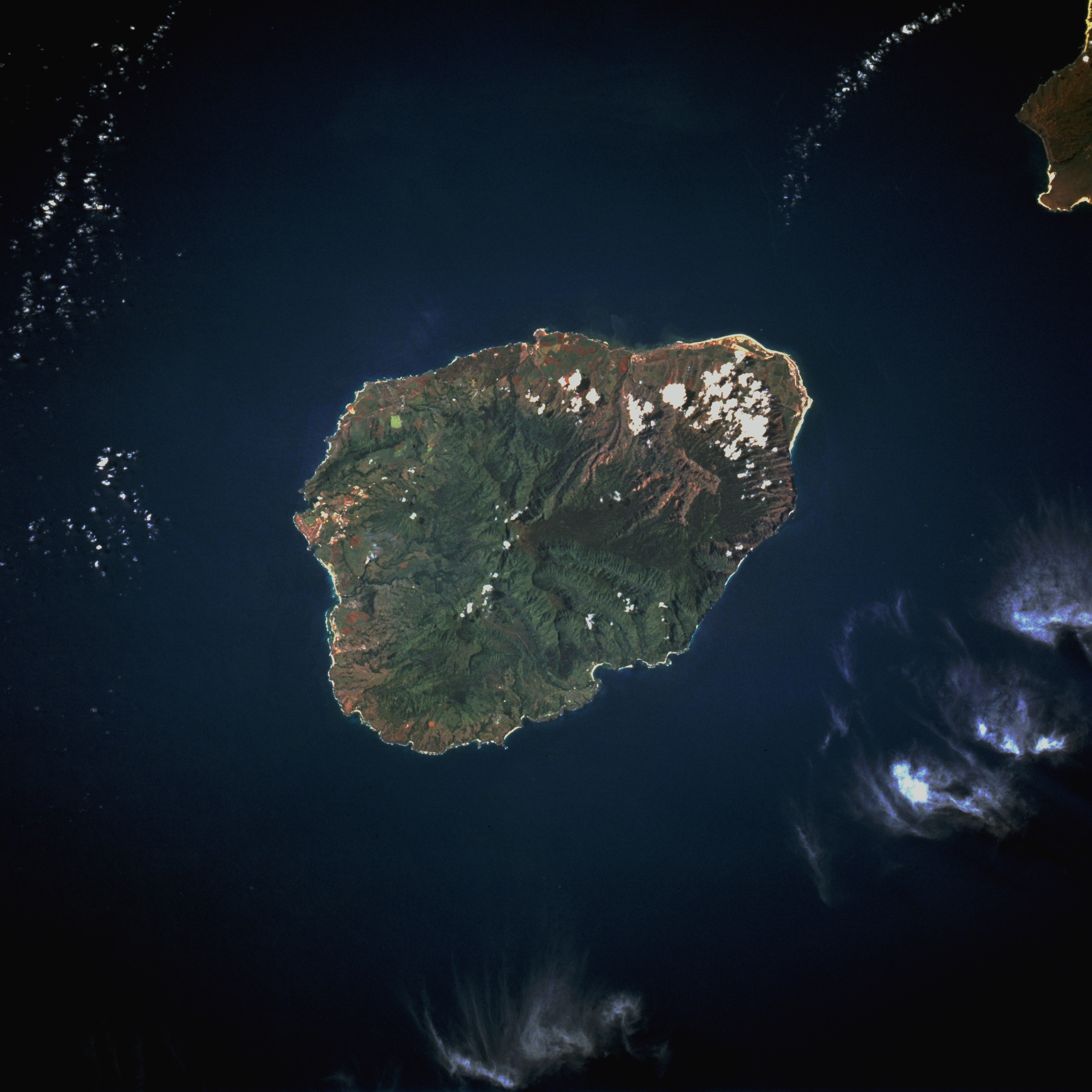 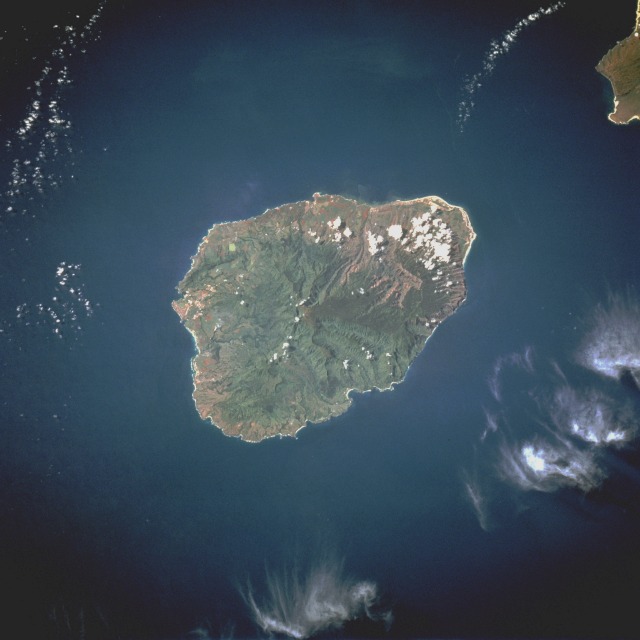 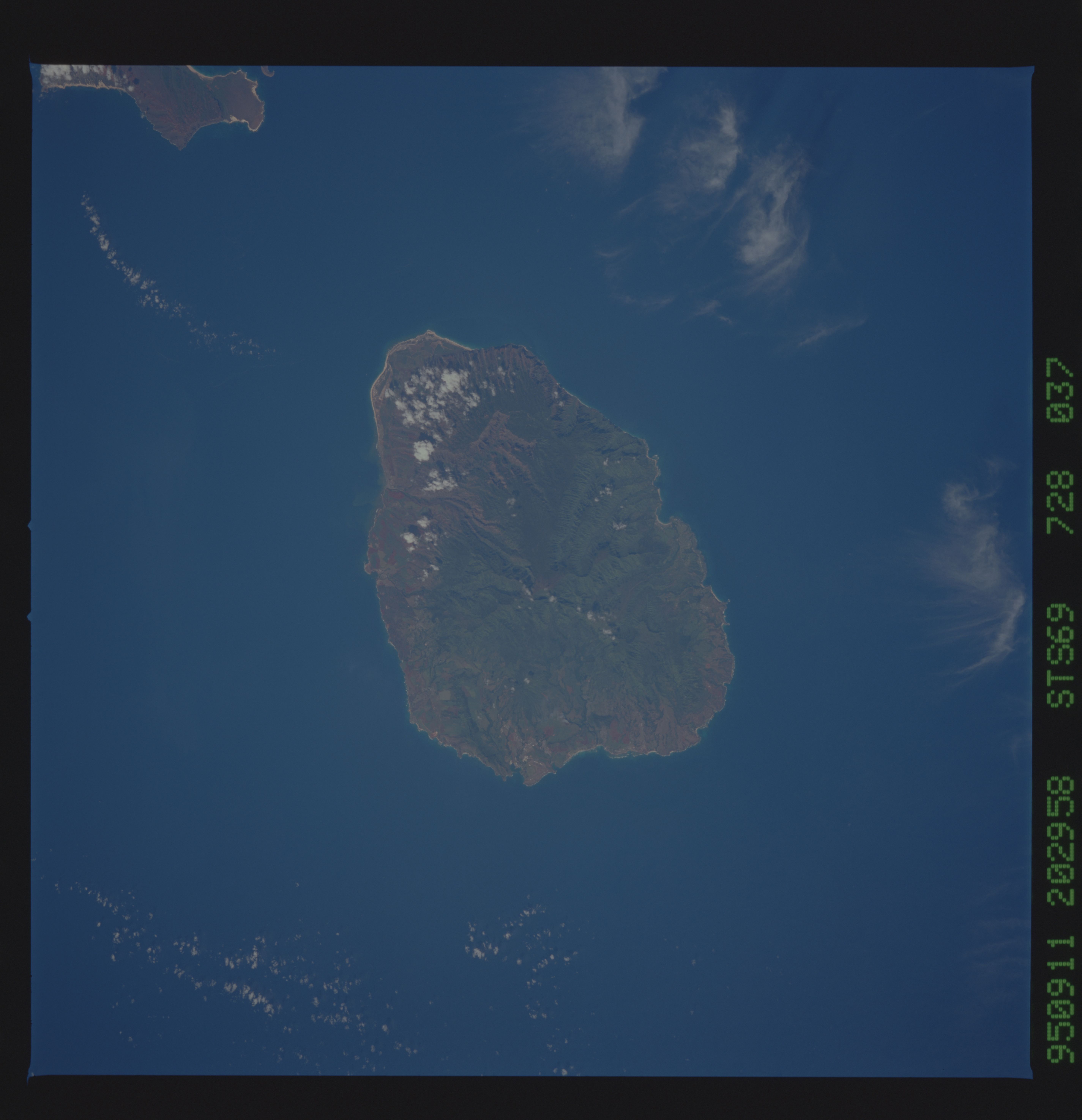 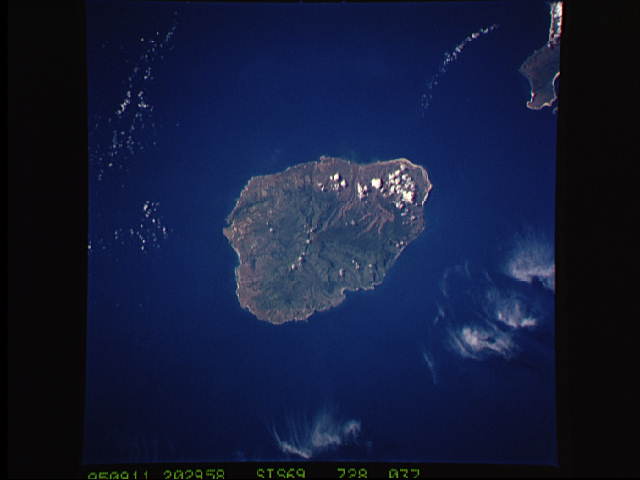 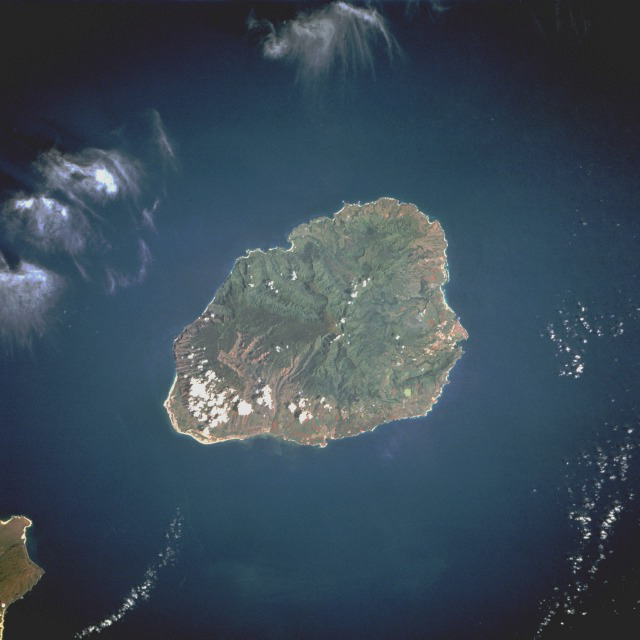 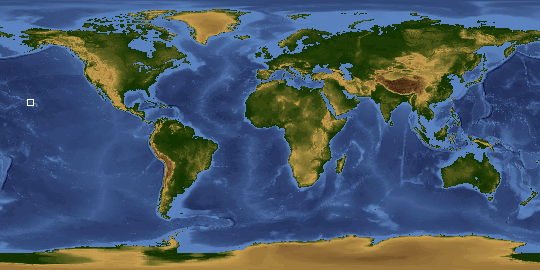 Other options available:
Download Packaged File
Download a Google Earth KML for this Image
View photo footprint information
Download a GeoTIFF for this photo
Image Caption: STS069-728-037 Kauai, Hawaii, U.S.A. August 1995
The oldest and fourth largest of the Hawaiian Islands, Kauai is the center of this south-southwest-looking, low-oblique photograph. Kauai lies 105 miles (170 kilometers) northwest of Honolulu across the Kauai Channel. Of volcanic origin, the highest point on the mountainous island is Mount Waialeale at the center of the island [5148 feet (1570 meters) above sea level]. Soils on Kauai are very fertile, particularly on the north part of the island where pineapple, rice, and sugarcane are grown; ranching is also an important agricultural industry. The wettest spot on Earth, with an annual average of 460 inches (11 648 millimeters), is located just east of Mount Waialeale. The high annual rainfall has eroded deep valleys in Kauai's central mountains, carving out canyons with many scenic waterfalls. The city of Lihue, on the island's southeast side, is the seat of Kauai County and the main city on the island. Waimea, on the island's southwest side and once the capital of Kauai, was the first place visited by explorer Captain James Cook in 1778. The city is at the head of one of the most famous and scenic canyons in the world, Waimea, whose gorge is 3000 feet (9144 meters) deep. The northeastern tip of the island of Niihau is visible near the southwest corner of the photograph.