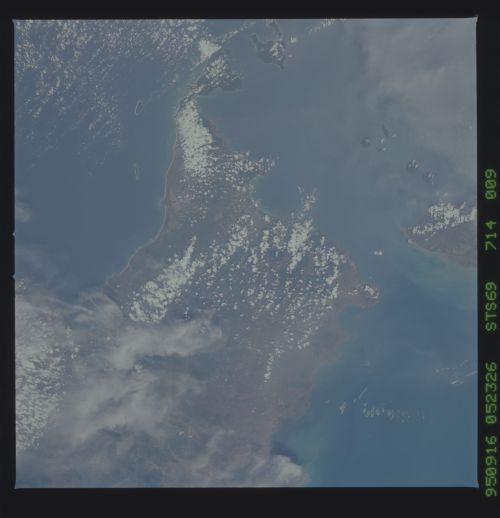 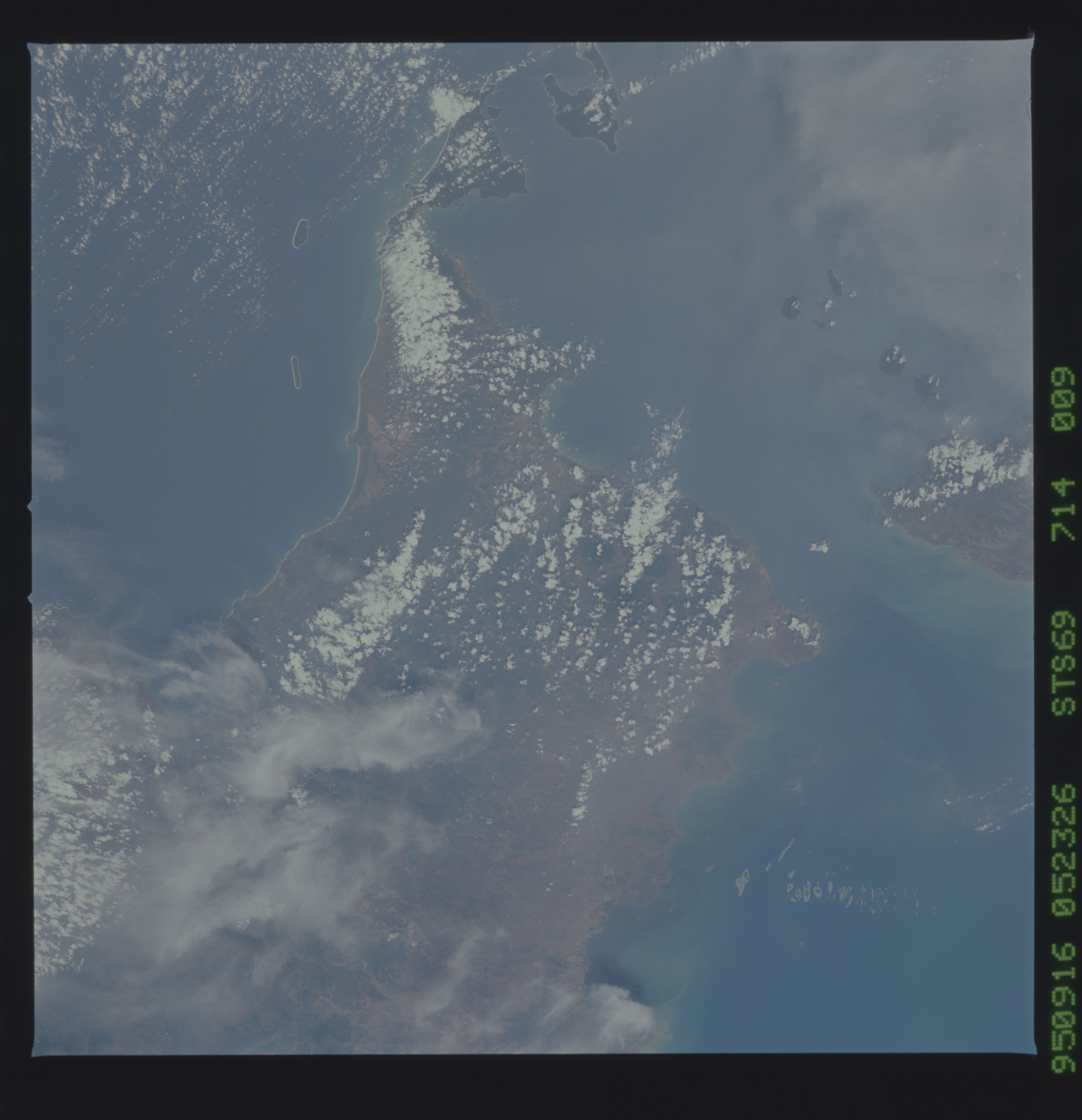 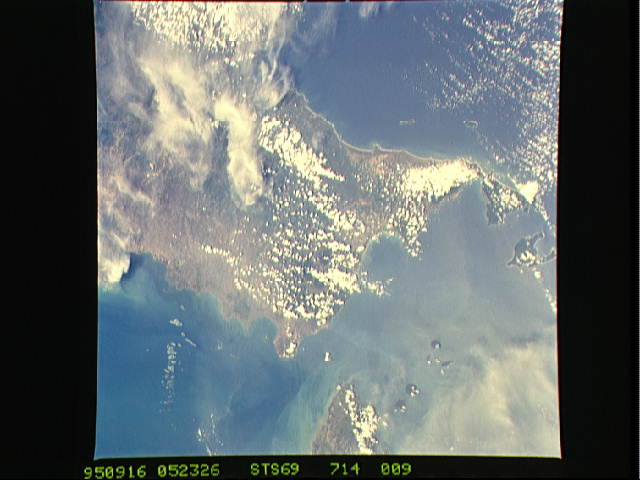 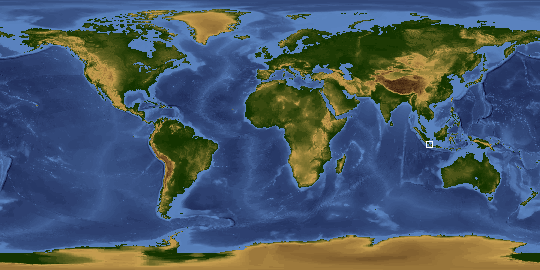 Other options available:
Download Packaged File
Download a Google Earth KML for this Image
View photo footprint information
Image Caption: The Sunda Strait. The photograph is centered over the
western end of Java; the tip of Sumatra extends southward into one
side of the photograph. Orienting the picture with this tip of Sumatra
at the top, two small islands bridge the gap between Sumatra and a
cluster of four small islands marked by cumulus clouds. Three islands
rim the caldera, and the fourth, low island represents the tip of the
resurgent dome. Krakatoa erupted in 1883 after 200 years of
quiescence; the explosion caused a tsunami that killed an estimated
36,000 people. The low island in the middle of the cluster has been
built up during the past 100 years from a crater about 900 feet deep.
This is the first good astronaut photograph of Krakatoa.