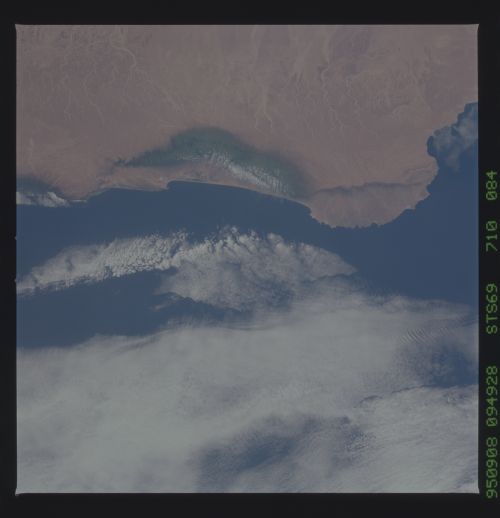 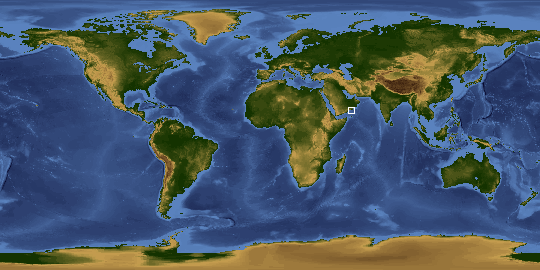 Dark gree vegetation is striking along the coastal escarpment inland
from Salalah, to elevations around 3,000 feet. Previous crews have
photographed orographic cumulus clouds, and subsequent greening of
vegetation, on the Jebel Samhan, which reaches elevations near 6,000
feet. Evidently under the weather conditions that preceedes the STS-69
mission, moisture was unable to reach such heights.