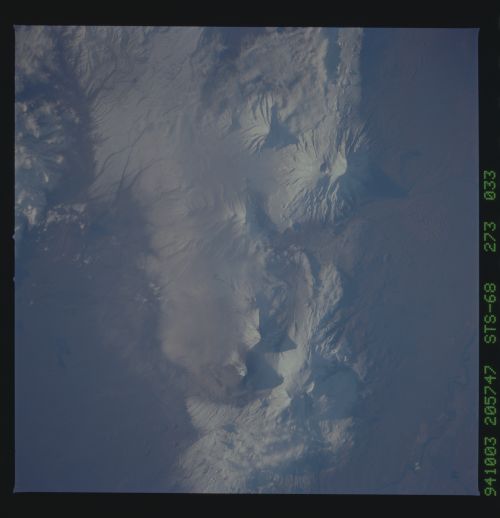 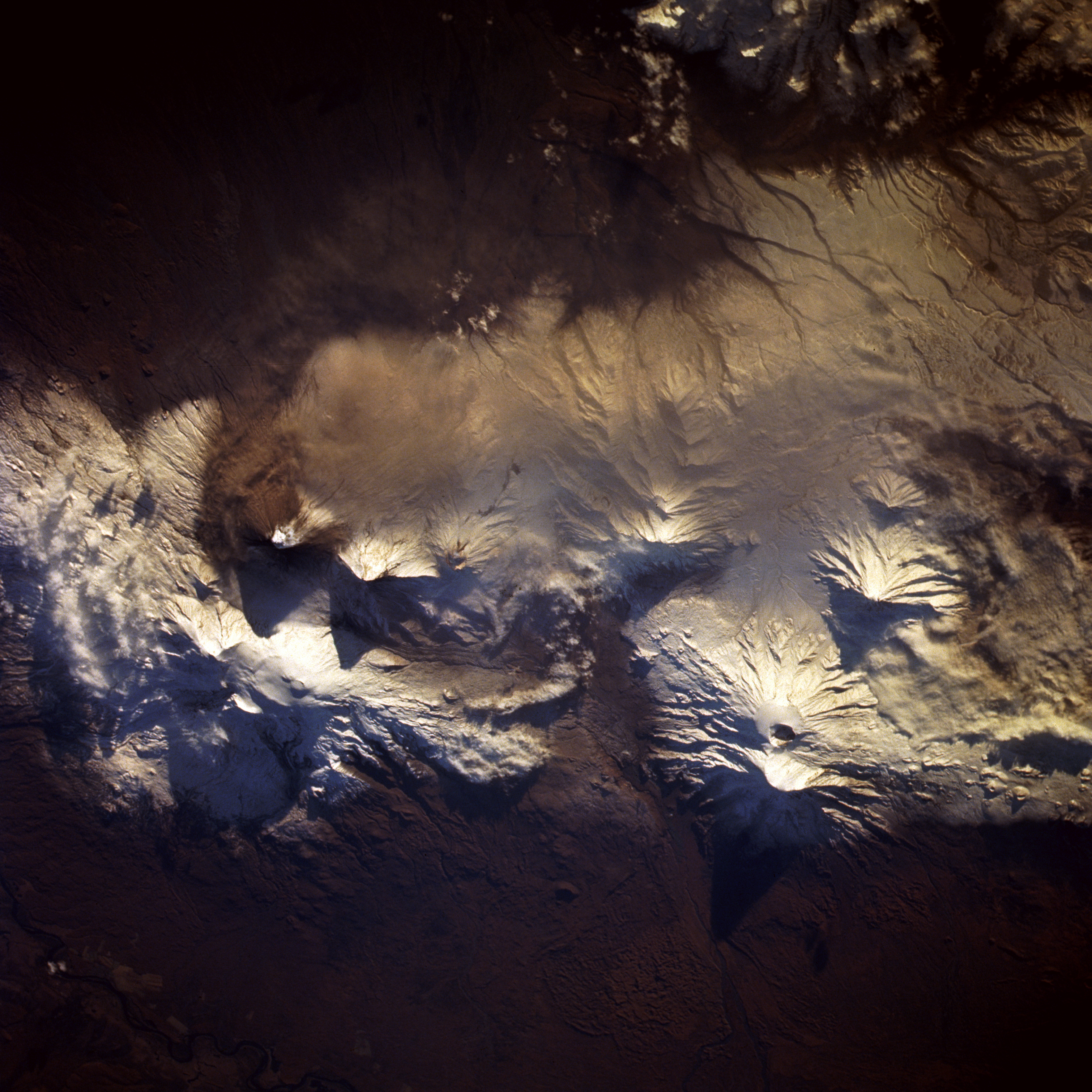 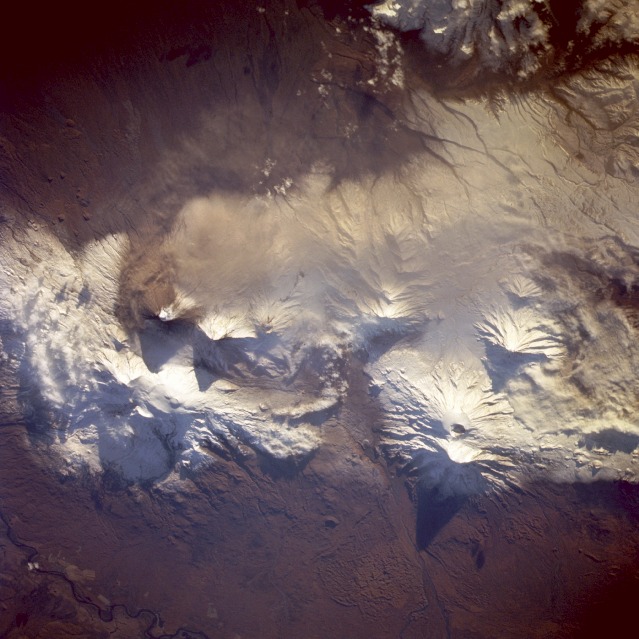 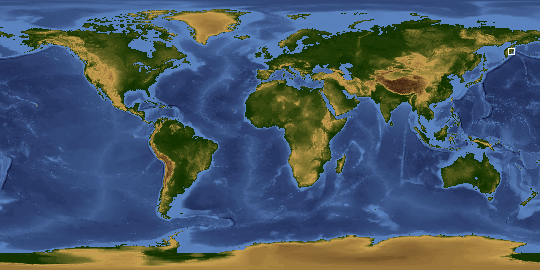 Other options available:
Download Packaged File
Download a Google Earth KML for this Image
View photo footprint information
Image Caption: STS068-273-033 Klyuchevskaya Volcano, Kamchatka Peninsula, Russia October 1994
Klyuchevskaya Volcano erupted with lava and ash explosions only 2 days before this near-vertical photograph was taken October 3, 1994. The landscape does not appear to have been much affected by the large quantity of ash that was spewed into the atmosphere. Collateral information obtained from the Smithsonian Institution Global Volcanism Network indicated that the eruption was still in progress at the time this photograph was taken but, obviously, at a greatly reduced rate compared to the earlier eruption in which the gas and steam plume rose to an estimated height of 0.6 mile (1 kilometer) above the crater and was dispersed to the south for approximately 3 miles (5 kilometers). Lengthy shadows are cast from several adjacent stratovolcanoes. The summit of Tolbachinskiy Volcano at 12 080 feet (3680 meters) above sea level is prominent southwest of Klyuchevskaya. A small segment of the meandering Kamchatka River is visible along the northwestern edge of the photograph. (Refer to STS-068-214-043 for an oblique view of the erupting volcano on October 1, 1994.)