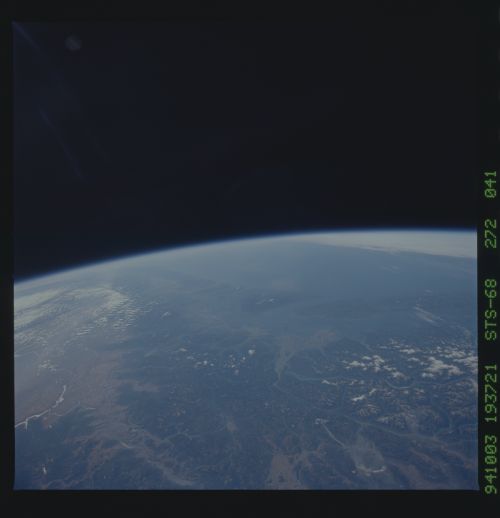 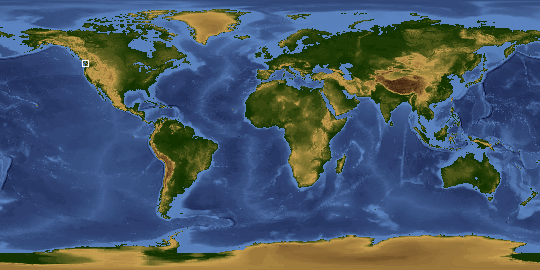 A spectacular high oblique view of the southern portion of British
Columbia and the northern part of Washington state. At center is the
northern end of the Olympic Peninsula. To the right (north) is the
southern end of Vancouver Island. The city of Vancouver is on the
mainland, west of the southern part of Vancouver Island (in the light
gray area along the coast). The green area with the snow covered peaks
extending from center to left center is the Cascade Range. Mount Baker
is the snow-covered volcano located southeast of Vancouver. The next
major volcano visible in this view is Mount Ranier (south of Mount
Baker). To the west of the Cascade Range is the Willamette Valley, and
to the east of the Cascades in this view is the brown colored Columbia
Basin. T251