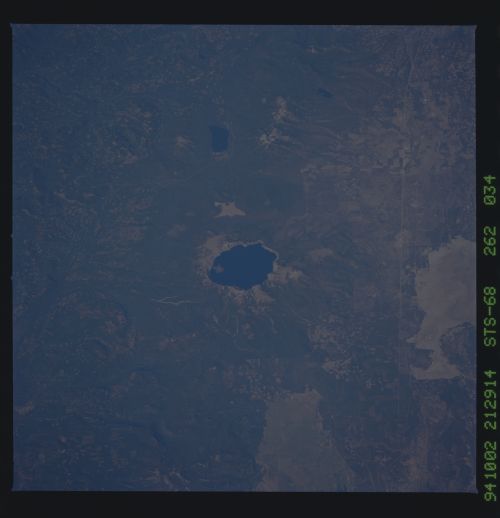 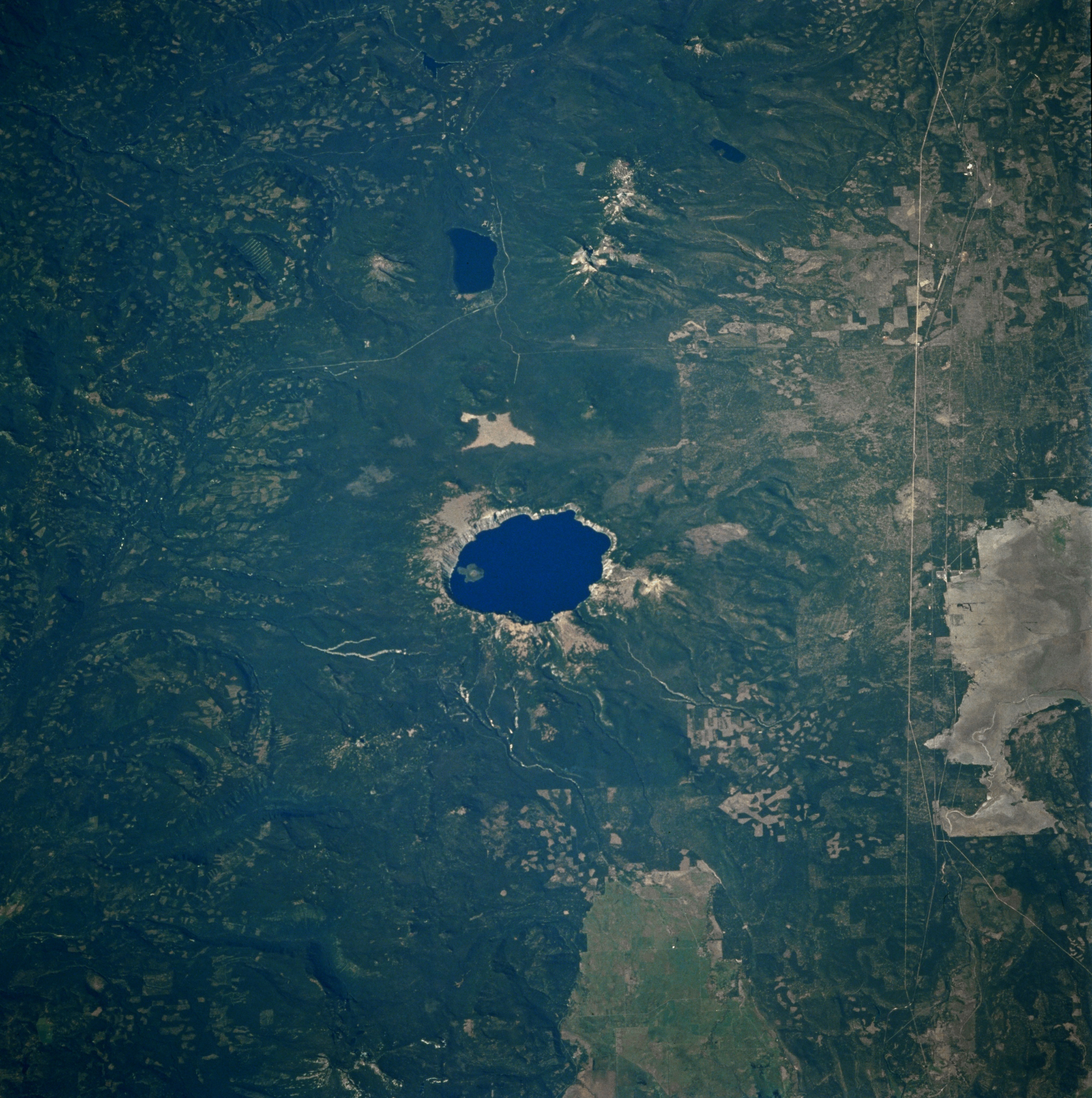 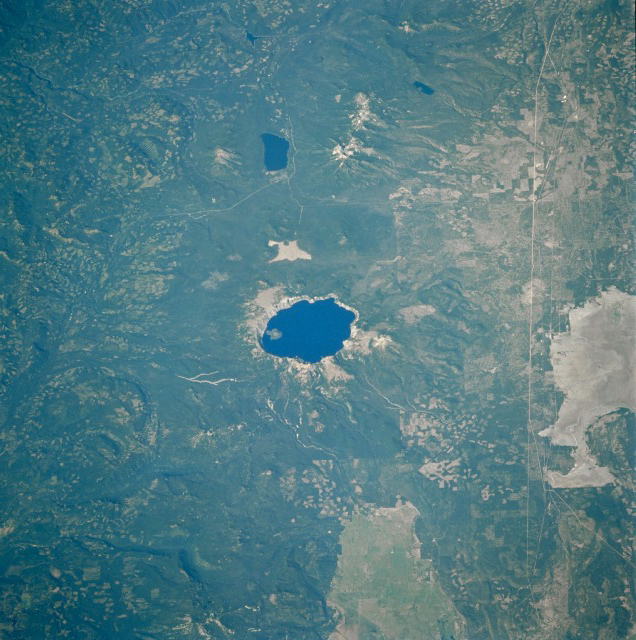 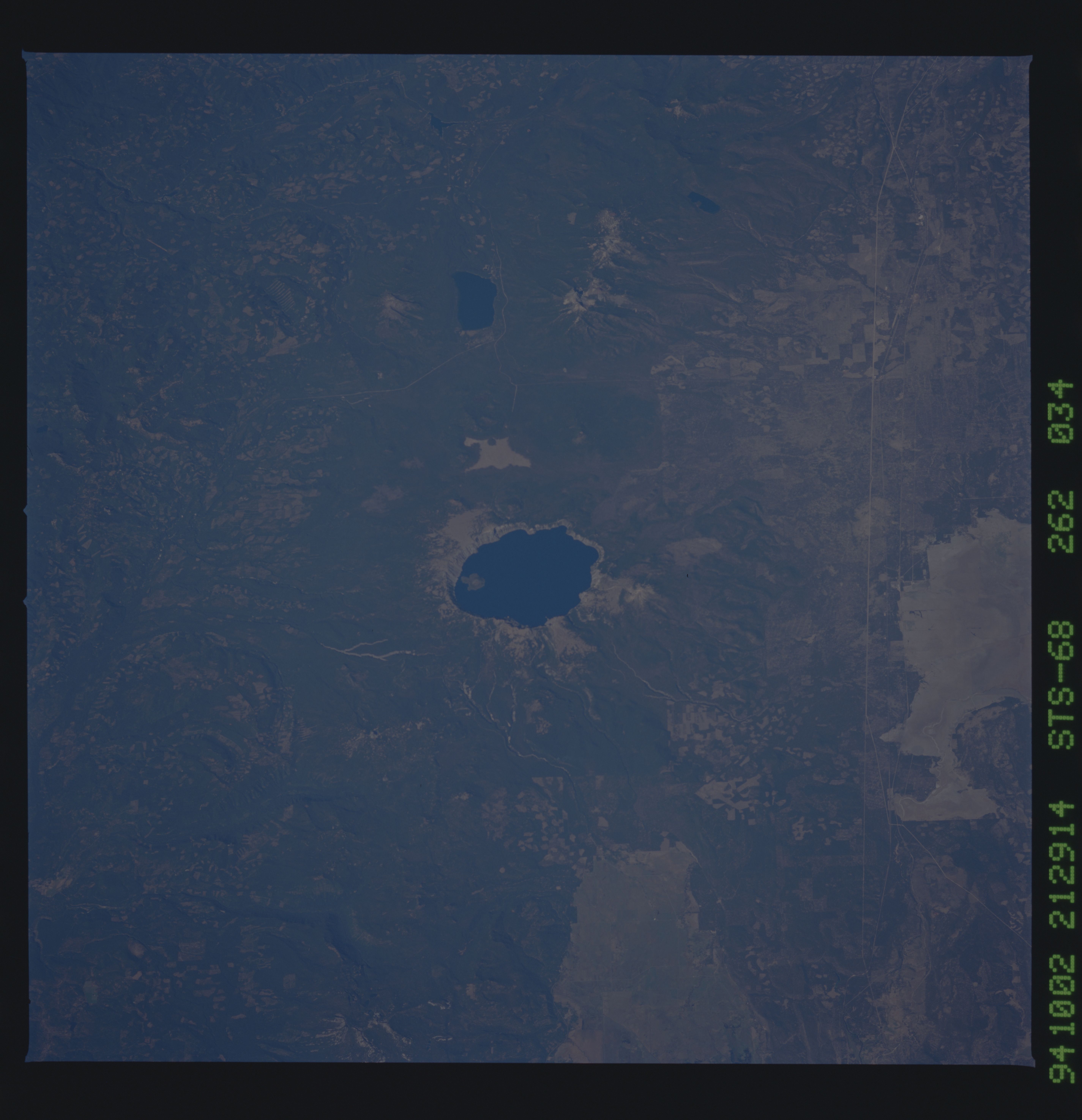 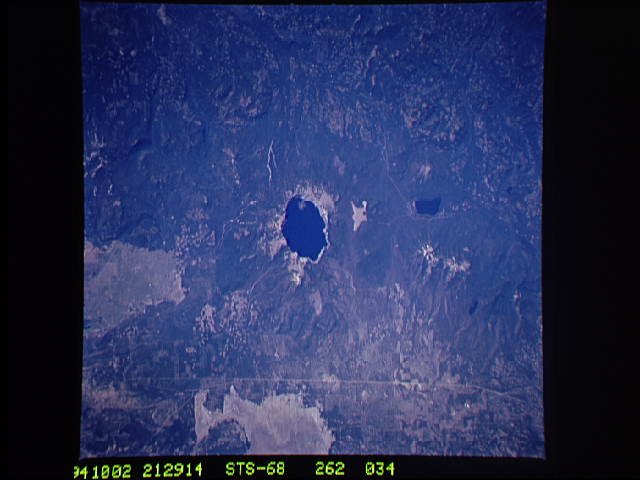 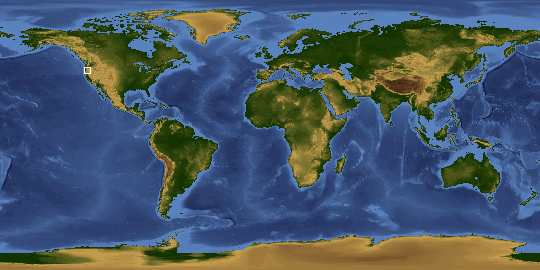 Other options available:
Download Packaged File
Download a Google Earth KML for this Image
View photo footprint information
Download a GeoTIFF for this photo
Image Caption: Crater Lake (center of photograph), the second deepest lake in North America at 1932 feet (590 meters), is displayed in this spectacular, low-oblique, north-looking photograph. Only Canada's Great Slave Lake is deeper-by 83 feet (25 meters). Crater Lake is 6 miles (10 kilometers) wide and covers 20 square miles (50 square kilometers). The lake lies in a huge caldera that was created more than 7000 years ago when the top of Mount Mazama Volcano was blown off by a violent eruption. Mount Mazama began to form more than 1 million years ago. The volcano reached an estimated altitude of nearly 12 000 feet (3600 meters) through a series of eruptions. With most of its magma and other materials exhausted following the violent eruption 7000 years ago, the foundation of the mountain was weakened. Geologists estimate that Mount Mazama collapsed around 4600 B.C., and the caldera was created. Having no inlet or outlet, the lake formed as a result of runoff from rain and snow. Cliffs surrounding the present lake vary from 500 to 2000 feet (150 to 600 meters) above the lake. Wizard Island-a cinder cone about 776 feet (230 meters) high, which formed by volcanic activity after the collapse of Mount Mazama-is near the western shore of the lake. Crater Lake, originally named Deep Blue Lake because of its sapphire hue indicating both extreme depth and extreme purity, was designated a National Park by the United States Government in 1902. Dark blue Diamond Lake is north of Crater Lake and west of Mount Thielsen Volcano.