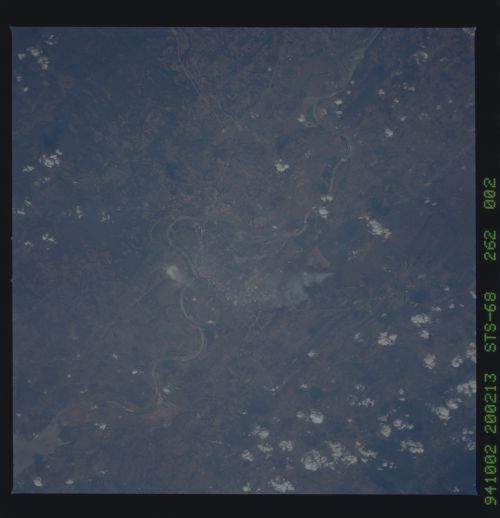 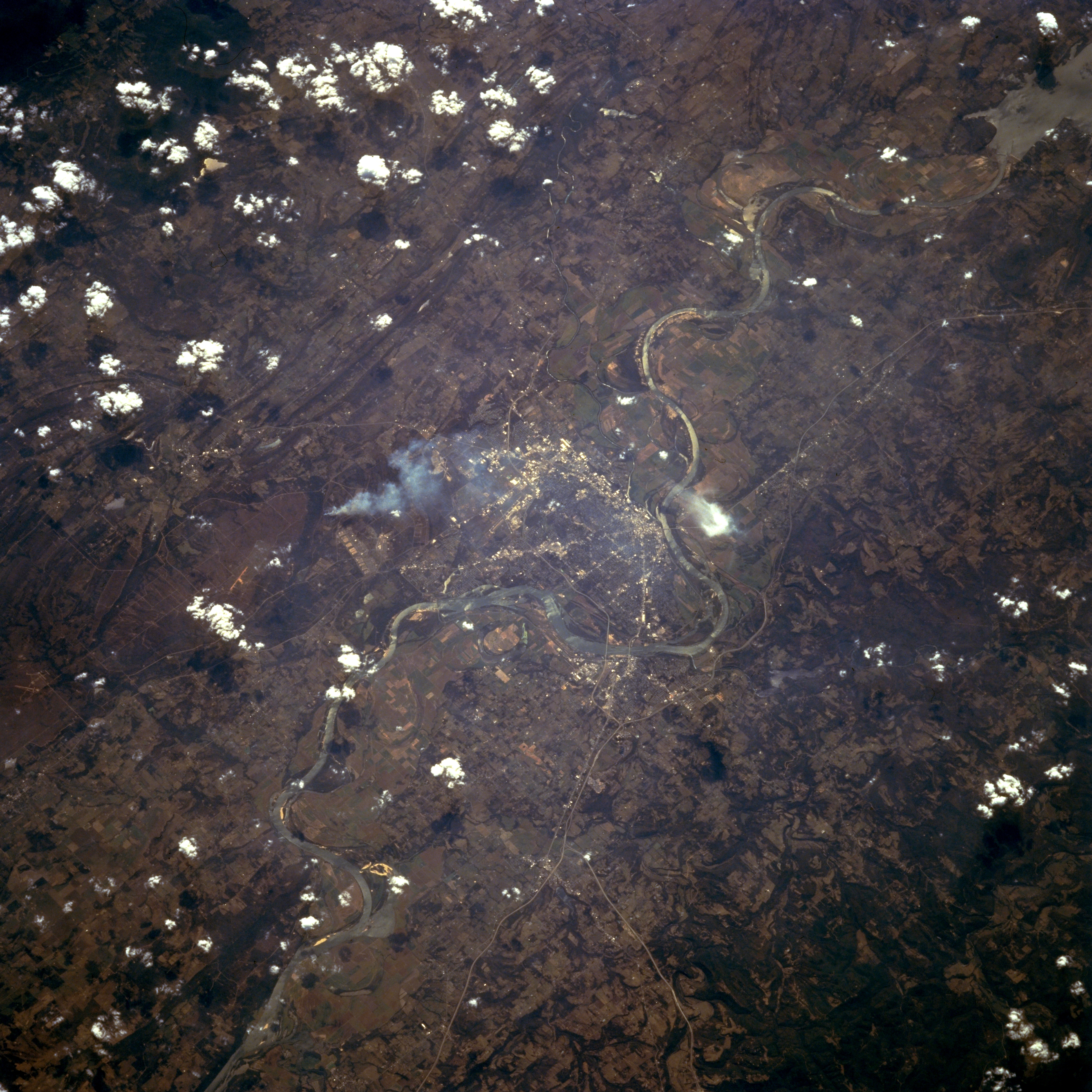 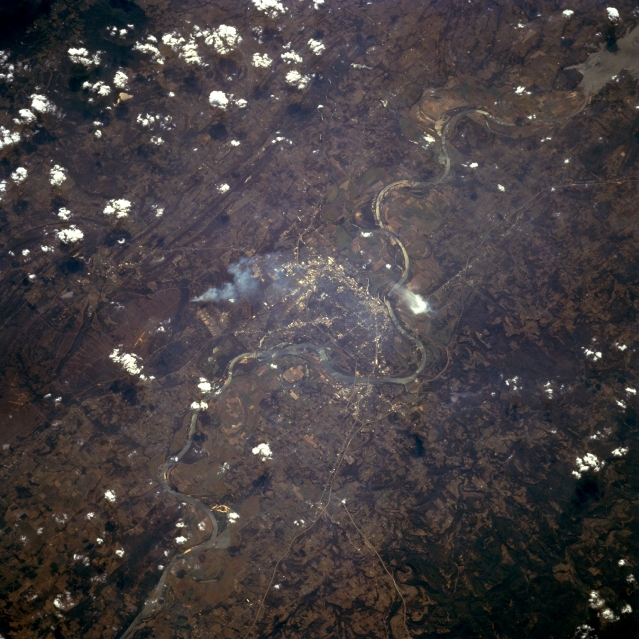 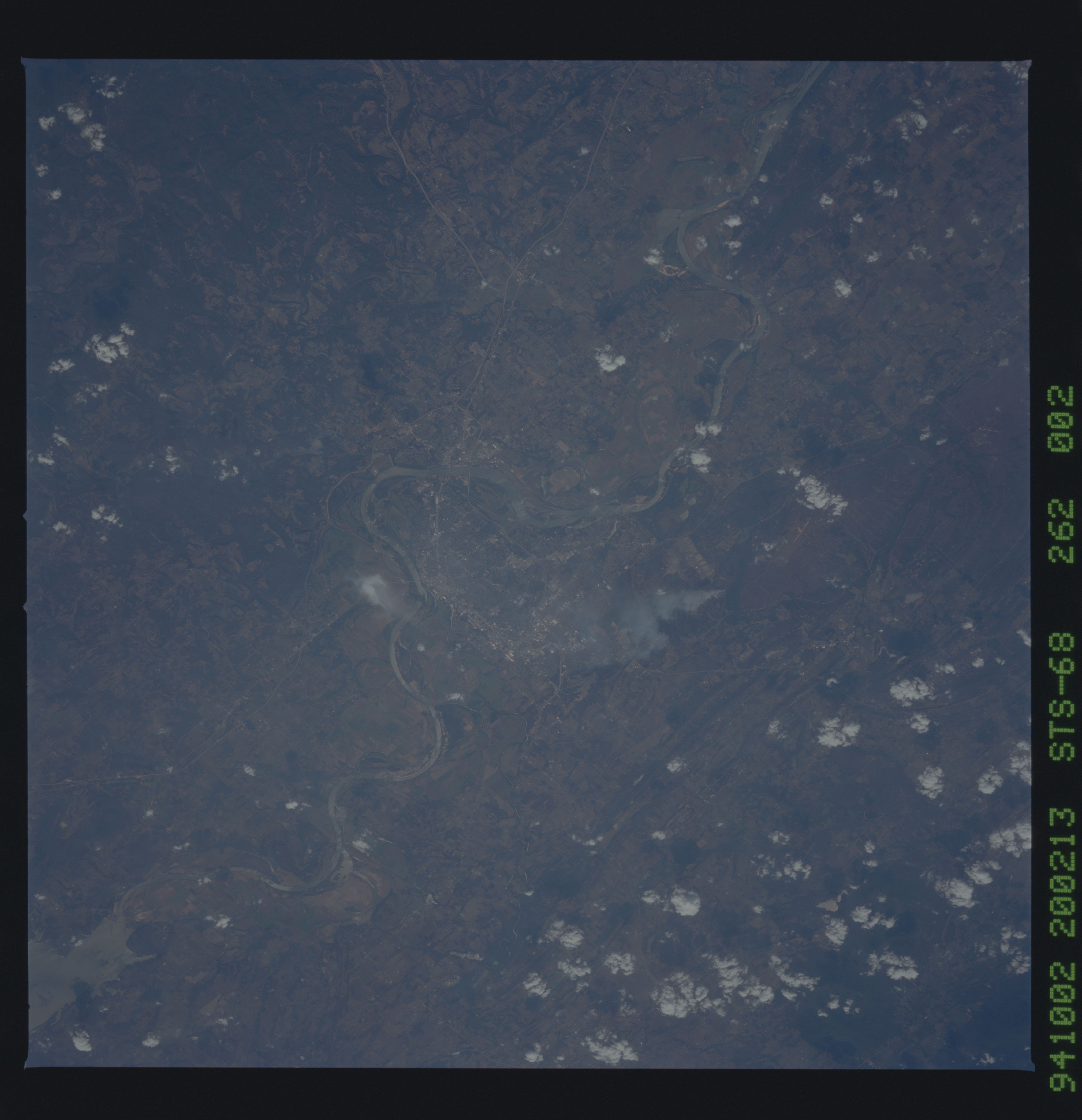 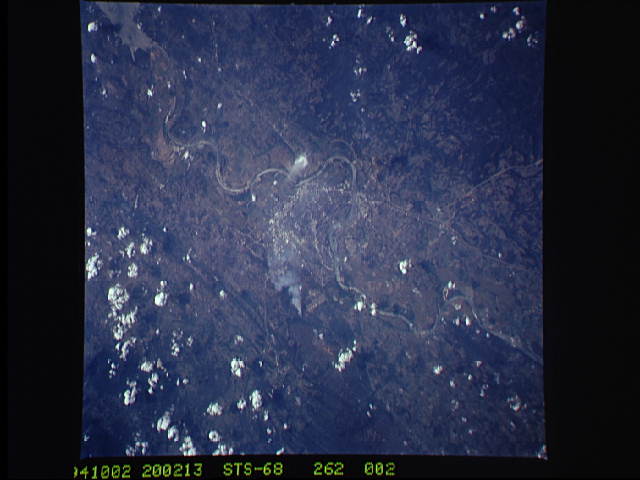 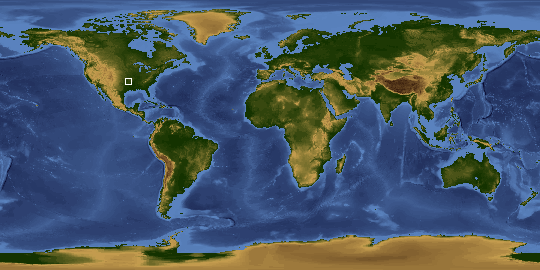 Other options available:
Download Packaged File
Download a Google Earth KML for this Image
View photo footprint information
Download a GeoTIFF for this photo
Image Caption: STS068-262-002 Fort Smith, Arkansas, U.S.A. October 1994
Apparent in this photograph are some haze and a single white smoke plume (left of center) that obscure some detail of historic Van Buren and Fort Smith, which are separated by the main channel of the winding Arkansas River. The commercial areas within these cities can be determined by the concentration of highly reflective surfaces. Visible are a segment of Interstate Highway 40 that passes Fort Smith on the north side of the Arkansas River and the eastern extent of Robert S. Kerr Reservoir to the west in Oklahoma (upper right corner). Most of west-central Arkansas consists of gently rolling hills; however, more rugged, wooded terrain is found north of Fort Smith and Van Buren.