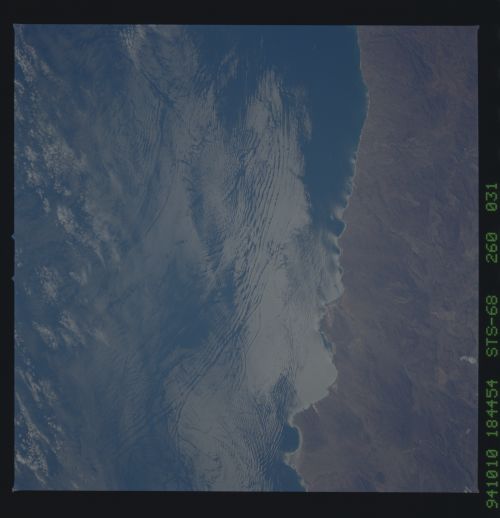 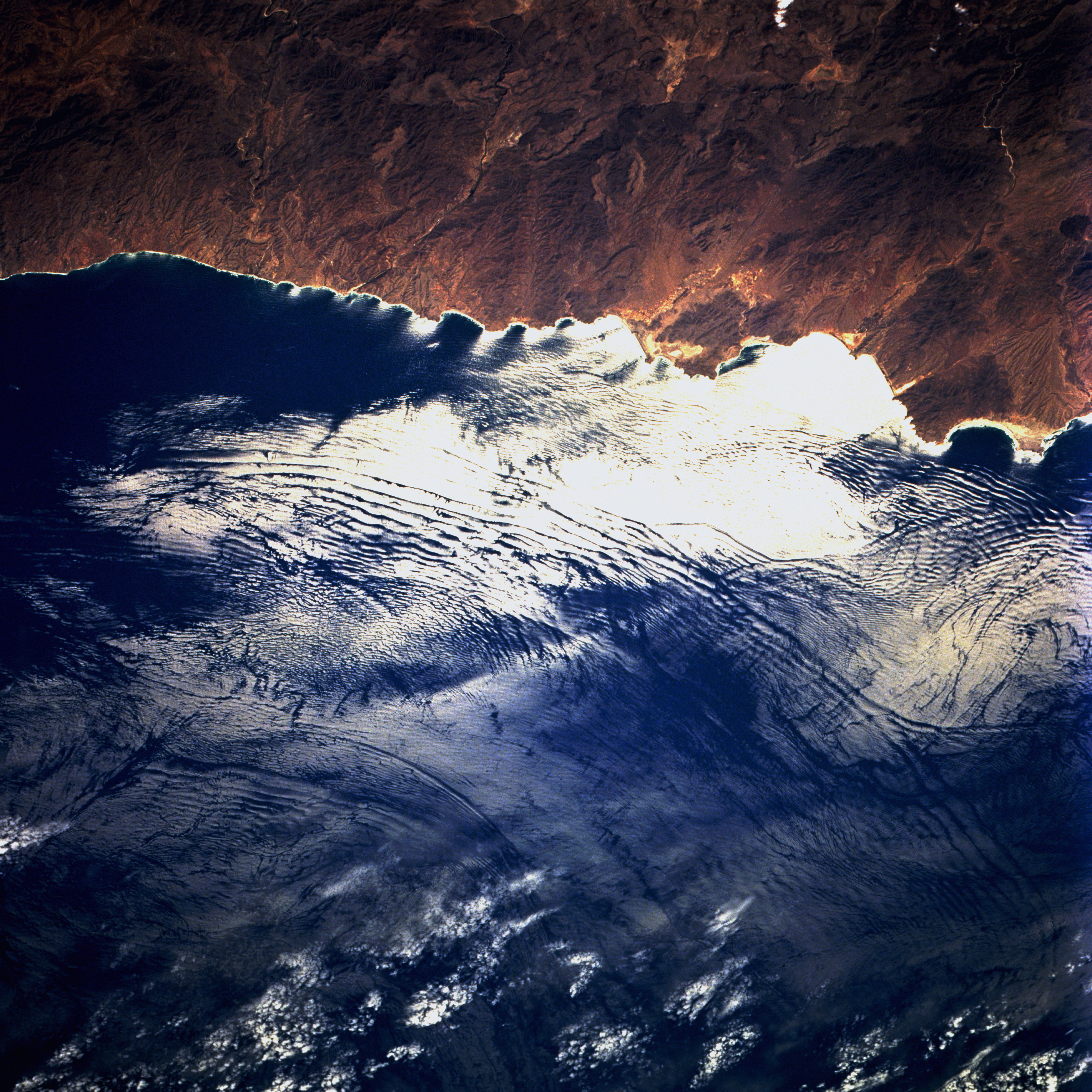 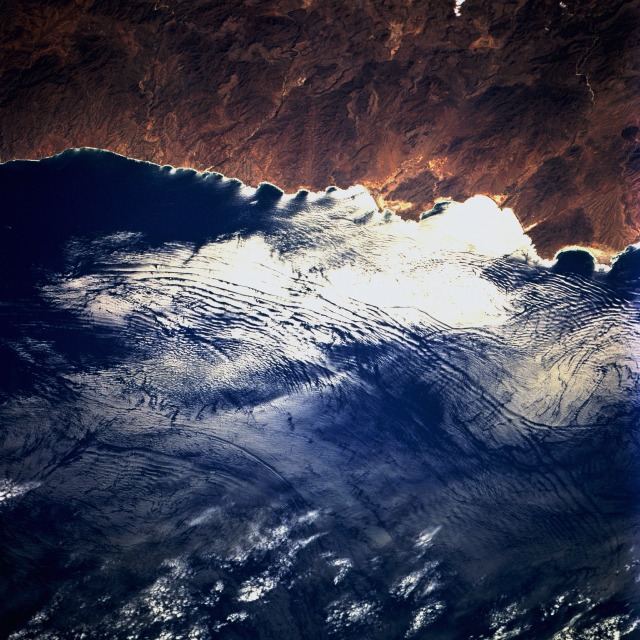 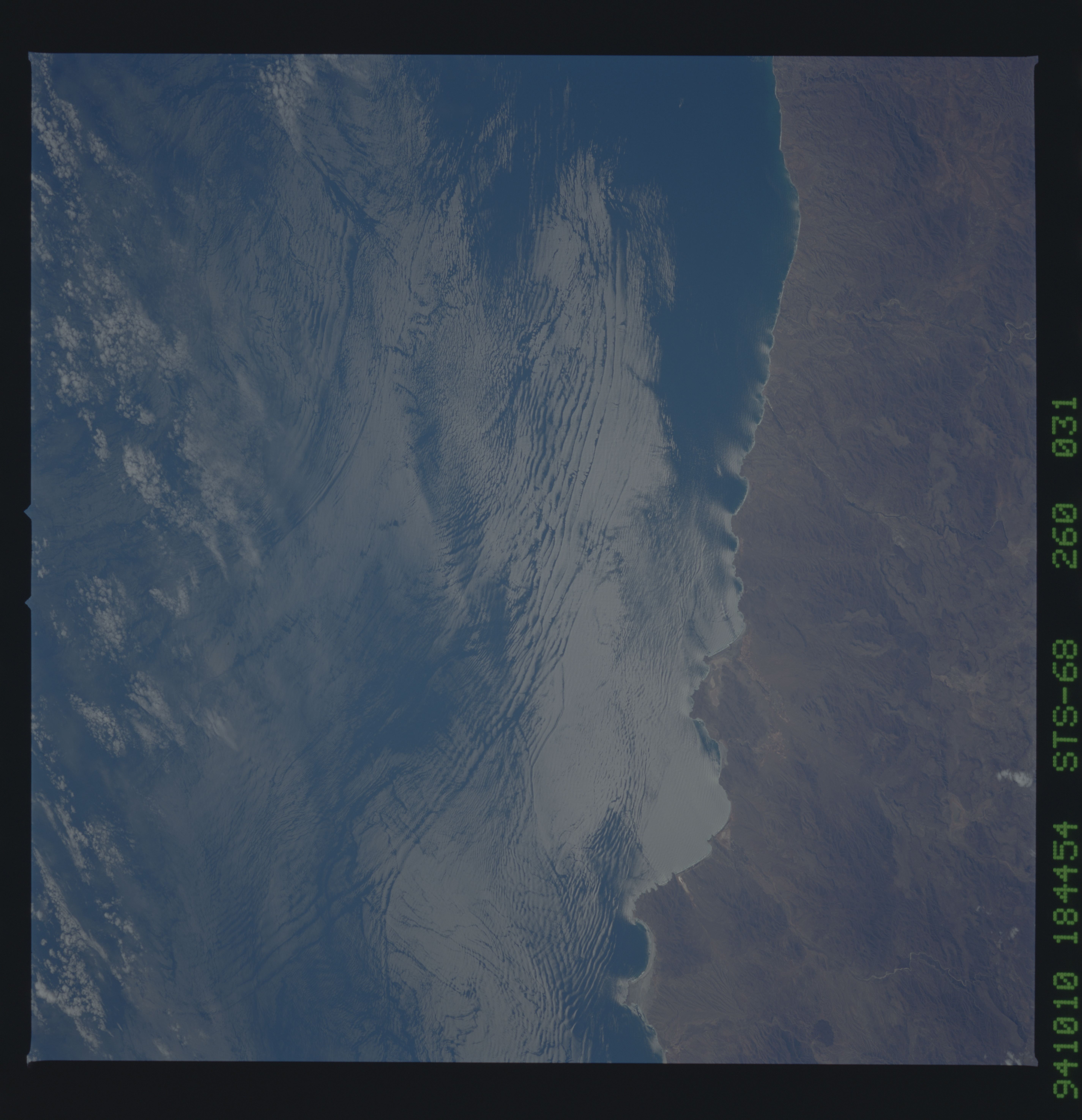 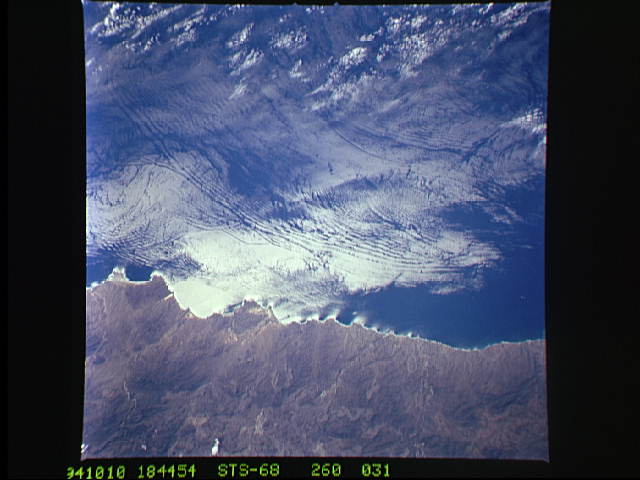 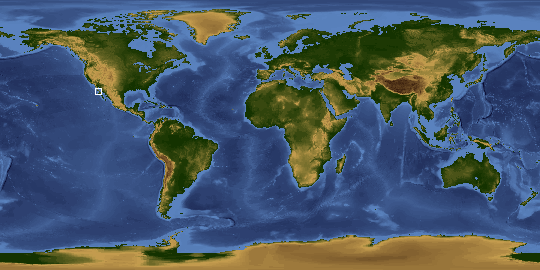 Other options available:
Download Packaged File
Download a Google Earth KML for this Image
View photo footprint information
Download a GeoTIFF for this photo
Image Caption: STS068-260-031 Internal Waves, Baja Peninsula, Mexico October 1994
In the sun-glint, bands of internal waves can be seen approaching the Baja Peninsula near Point Prieta in Mexico in this north-looking low-oblique view. The area of the band of internal waves is just to the north of the Bay of Sebastian Vizcaino. Internal Waves are located just below the sea surface from near 10 feet (3 meters) to over 300 feet (92 meters). They are most obvious at a density interface within the ocean, such as, the base of the upper mixed layer of thermocline. The spacing of these internal waves can vary from over 1 mile (1.6 km) to 5 miles (8 km) and they usually occur in packs of four to eight waves per packet. Oceanographers became aware of internal waves in 1975 when they were photographed in the Andaman Sea by astronauts on the Apollo-Soyuz Mission.