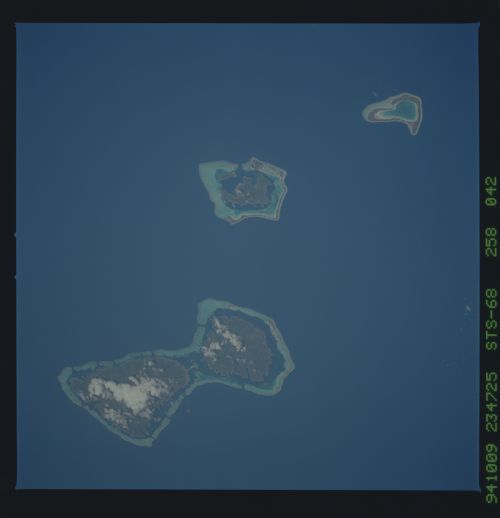 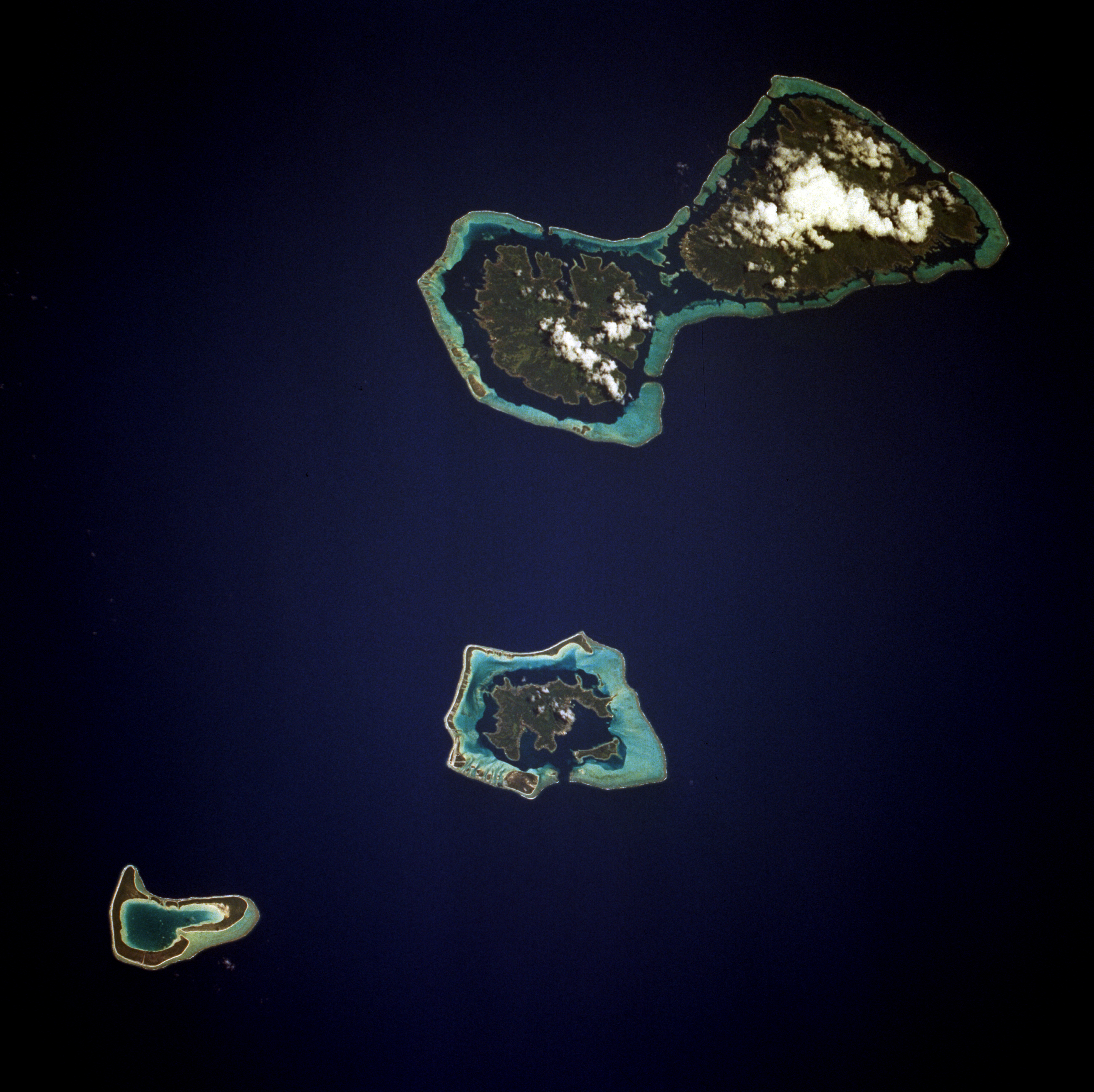 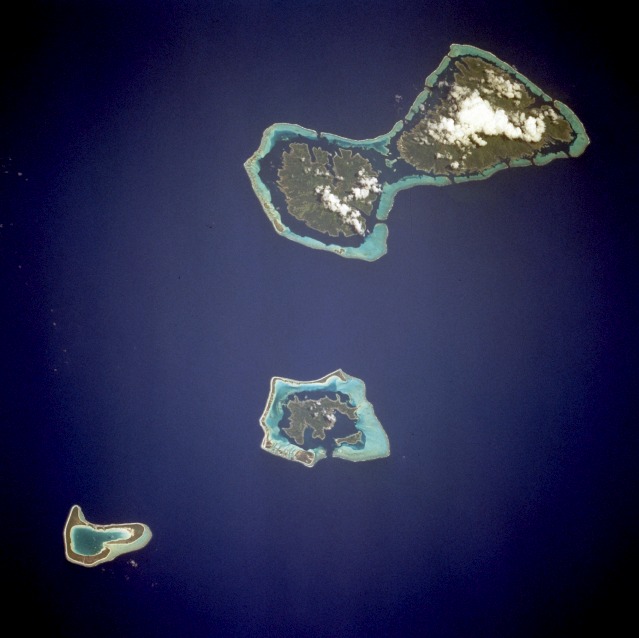 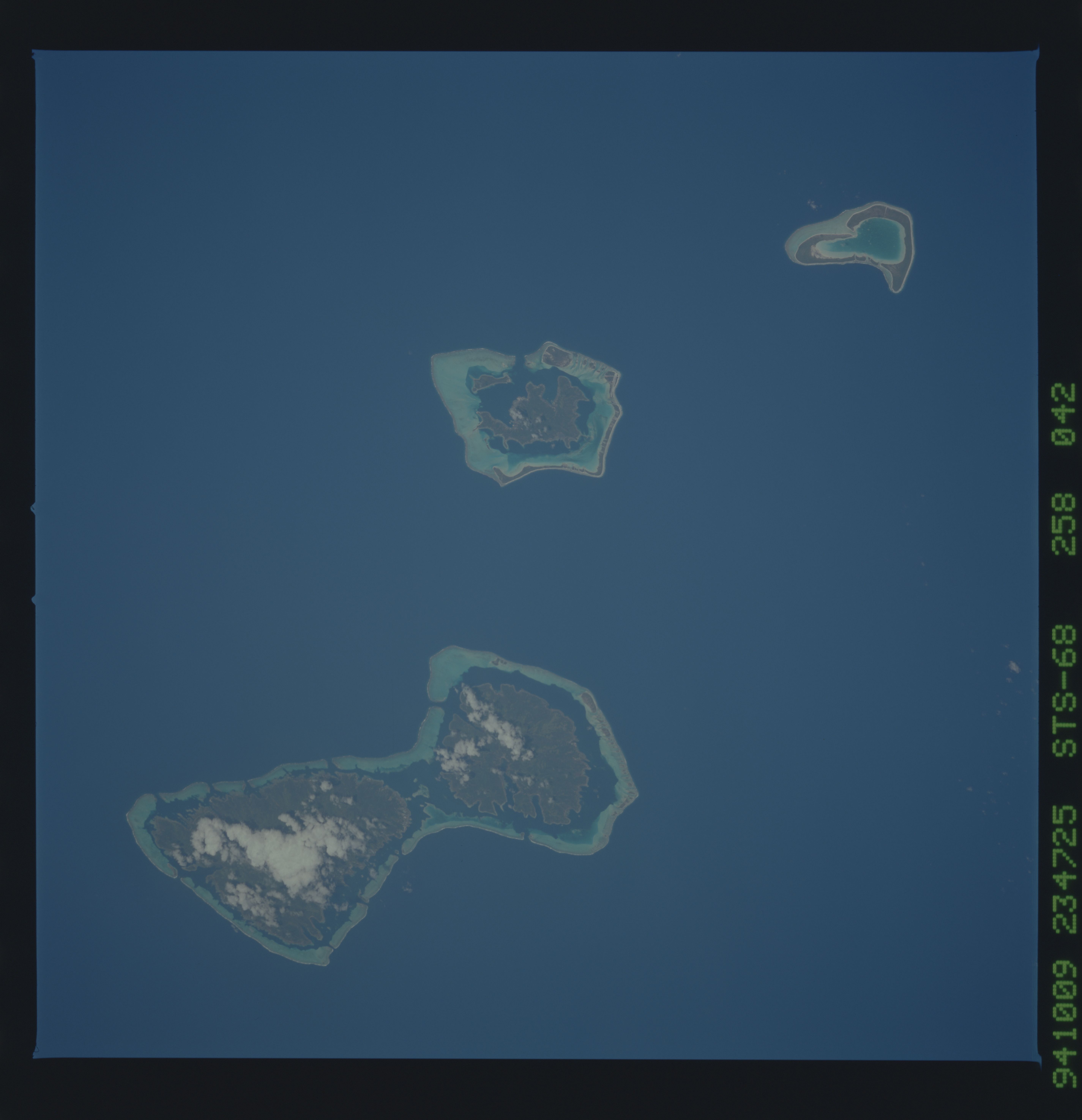 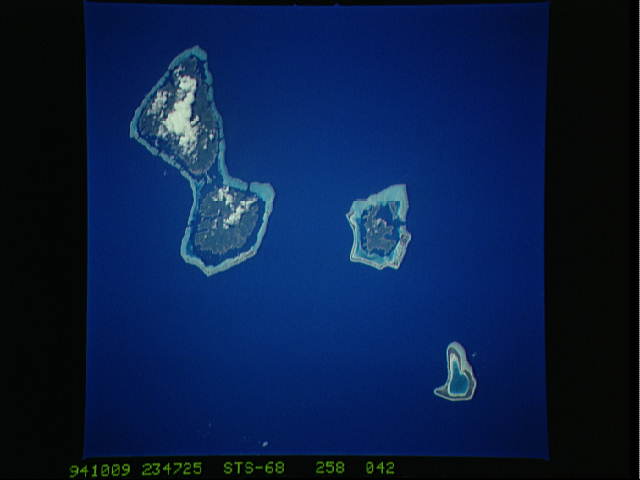 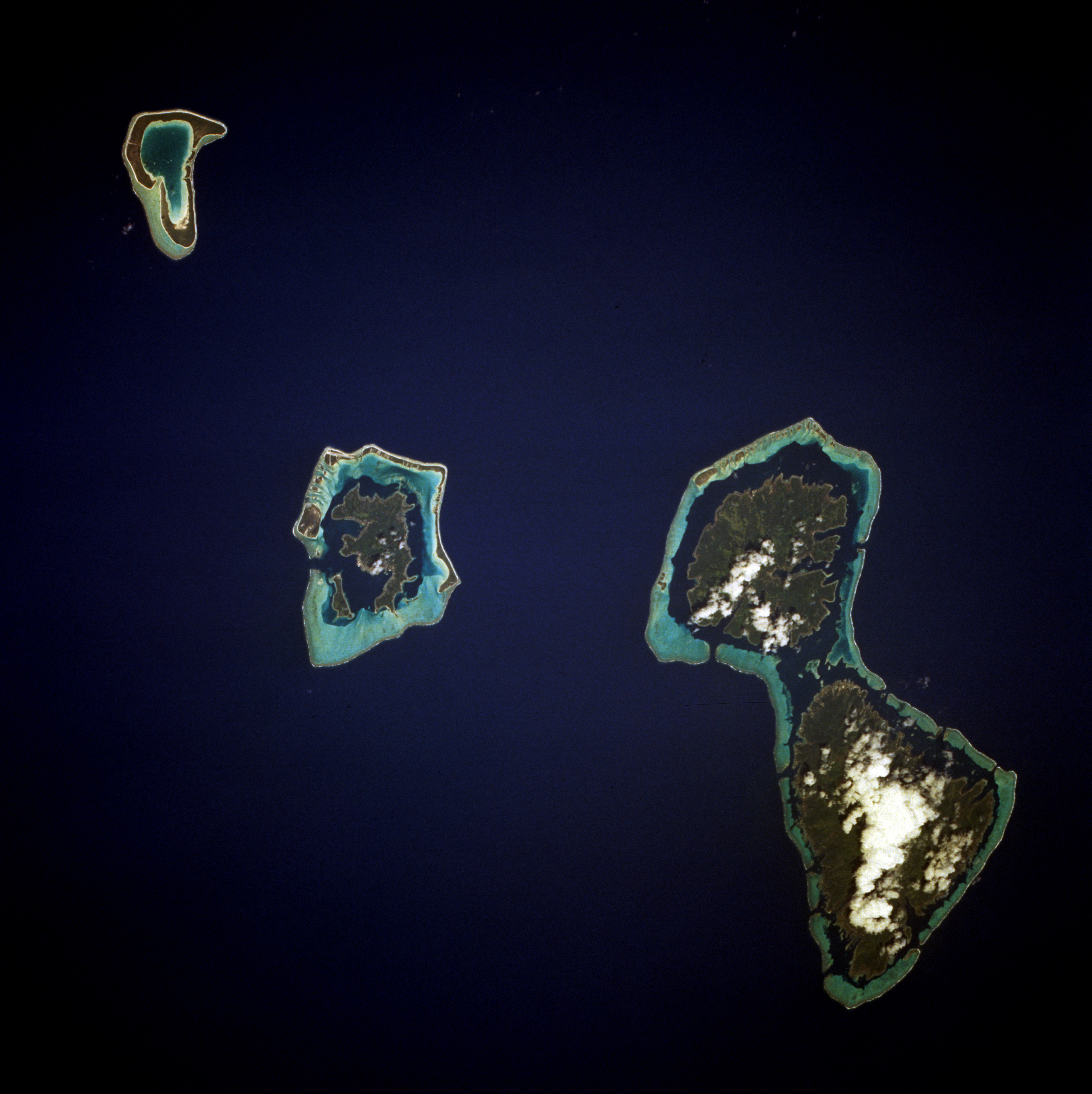 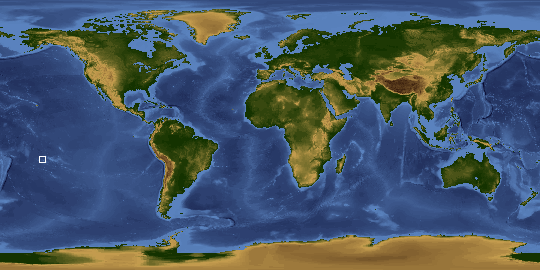 Other options available:
Download Packaged File
Download a Google Earth KML for this Image
View photo footprint information
Download a GeoTIFF for this photo
Image Caption: STS068-258-042 Bora-Bora, Society Islands, French Polynesia October 1994
Considered by many as one of the natural wonders of the world, the island of Bora-Bora is a single island surrounded by an extensive coral reef and a beautiful blue lagoon captured in the center of this low-oblique photograph. Like most of its neighboring islands, Bora-Bora, a remnant of a severely eroded, exposed tip of an extinct volcano, is one of the volcanic Society Islands, part of French Polynesia. The coral reef north of Bora-Bora is Tupai Atoll. The two islands southeast of Bora-Bora--Tahaa (northern island) and Raiatea (larger southern island)--are encircled by a single coral reef system. These three islands and atoll represent an excellent teaching tool to explain the evolutionary physical cycle, which requires thousands of years, through which these volcanic islands pass. Three types of coral reefs--fringing reefs, barrier reefs, and atolls--develop in sequence around the south Pacific volcanic islands. Similarly, the volcanic islands are born and erode until no land or inner islands exist, and only the coral atolls remain.