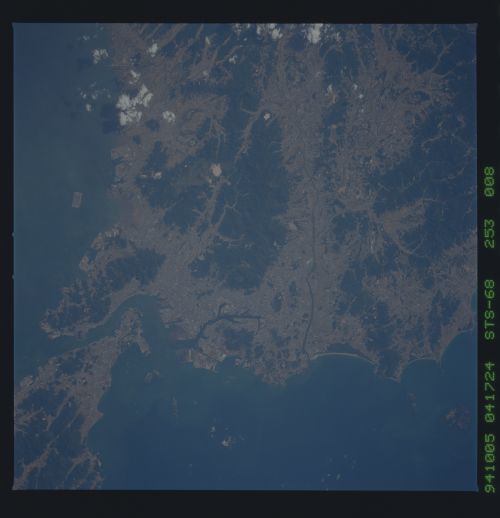 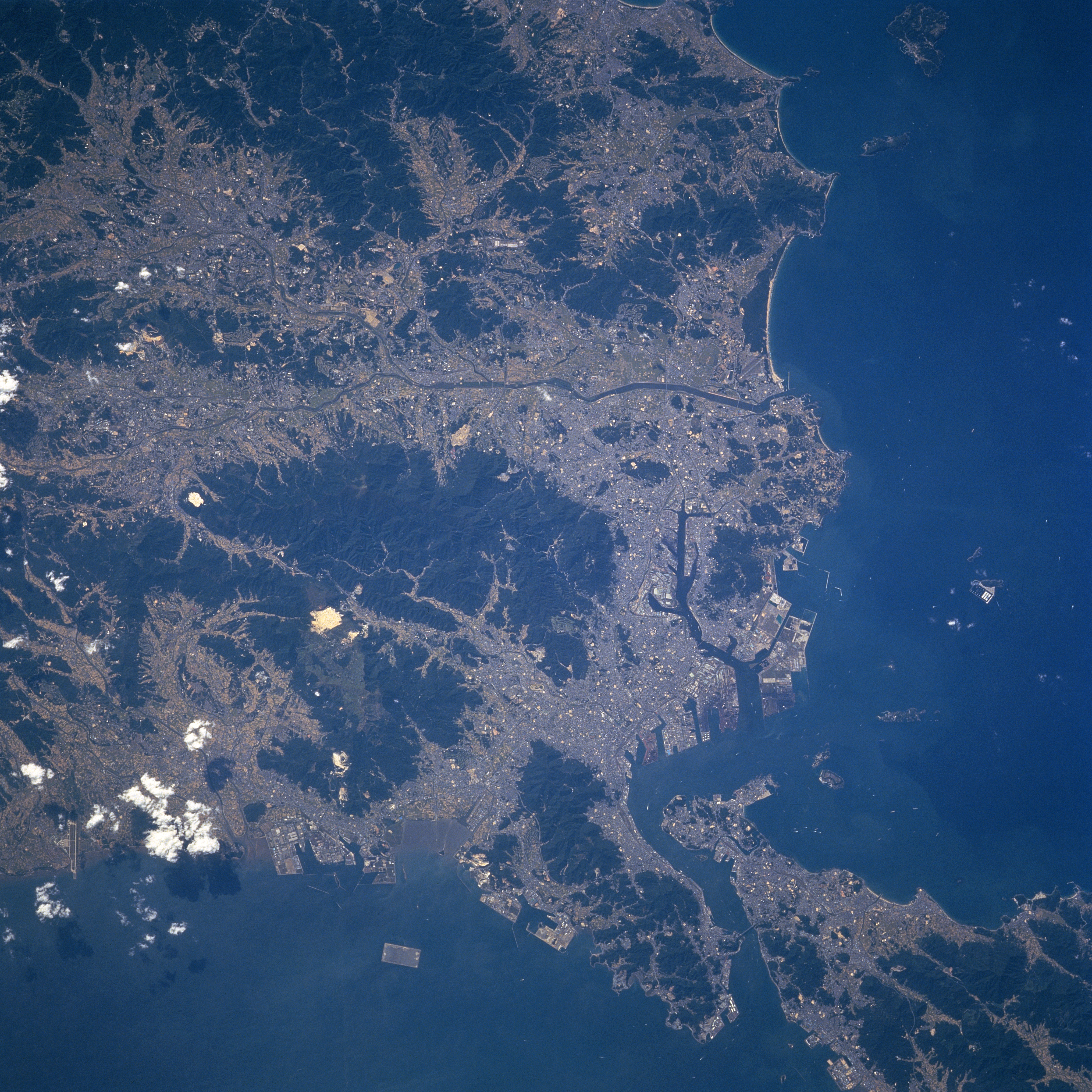 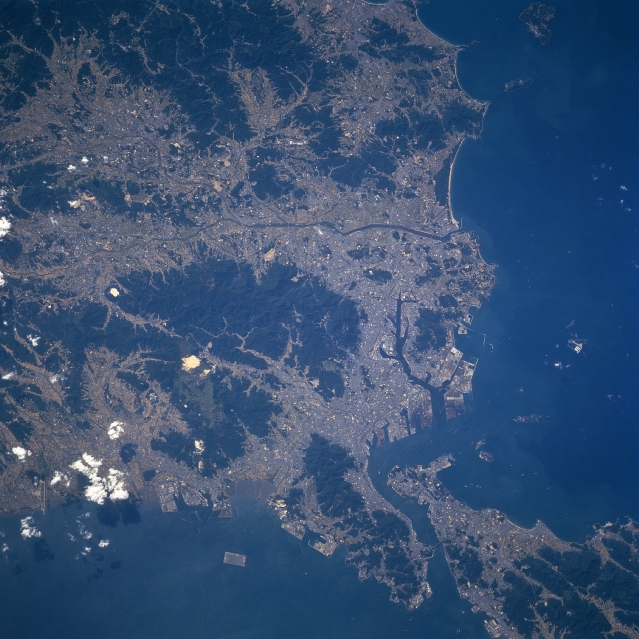 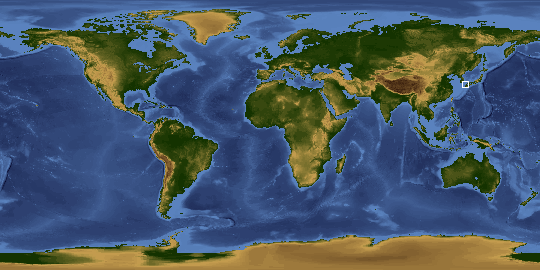 Other options available:
Download Packaged File
Download a Google Earth KML for this Image
View photo footprint information
Image Caption: STS068-253-008 Kitakyushu, Kyushu, Japan October 1994
The Shimonoseki Strait separates the southwest tip of Honshu from the northern tip of Kyushu Island (lower right), the southernmost of the four main Japanese Islands. One of Japan's major international ports, Kitakyushu, a city of over one million people, is located along the northern tip of Kyushu. Kitakyushu is connected to the city of Shimonoseki on the Honshu side of the strait by a tunnel and Kanmon bridge (near the lower right corner). The darker terrain shows the extent of the forested mountains and the lighter-colored regions show the distribution of human habitation in the river valley, the coastal lowlands, and the limited plains. These lighter areas consist of the residential, industrial, and commercial uses of the land, including limited agriculture. A variety of harbor facilities (irregular but angular patterns along the coastline) are visible, especially on the Strait of Korea side (left of the Shimonoseki Strait). The rectangular-shaped feature in the water (bottom center) west of the larger peninsula is the newly constructed Kitakyushu International Airport.