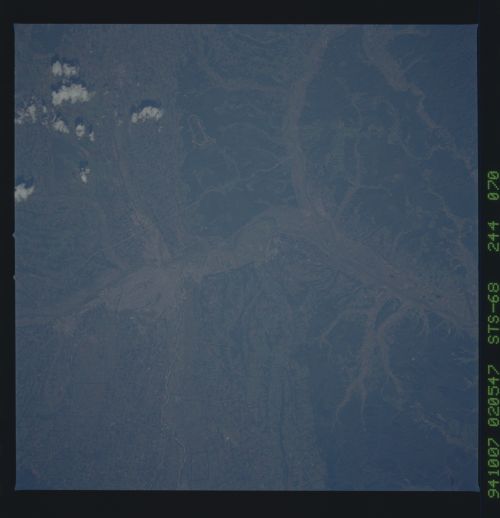 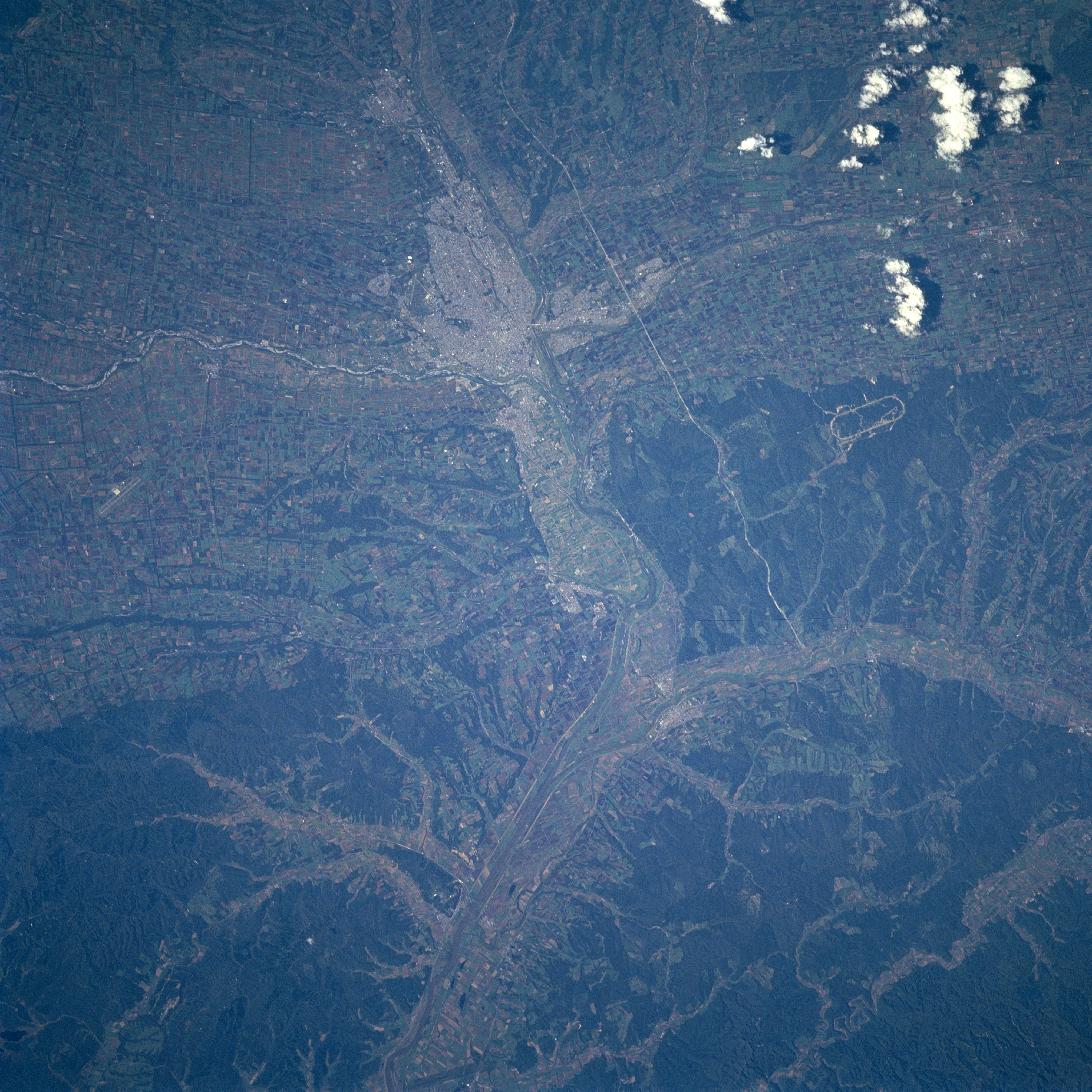 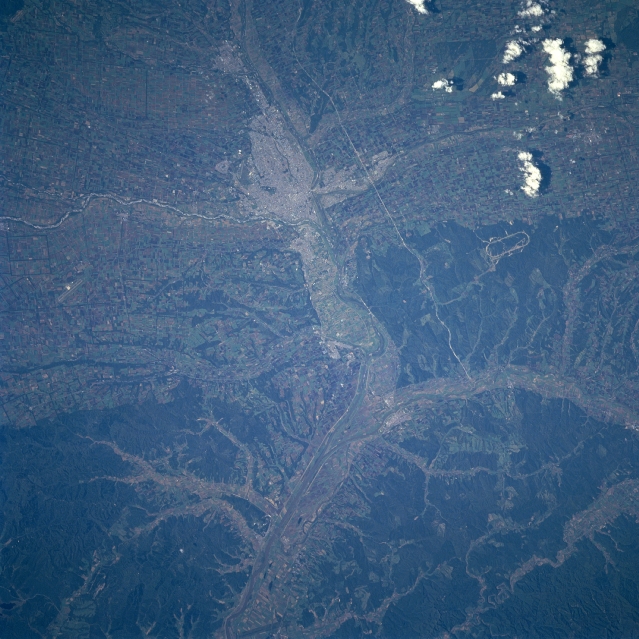 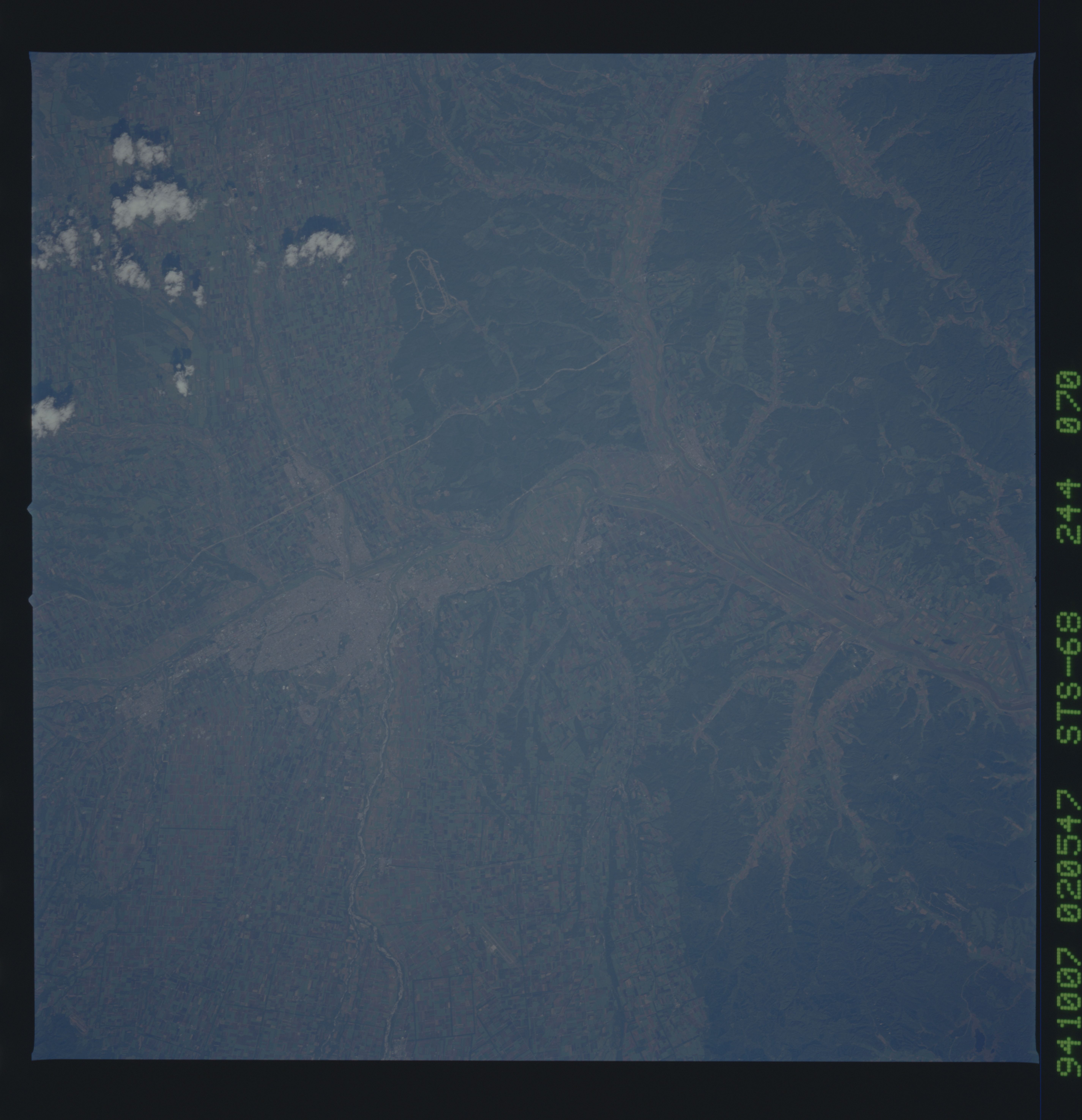 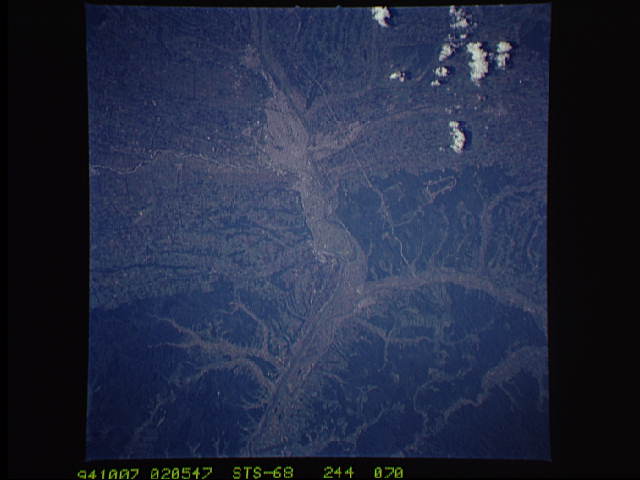 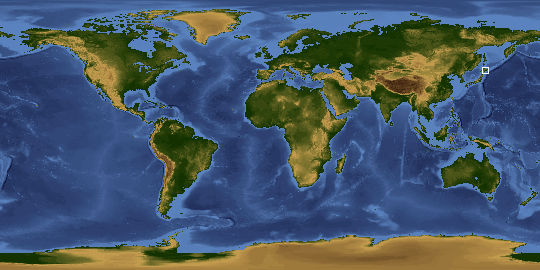 Other options available:
Download Packaged File
Download a Google Earth KML for this Image
View photo footprint information
Download a GeoTIFF for this photo
Image Caption: STS068-244-070 Obihiro Area, Hokkaido, Japan October, 1994
Located in the heart of the major agricultural belt on the Tokachi Plain near Hokkaido's southeast coast, the city of Obihiro (population just under 170000) is visible as the highly reflective area slightly above center of the image. The intensively cultivated Tokachi Plain used for large-scale agriculture as well as dairy and livestock breeding management operations, occupy the upper half of the image (mottled-looking landscape). The dark landscape towards the bottom half of the image, are forested, low mountains interrupted by the lighter-colored drainage pattern, where agricultural activities are the major land use in the valleys. There is a light-colored oval, racetrack-shaped (automobile test track) feature (right middle) within the darker, vegetated slopes of the mountains northeast of Obihiro. Two broad floodplains (lighter-colored swaths) of the Tokachi River (bends toward the north) and the Obihiro River (bends west) are also visible. The confluence of these rivers can be seen (below the center of the image) as they continue their southeasterly journey to eventually empty into the Pacific Ocean. An unidentified north flowing river (highly reflective, winding, linear feature) can be seen entering the Obihiro River (east of the city) near the center of the image. The east-west aligned linear feature (north of the Obihiro River) is a highway.