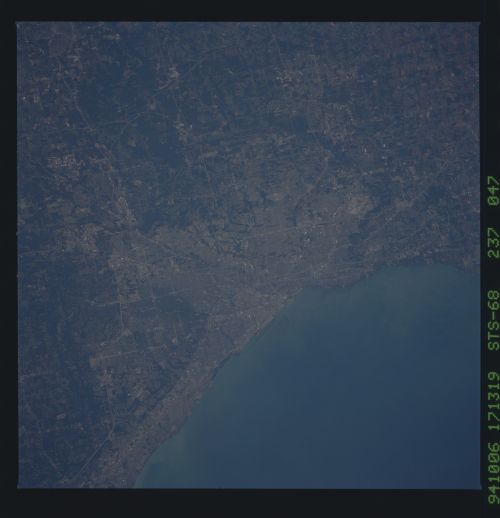 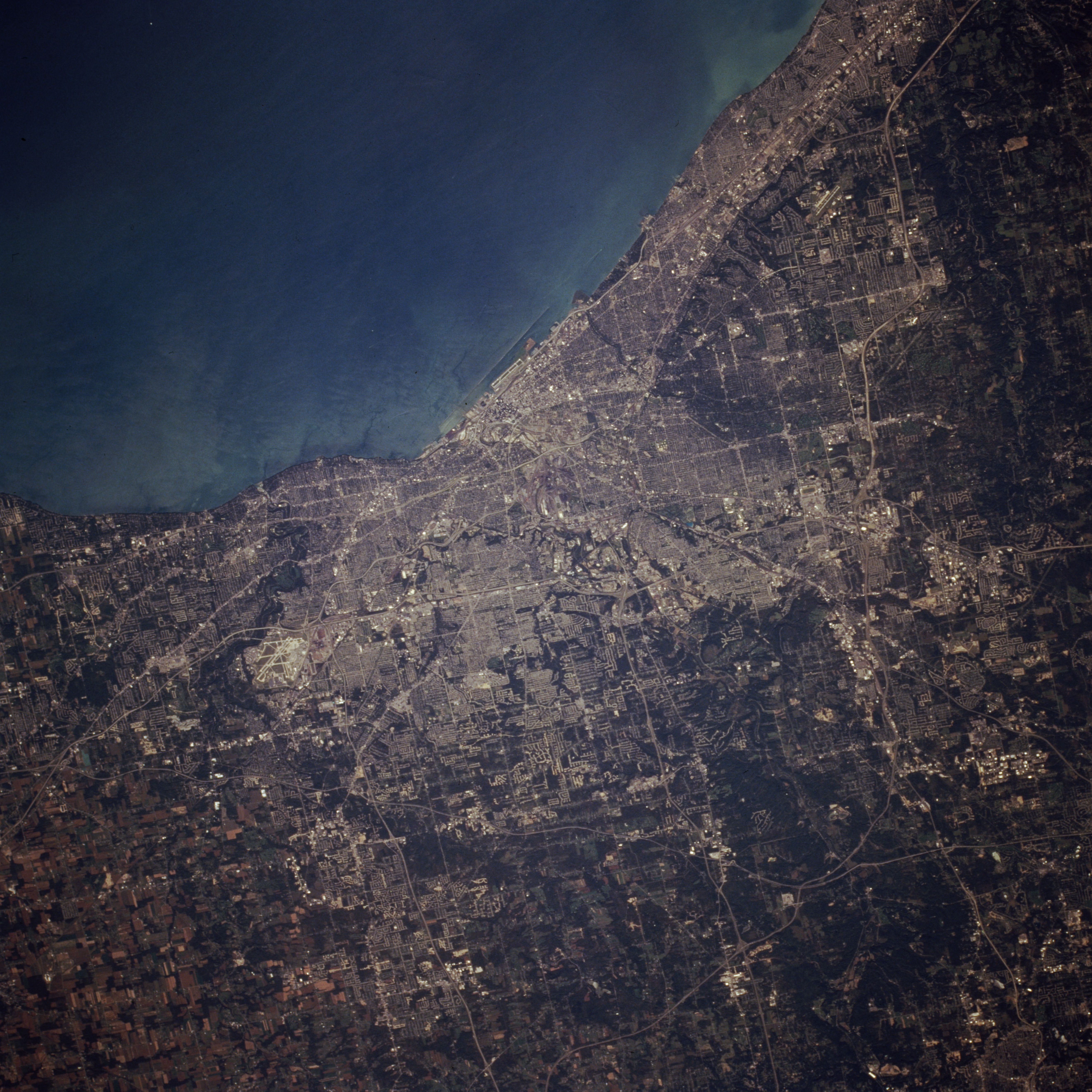 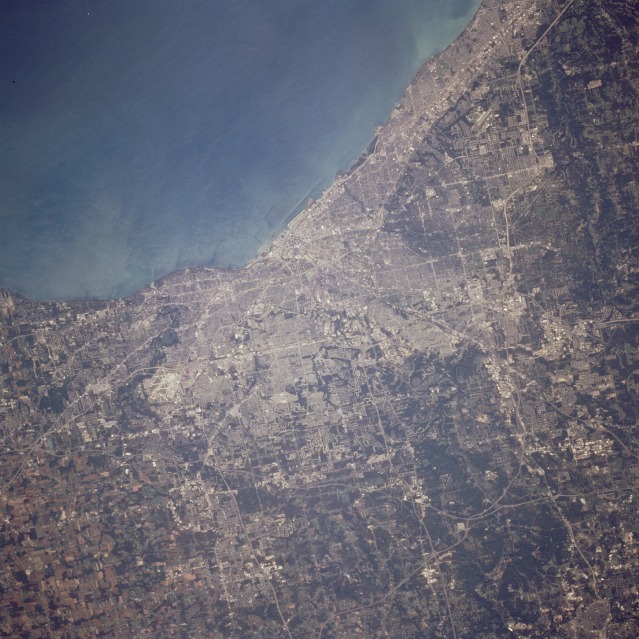 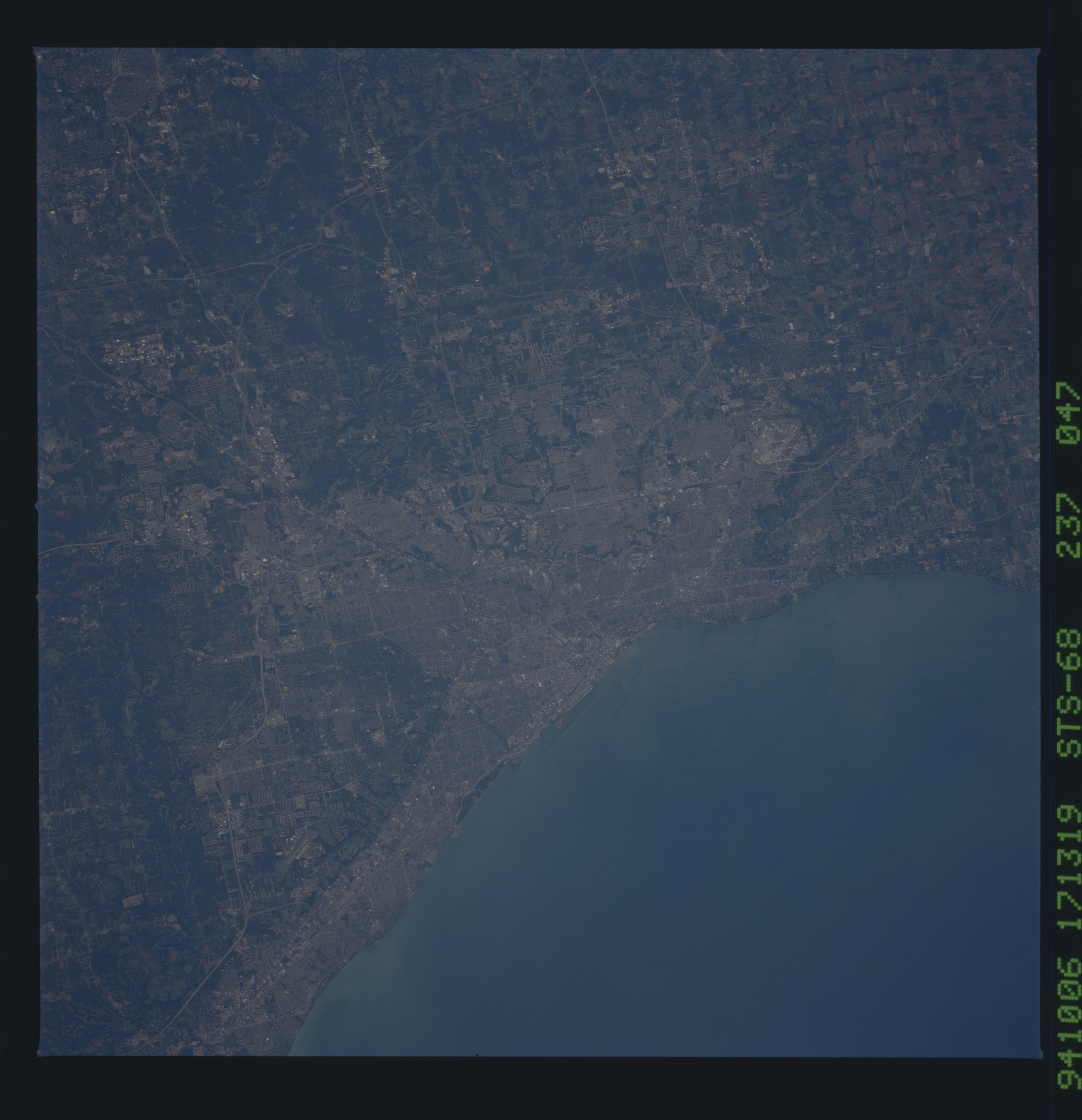 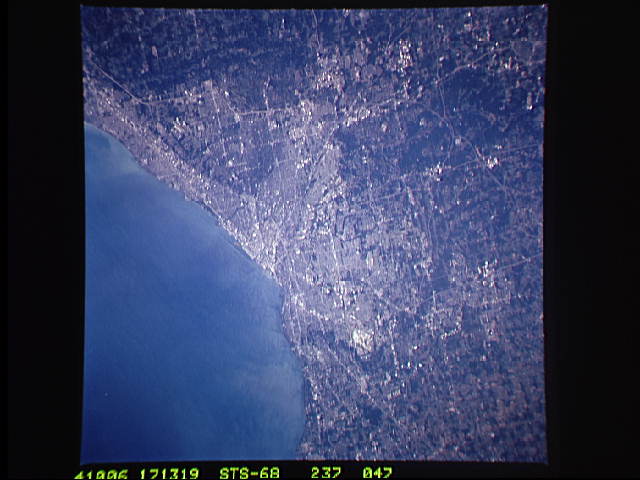 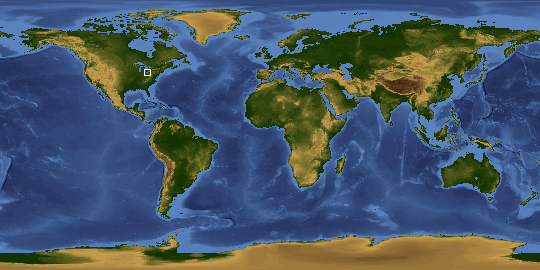 Other options available:
Download Packaged File
Download a Google Earth KML for this Image
View photo footprint information
Download a GeoTIFF for this photo
Image Caption: STS068-237-047 Cleveland, Ohio, U.S.A. October 1994
The city of Cleveland, a port of entry and a commercial and industrial center, appears on the southern shore of Lake Erie at the mouth of the Cuyahoga River in this southwest-looking, low-oblique photograph. With a metropolitan population of 2.7 million, the city is a Great Lakes shipping point and one of the nation's leading iron and steel centers. Cleveland is the headquarters for 7 of the approximately 15 shipping lines that own the Great Lakes fleet. The city's industries include metallurgical manufacturing, electrical equipment and chemical production, oil refining, automobile assembly, garment manufacturing, and food processing. Cleveland's central location midway between the coal and oil fields of Pennsylvania and the Minnesota iron mines (via the Great Lakes) spurred the city's industrialization in the 1800s. John D. Rockefeller began his oil dynasty in Cleveland in the late 1870s. West of center in the photograph, the runways of the Cleveland-Hopkins International Airport can be seen. Pollution in the Cuyahoga River and Lake Erie has improved dramatically since the 1960s and early 1970s when flammable products floating on the Cuyahoga River ignited.