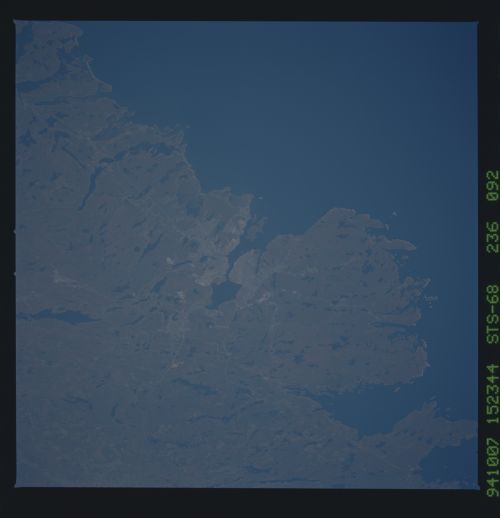 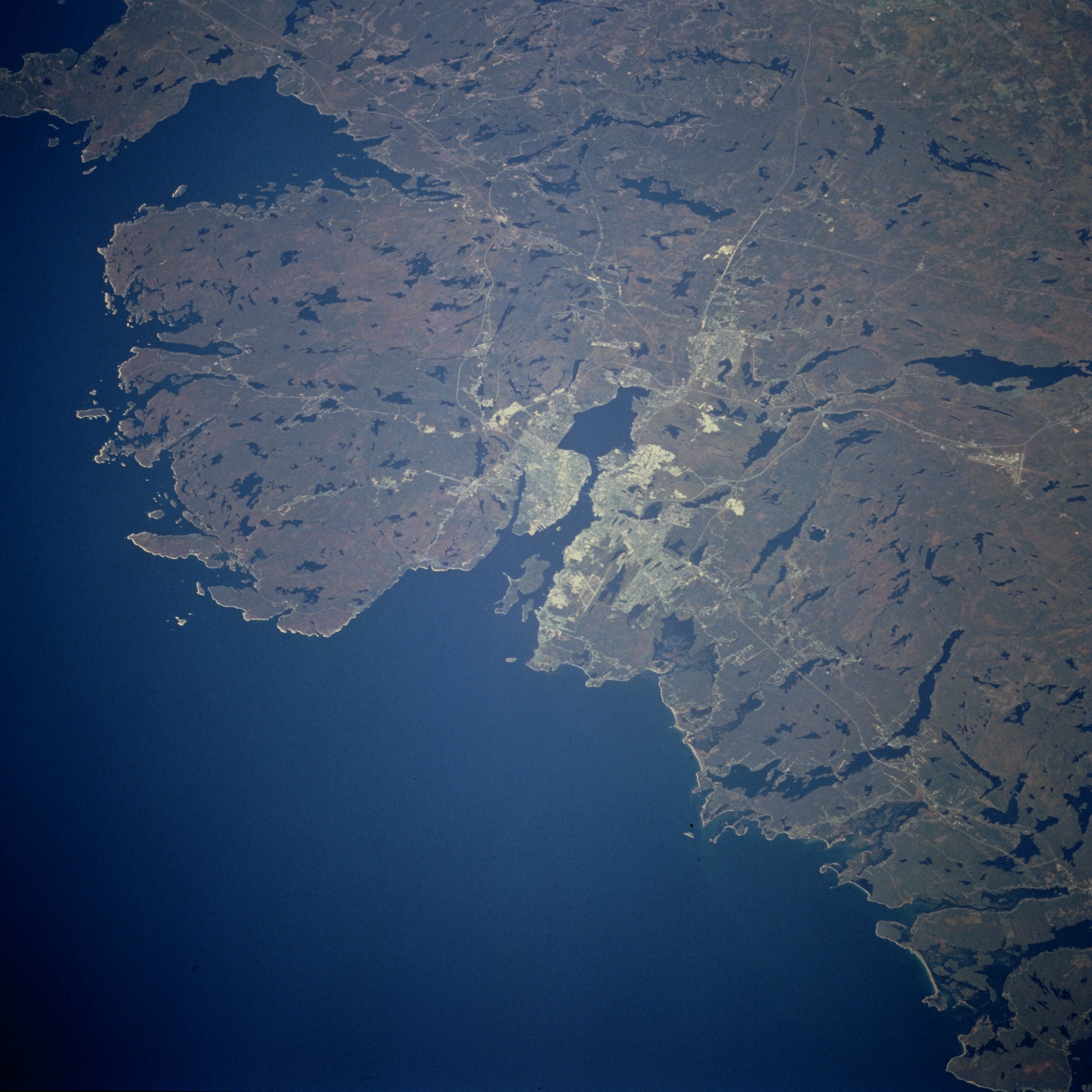 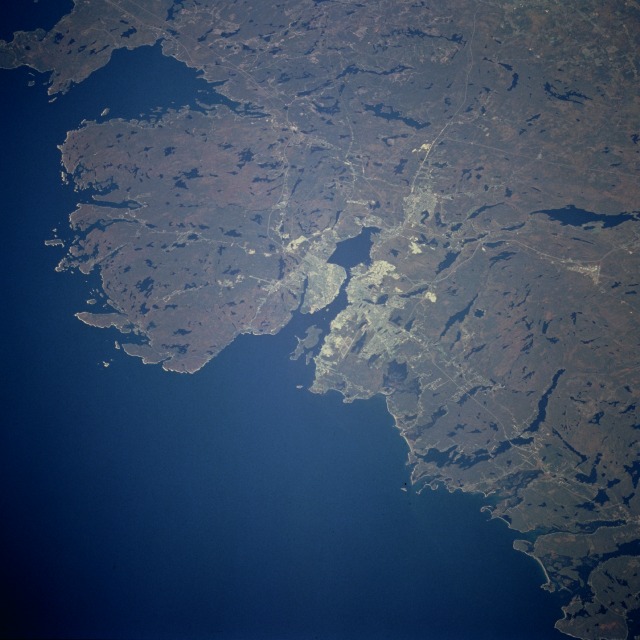 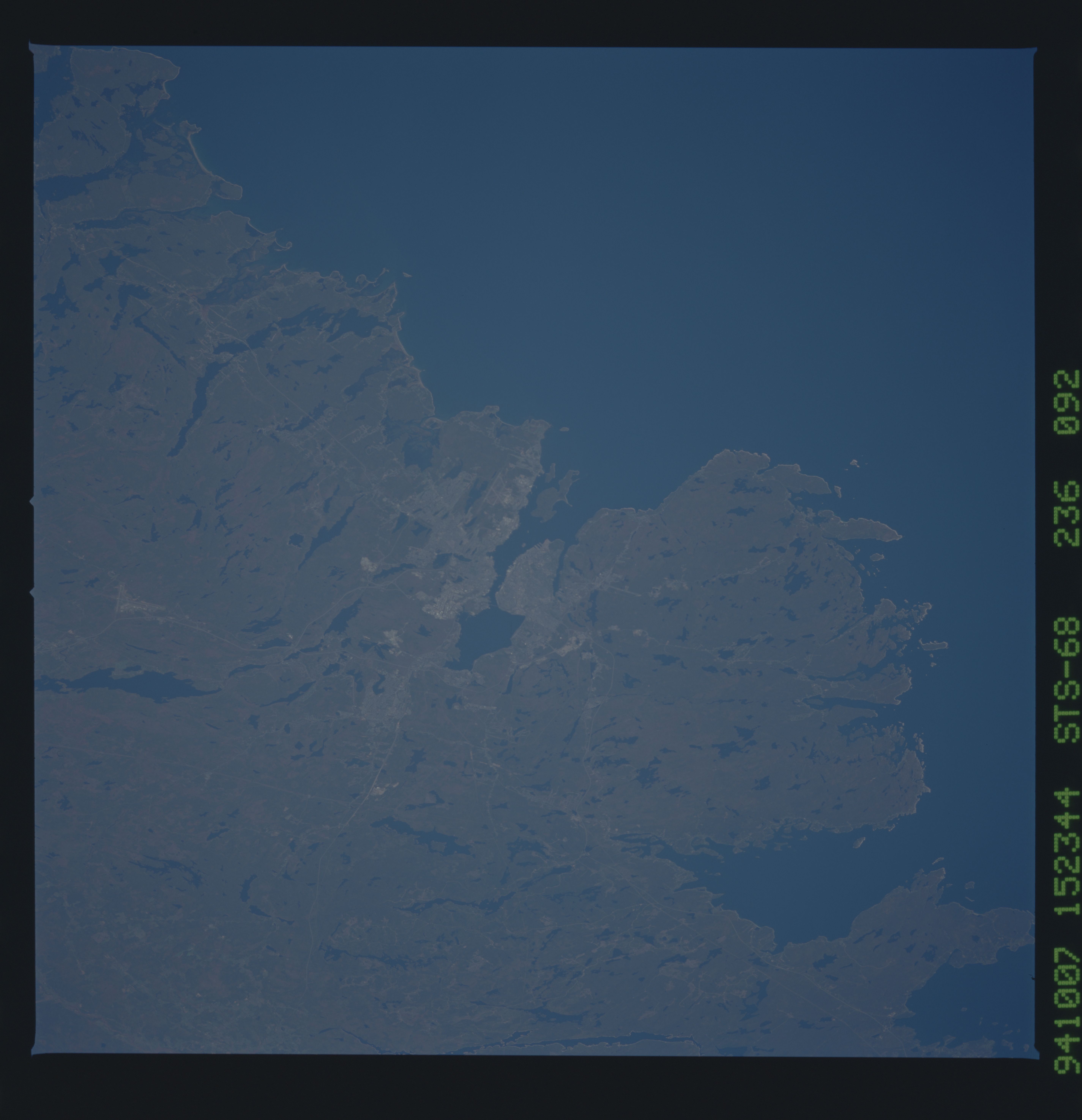 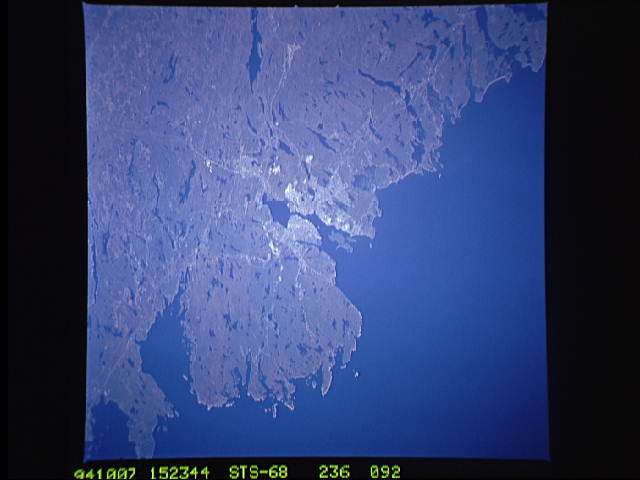 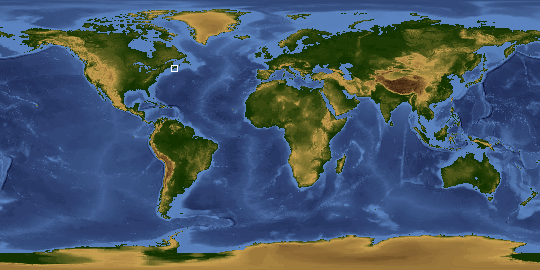 Other options available:
Download Packaged File
Download a Google Earth KML for this Image
View photo footprint information
Image Caption: STS068-236-092 Halifax, Nova Scotia, Canada October 1994
The effects of the continental ice sheet that covered the northeastern part of North America about 15 000 years ago is evident in the physical landscape surrounding the city of Halifax, Nova Scotia. The many lakes are the result of glacial scouring as the ice sheets advanced and then retreated, leaving low, water-filled areas. Most of the rural areas of the glaciated landscape are now covered by northern coniferous forests. The city of Halifax is located along the south side of Halifax Harbour. The metropolitan area including Dartmouth (the city along the northern side of Halifax Harbour), with a population of approximately 320 000, is the largest Canadian commercial center with direct access to the Atlantic Ocean. The natural harbor affords ideal drydocks, dockyards, and transshipping facilities for both imports and exports. The numerous thin, white lines radiating from the metropolitan area are highways, railroads, and power line rights-of-way extending across the forested hinterland. The runways of two major airports are visible--the T-shaped runways of Halifax International Airport approximately 15 miles (25 kilometers) north of the urban area and the runways of the Shearwater CFB (military base) east of Dartsmouth. During World War II, many ship convoys were assembled in Halifax Harbour for the transatlantic crossing. St. Margaret Bay is the large bay southwest of the Halifax area.