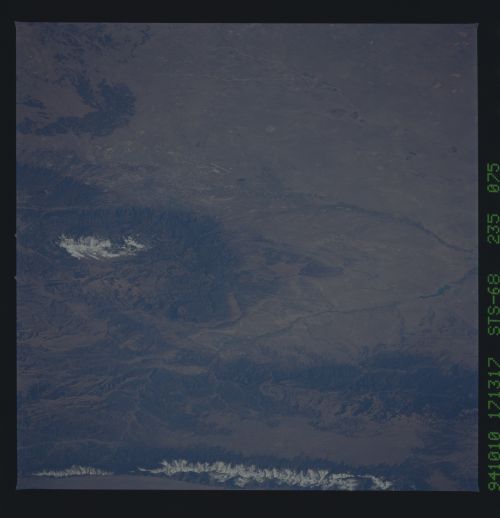 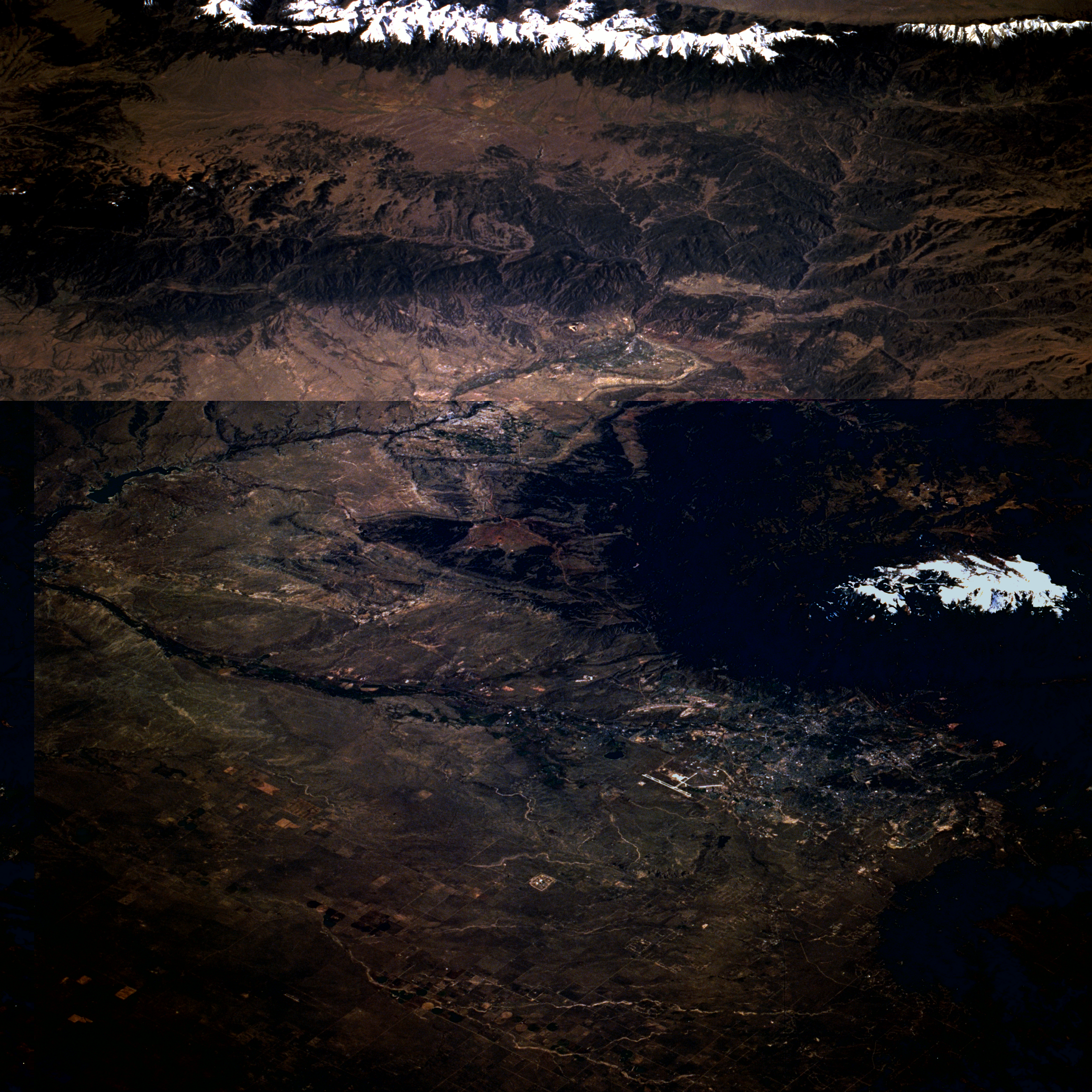 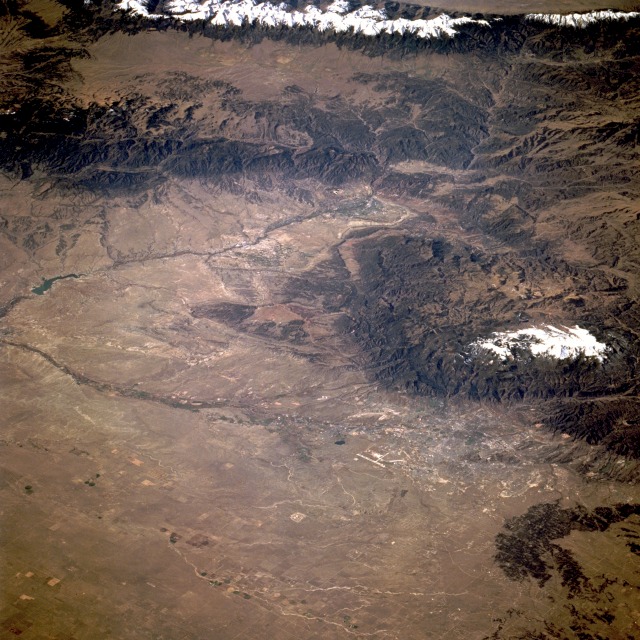 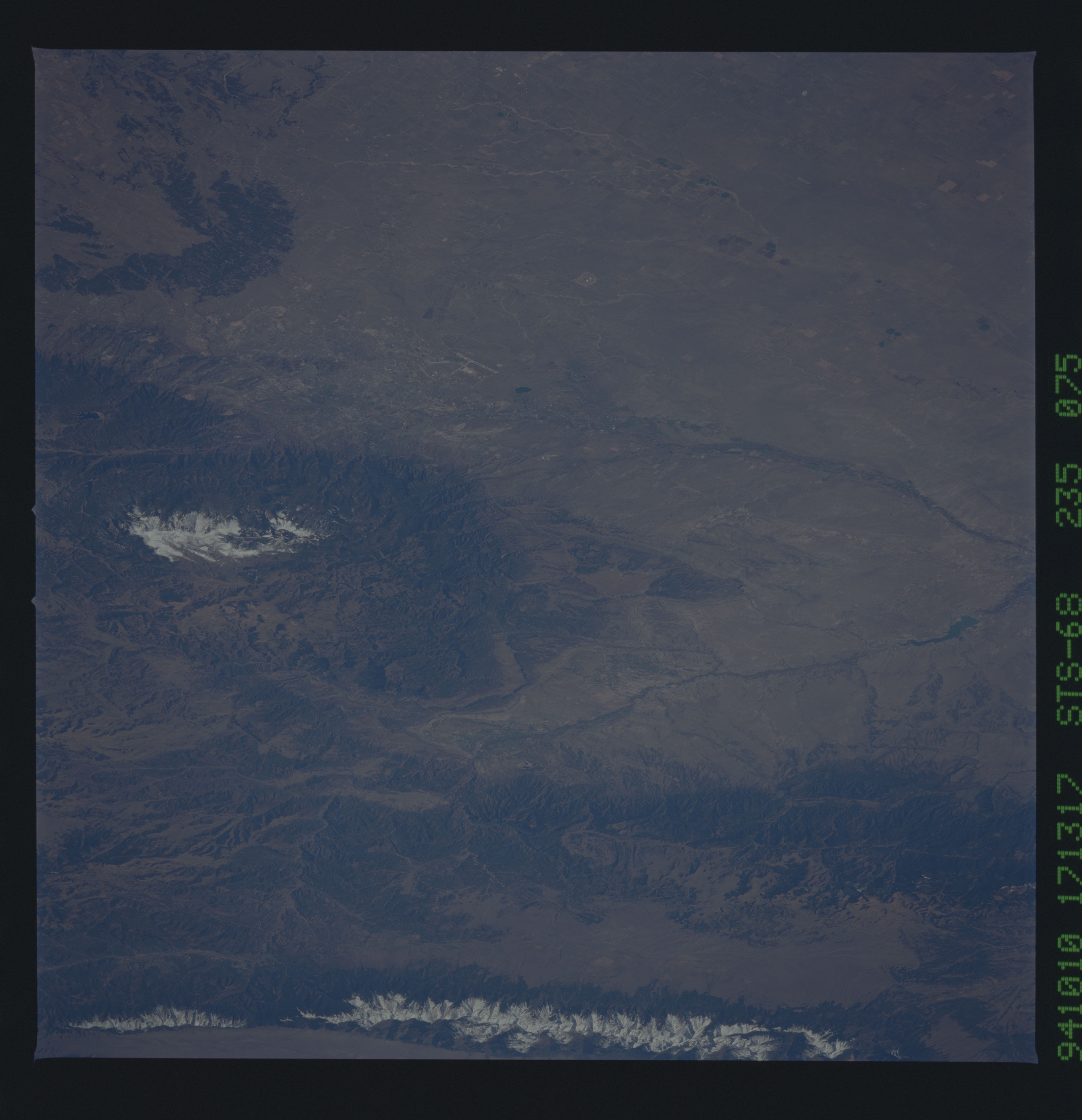 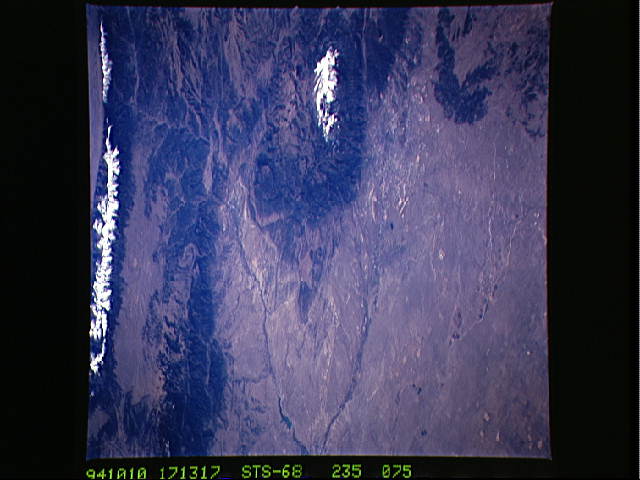 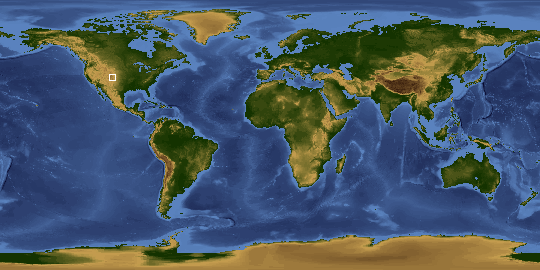 Other options available:
Download Packaged File
Download a Google Earth KML for this Image
View photo footprint information
Image Caption: STS068-235-075 Colorado Springs and Pikes Peak, Colorado, U.S.A. October 1994
Sitting at the foot of Pikes Peak, Colorado Springs [located 60 miles (100 kilometers) south of Denver] can be seen in this southwest-looking, low-oblique photograph. The city grew as a trade center for the Cripple Creek gold field in the 1870s. Pikes Peak, discovered in 1806 by Zebulun Pike, is located in the Front Range of the Rocky Mountains. The mountain is a tourist attraction noted for the view from its generally snowcapped summit, which can be reached by cog railway or highway. Colorado Springs is a beautiful residential and year-round vacation and resort city, with thriving industries producing a wide variety of products. Many mineral springs are located nearby, and the U.S. Air Force Academy is situated north-northwest of the city. Geographic features visible in the photograph are the Arkansas River Valley (south of Colorado Springs), the forest-covered Wet Mountains (southwest of Colorado Springs), and the snow-covered Sangre de Cristo Mountains (hugging the western edge of the photograph).