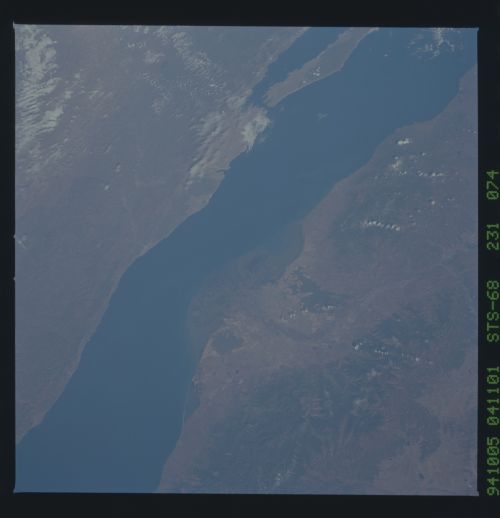 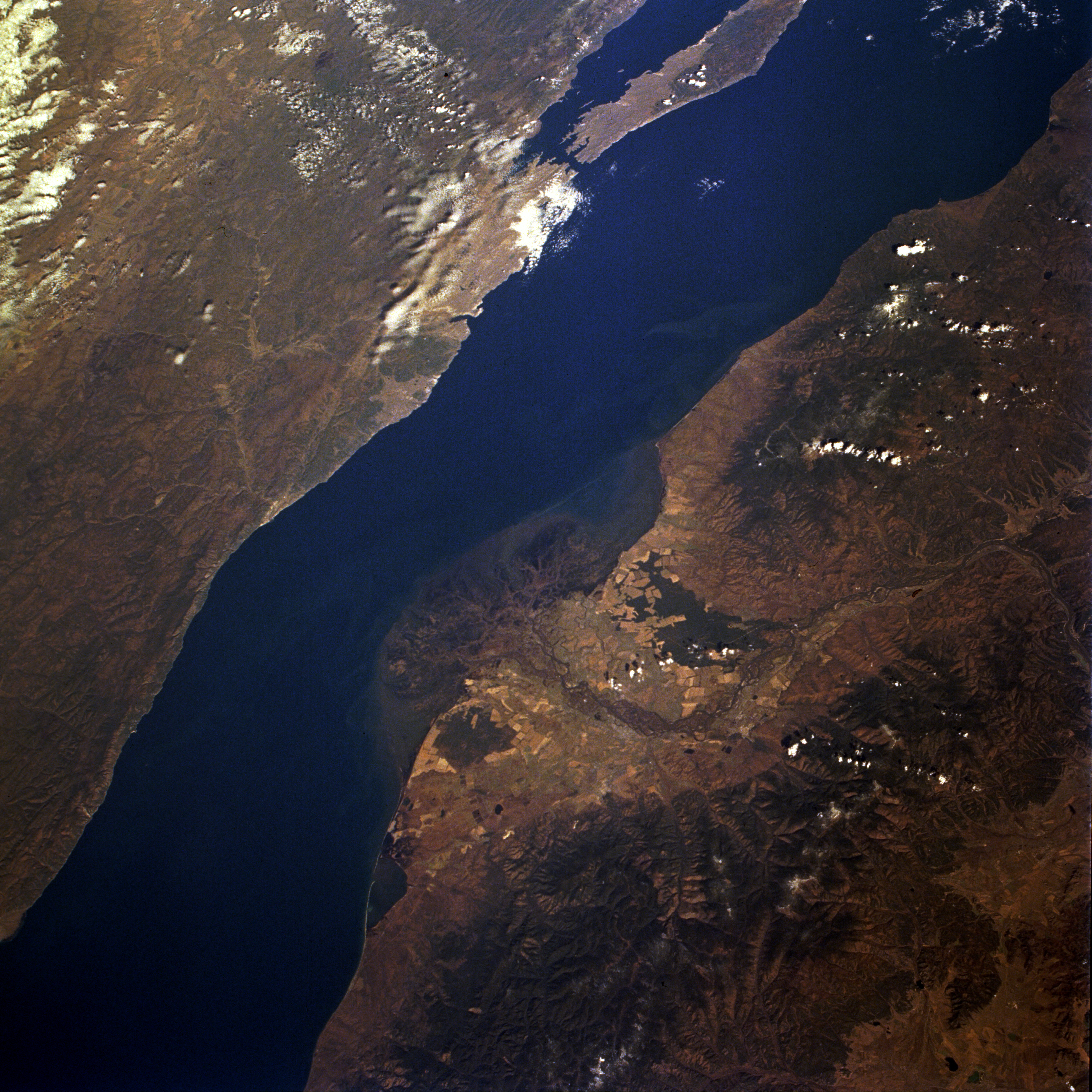 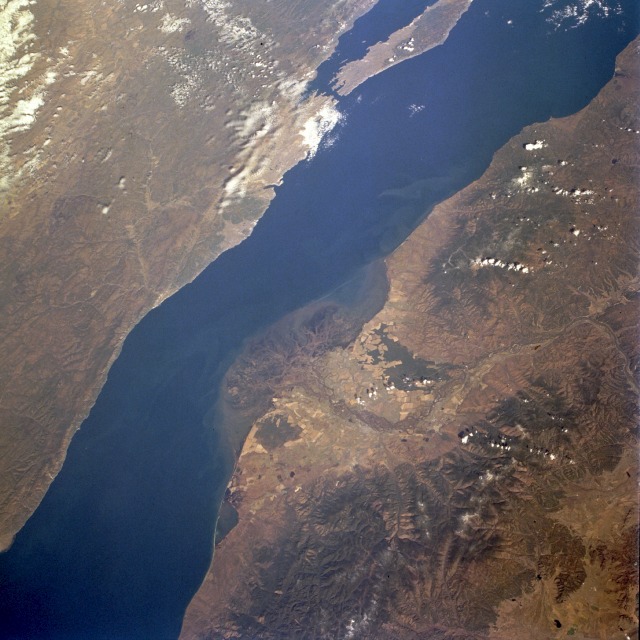 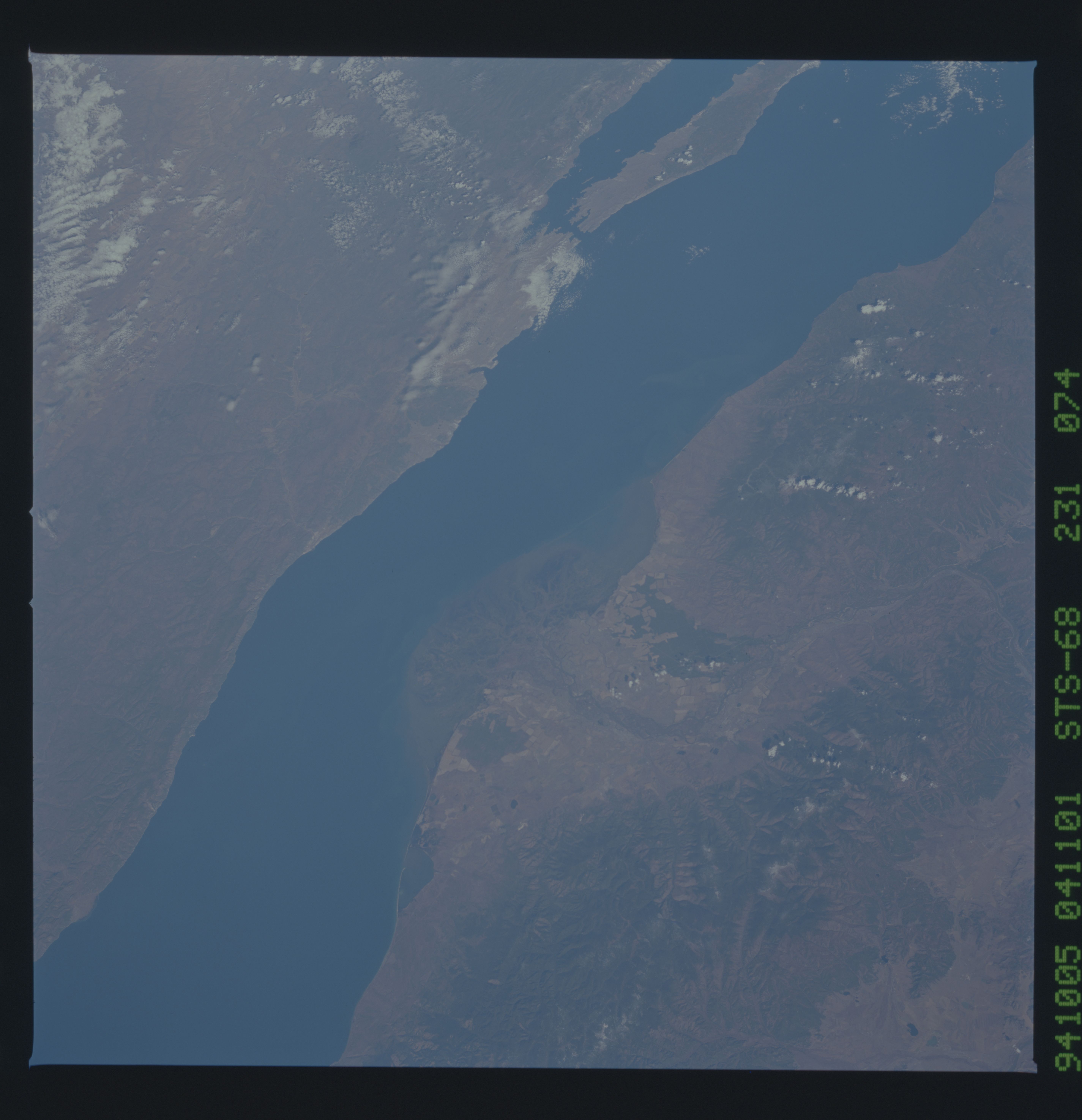 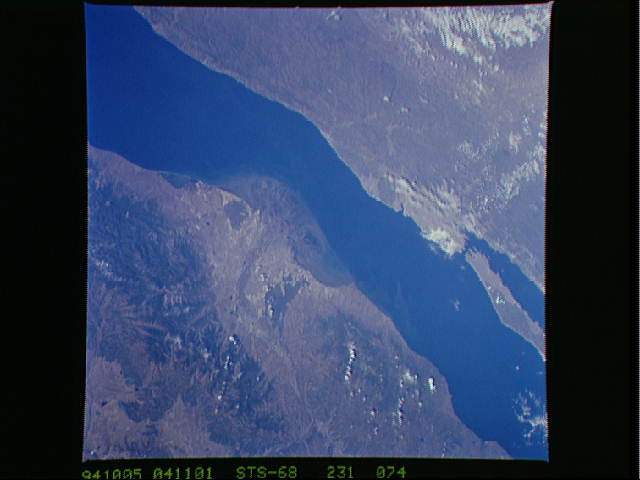 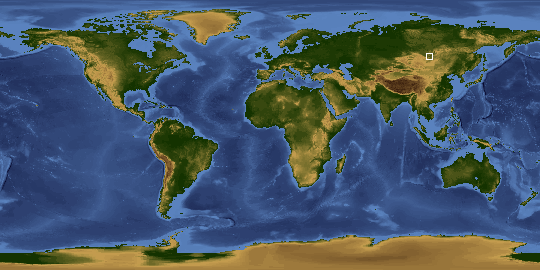 Other options available:
Download Packaged File
Download a Google Earth KML for this Image
View photo footprint information
Download a GeoTIFF for this photo
Image Caption: STS068-231-074 Lake Baikal (Baykal) and Selenga River, Russia October 1994
This spectacular, north-looking, low-oblique photograph captures the central portion of Lake Baikal (Baykal), O. Ol'Khon Island hugging the western shore of the lake, the lower portion of the Selenga River and its delta (a sanctuary for the unique wildlife of the region, especially many bird species), and the Khamar Daban Range south and east of the Selenga. More than 130 rivers and streams enter Lake Baikal, but the lake has only one outlet--the Angara River, which exits the lake near its southern end (not pictured in the photograph). Lake Baikal sits in a large trench that was formed more than 20 million years ago. Uplifted mountain ranges on either side of the lake rise to an average of 6500 feet (2000 meters) above sea level--the Barguzinskiy Mountain Range to the east and the Baykal'skiy Mountains to the west. As the world's deepest lake, Baikal holds more fresh water than the five Great Lakes combined; one-fifth of all the fresh surface water in the world is contained in Lake Baikal. The lake is 395 miles (636 kilometers) long, averages 30 miles (48 kilometers) in width, and has a maximum depth of 5710 feet (1741 meters). In the mid-1980s, a plan to protect the lake was enacted by the Government in Moscow; pollution and waste material dumping from factories and plants upstream on the Selenga and other rivers feeding Lake Baikal have been almost eliminated. Efforts are ongoing to preserve the purity of the waters of this magnificent lake.