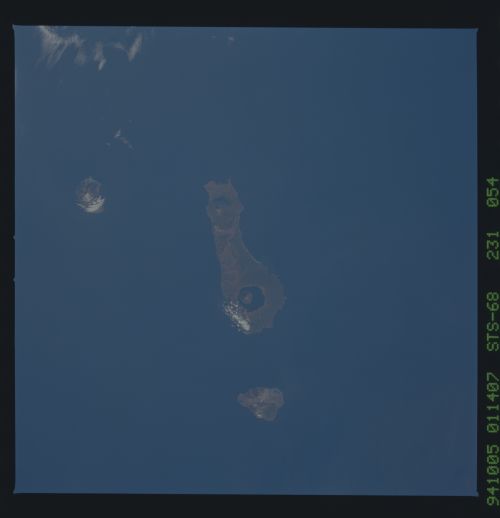 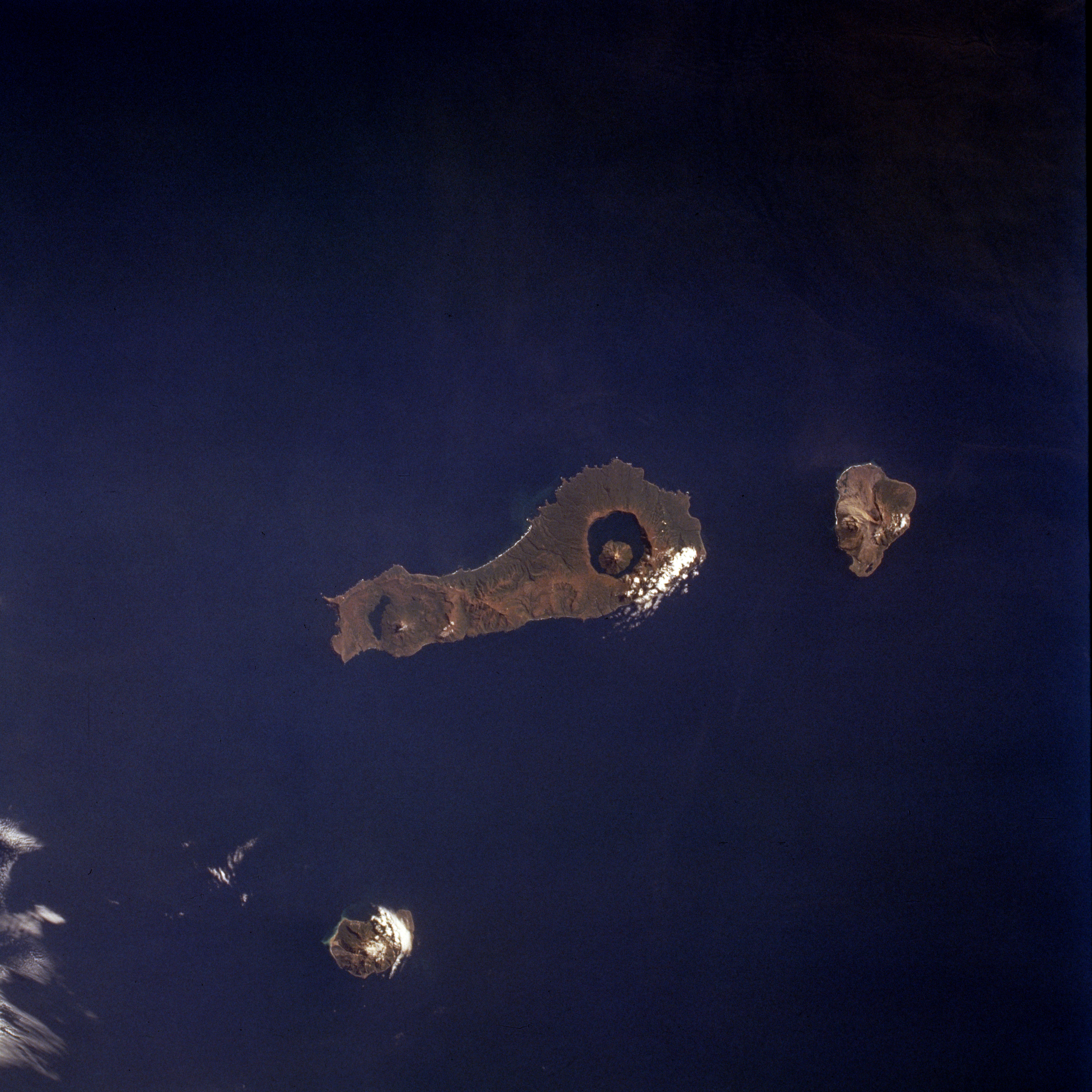 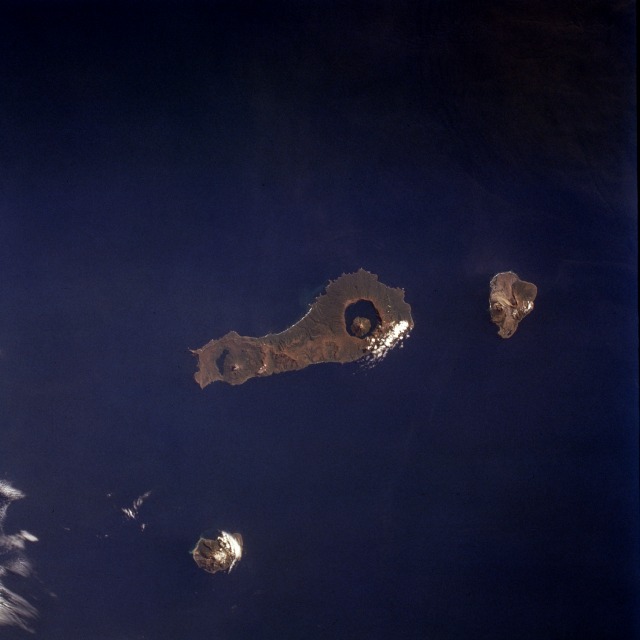 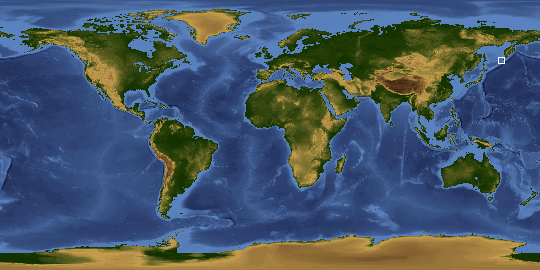 Other options available:
Download Packaged File
Download a Google Earth KML for this Image
View photo footprint information
Image Caption: STS068-231-054 Onekotan Island, Kuril Islands, Russia October 1994
Located near the northern end of the Kuril Islands, Onekotan Island (center of photograph) is another volcanic island that is part of the "Ring of Fire" that encircles the Pacific Ocean. This island is unique because a water-filled caldera is evident at both the north and the south ends of the island. The highest elevation on Onekotan Island is the smaller peak, which is 4367 feet (1330 meters) above sea level, that lies within the southern caldera. More recent secondary volcanic cones have formed in both calderas; the northern caldera has almost been filled by the subsidiary cone. Two other smaller volcanic peaks are also visible on this photograph--Makanrushi Island, 3834 feet (11 170 meters), to the northwest of Onekotan Island and Kharimkotan Island, 3976 feet (1210 meters), to the south. (Refer to STS-047-075-082 for a view of Atlasova Island, another of the volcanic islands in the Kuril Island chain.)