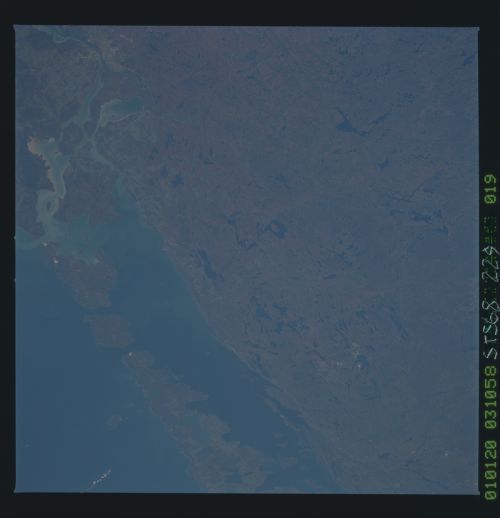 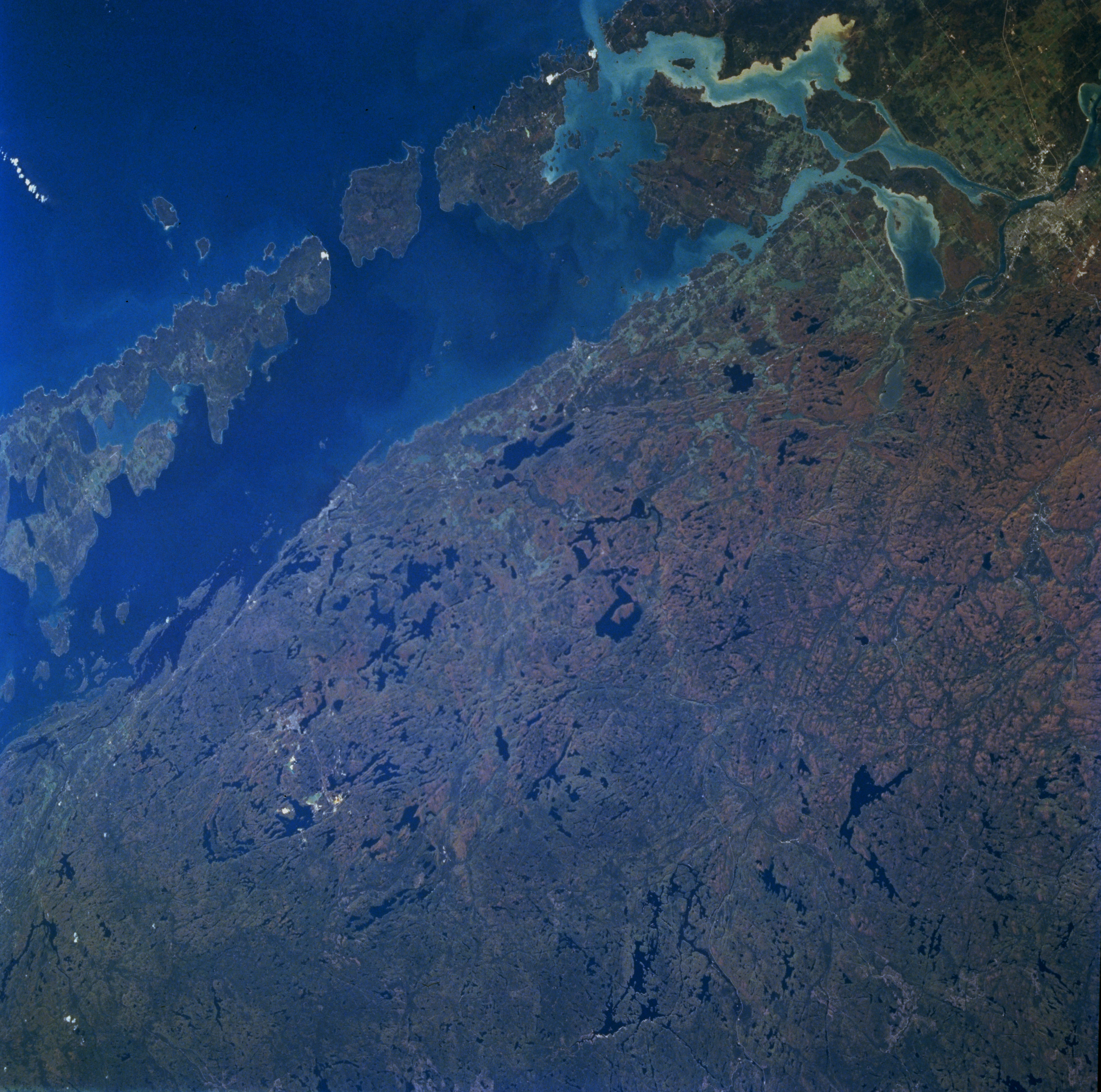 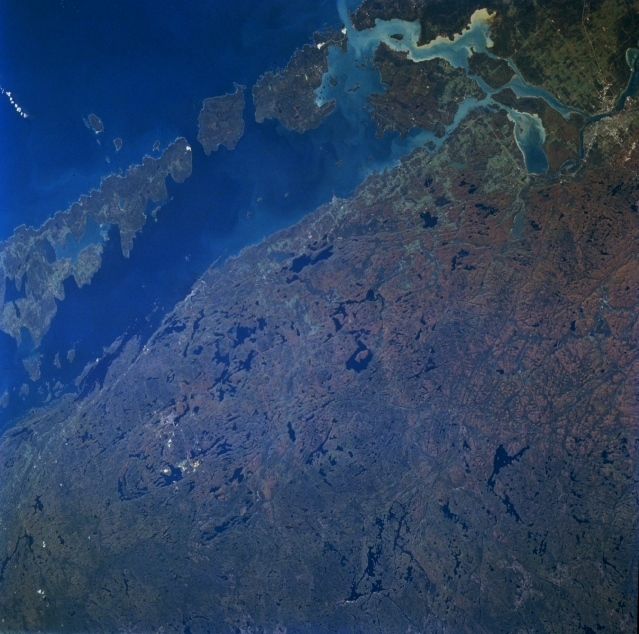 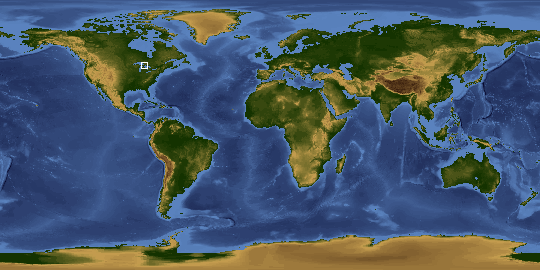 Other options available:
Download Packaged File
Download a Google Earth KML for this Image
View photo footprint information
Image Caption: STS068-229-019 North Channel, Ontario, Canada October 1995
The four large islands, generally aligned in an east-west orientation, separate Lake Huron (upper left) and the North Channel. Starting at the eastern edge of the image these islands are Manitoulin, (Canadian); Cockburn, (Canadian); Drummond (U.S.); and St. Joseph (Canadian). The cities of Sault Ste. Marie (the Canadian city is the larger of the two on the north side of the channel) are discernible as lighter colored areas near the upper right corner of the picture. The numerous dark, irregular shaped features are lakes that were scoured out depression left in the landscape by the continental ice sheet (glaciers) that covered this area of North America. Most of the terrain is covered by forests.