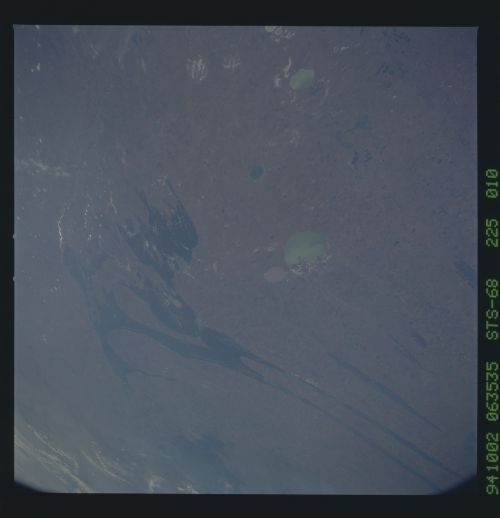 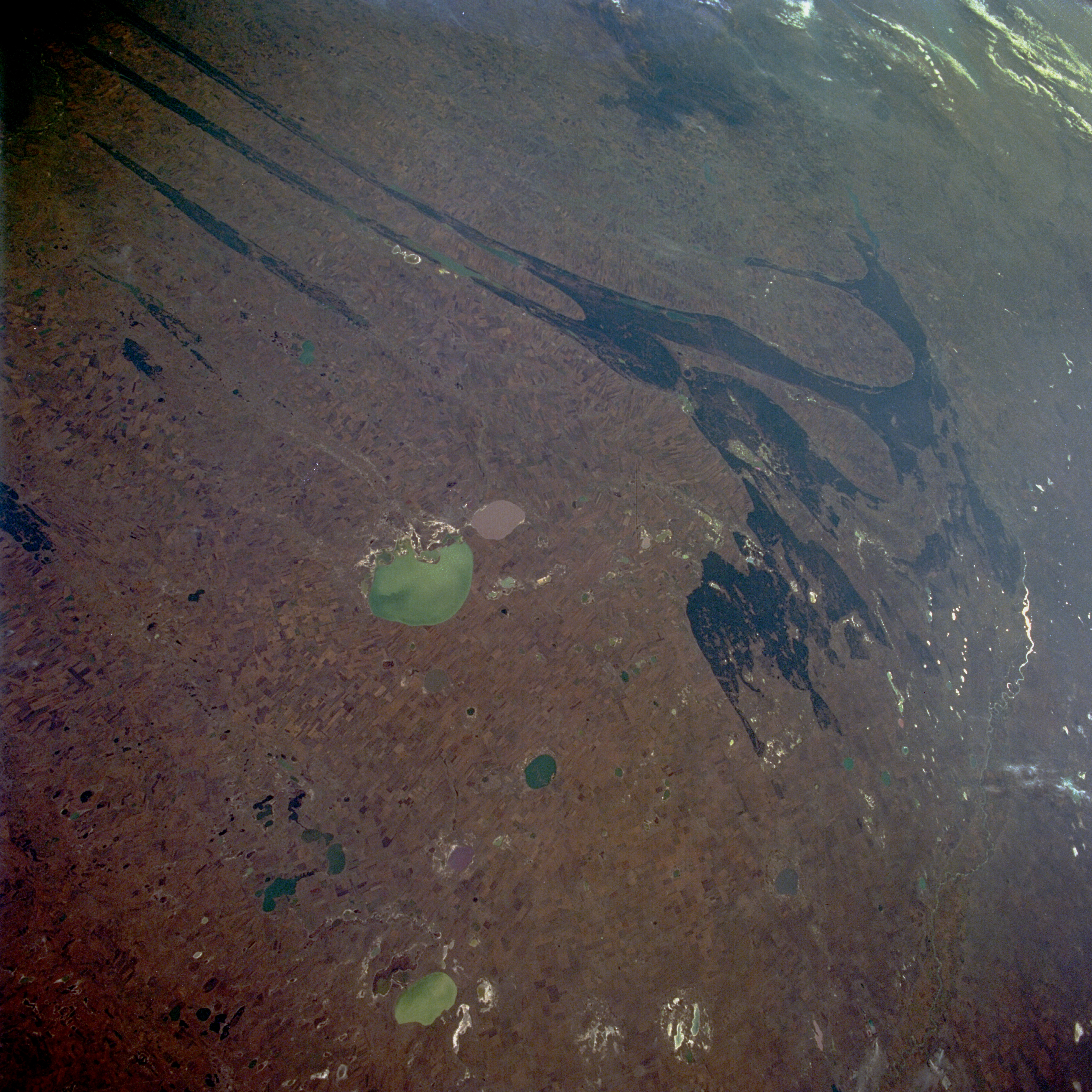 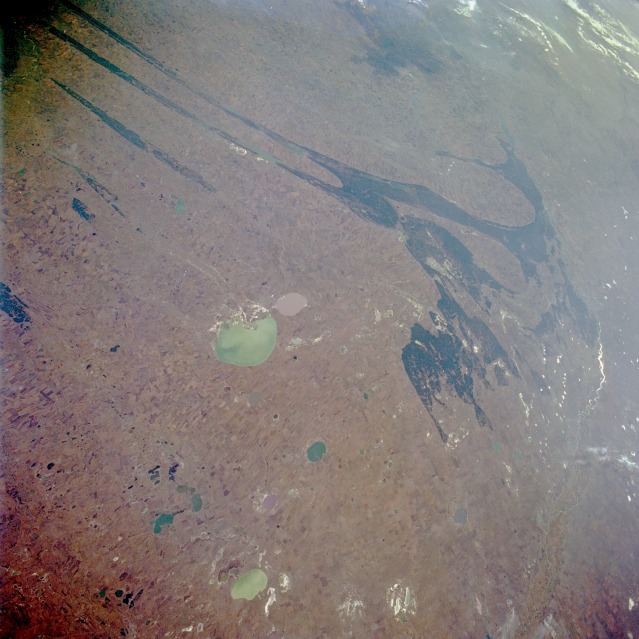 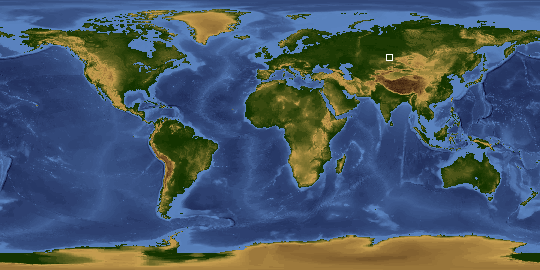 Other options available:
Download Packaged File
Download a Google Earth KML for this Image
View photo footprint information
Image Caption: STS068-225-010 Southern Portion of West Siberian Plain, Russia October 1994
The southern edge of the West Siberian Plain of Russia is a transition zone consisting primarily of grasslands with forested lands to the north and semiarid Kirgiz Steppe lands to the south. This synoptic, low-oblique, southwest-looking photograph displays a landscape of large cultivated fields with numerous lakes and dry lakes interspersed across the flat plains. Although the entire region tends to be poorly drained, the wispy, linear features that trend northeast-southwest are densely vegetated, swampy areas. Part of the Irtysh River drainage system can be observed near the southern edge of the photograph. Lake Kulundinskoye is the large milky green lake (near the center of the photograph). Scattered about the scene are other fairly sizable, generally ovoid lakes with a range of colors; the different colors suggest that each lake is at a different level of eutrophication. While not distinguishable in the photograph, part of the border aligned northwest-southeast between Russia and the newly formed country of Kazakhstan crosses this region just west of the milky lake (Lake Bol'shoye Topul' Noye) near the northwest quadrant of the photograph. (Refer to STS-028-076-084 for a detailed view of Lake Kulundinskoye.)