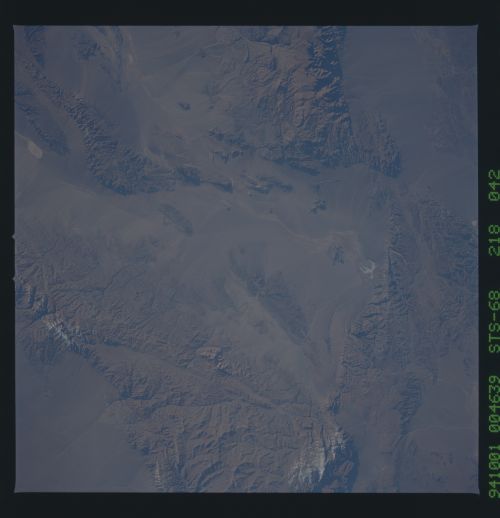 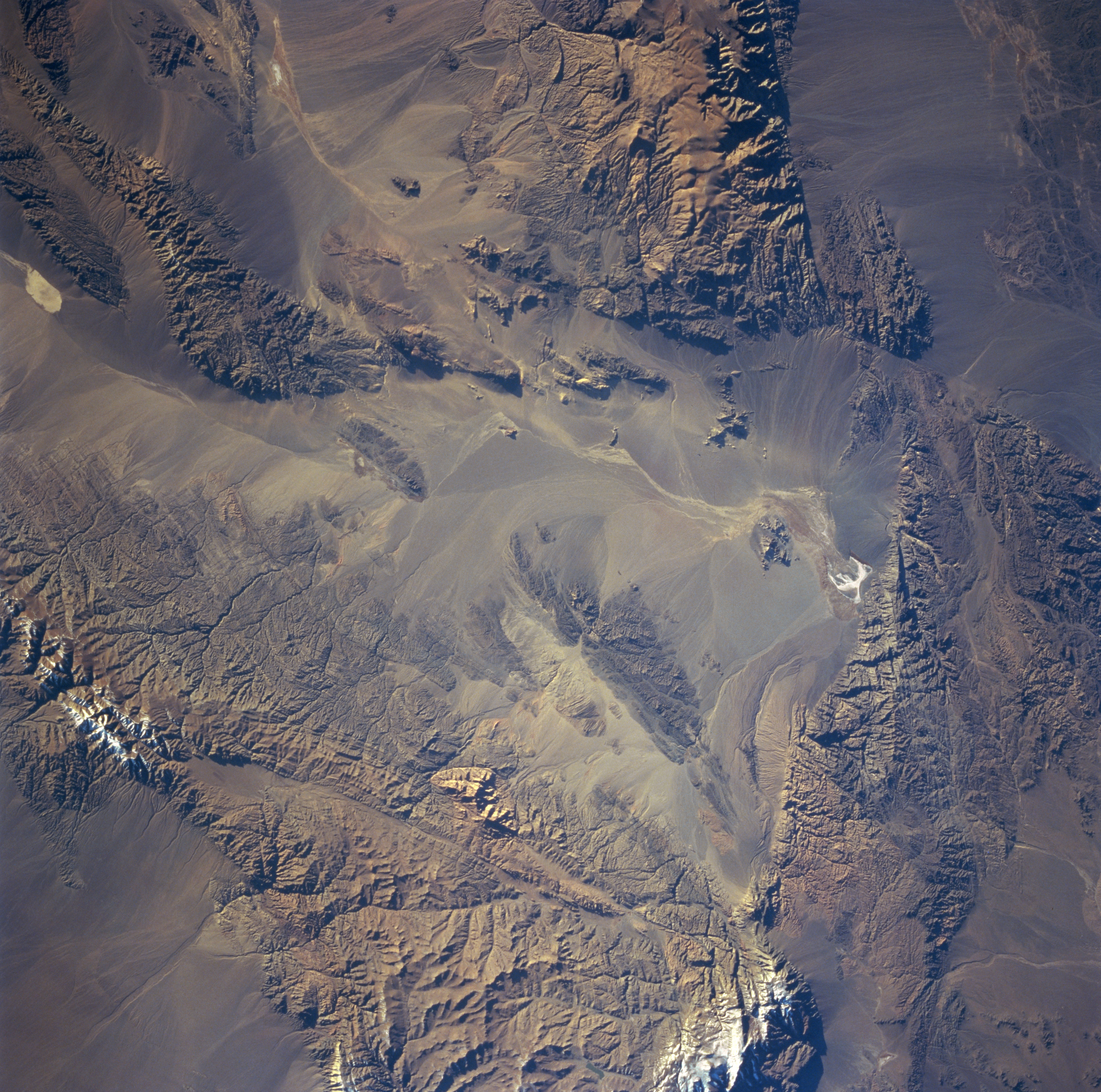 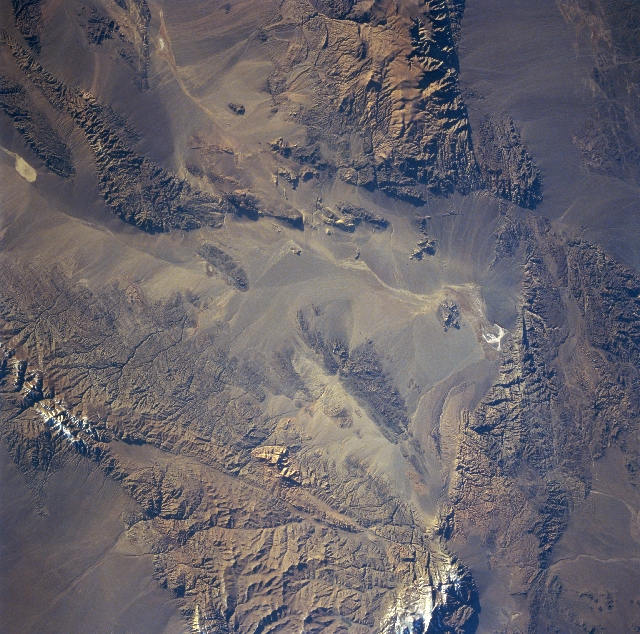 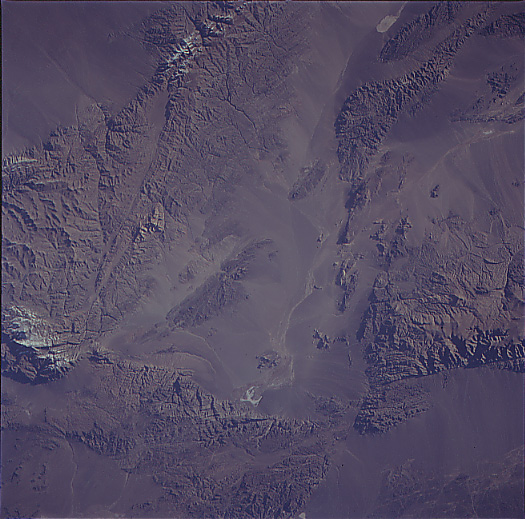 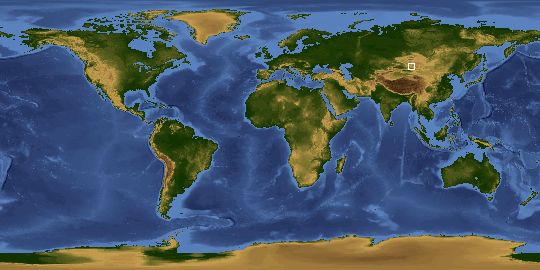 Other options available:
Download Packaged File
Download a Google Earth KML for this Image
View photo footprint information
Image Caption: STS068-218-042 Altai Mountains, Mongolia October 1994
The southern ranges of the Altai Mountains are visible in this near-nadir view. A geologically complex mountain system, the Altai extend in a generally southeast direction from south-central Russia to north-central China. Deposits of gold, silver, mercury, iron, lead, zinc, and copper are found throughout the range. The snow-covered 12160 foot (3709 meters) Bus Hayrhan Peak can be seen near the left center of the image. Most of the peaks seen in this view exceed 10000 feet (3050 meters). The basin (center of the view) generally lies at 4000 feet (1220 meters). The whole region of southwest Mongolia is semi-arid to arid. The area in the upper left is part of the Tsagaan Basin where a dry lakebed of the same name is located. The entire region is considered to be part of the vast Gobi Desert. Faults are discernible throughout the scene, but one extending in toward the center basin from just below the right center of the image is clearly visible.