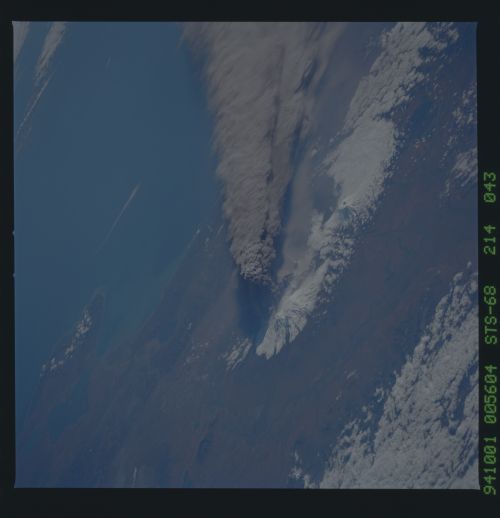 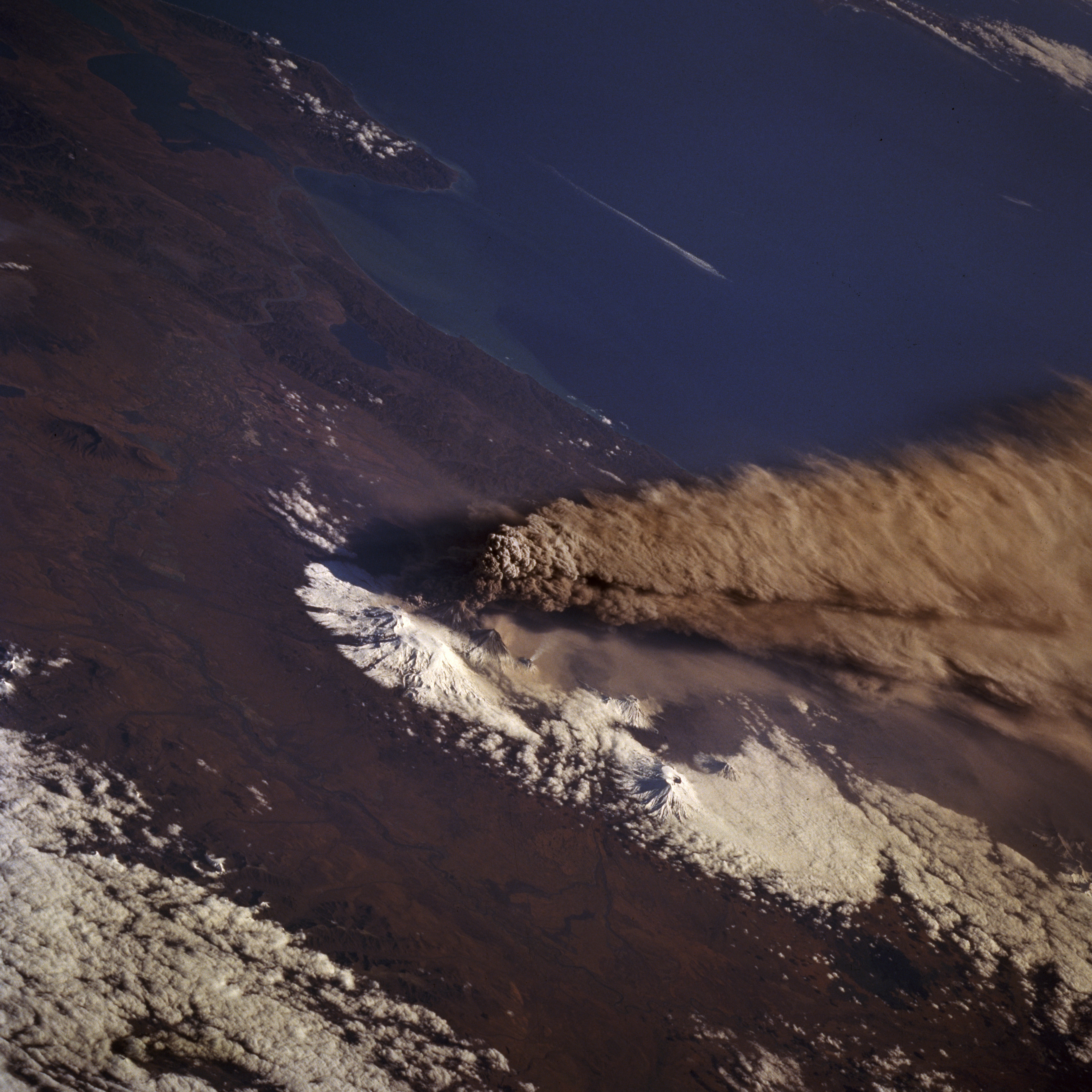 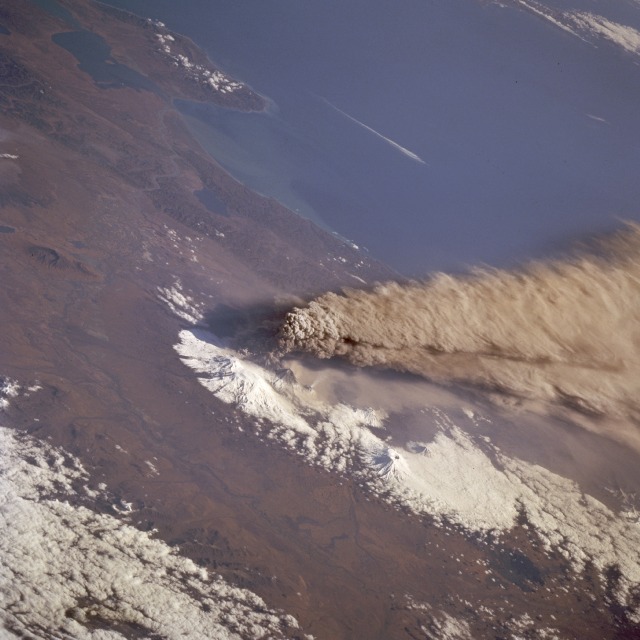 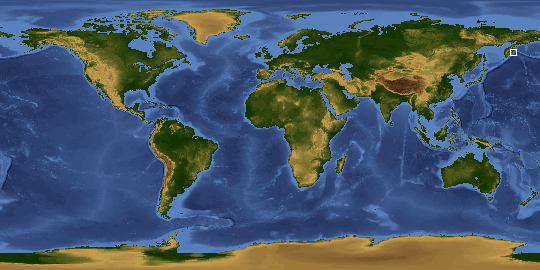 Other options available:
Download Packaged File
Download a Google Earth KML for this Image
View photo footprint information
Image Caption: STS068-214-043 Klyuchevskaya Volcano, Kamchatka Peninsula, Russia October 1994
On October 1, 1994, Space Shuttle astronauts successfully took a series of photographs of Klyuchevskaya Volcano erupting near the east-central coast of Kamchatka Peninsula in Russia. This southeast-looking photograph was made as the spacecraft was approaching the volcano from the west. The dark, ash-laden plume rose to an estimated altitude of 6 to 9 miles (10 to 14 kilometers) and drifted southeast of the volcano. Both lava and ash explosions occurred during this eruption. Klyuchevskaya Volcano is reported to be Kamchatka's highest [15 584 feet (4750 meters) above sea level] and most active volcano. Small steam or ash plumes are also visible from subsidiary vents or craters immediately south of the major eruption zone. Other snow-covered stratovolcanoes appear in this complex cluster of volcanoes. The Kamchatka River Valley is seen in the foreground--first as it flows northward, then as it flows eastward, finally emptying into Kamchatka Bay. The blue waters of the Bering Sea are off the east coast of Kamchatka Peninsula. (Refer to photograph STS-068-273-033, which was taken on October 3, 1994, just 2 days after the major eruption occurred, for a near-vertical view of this volcanic complex.)