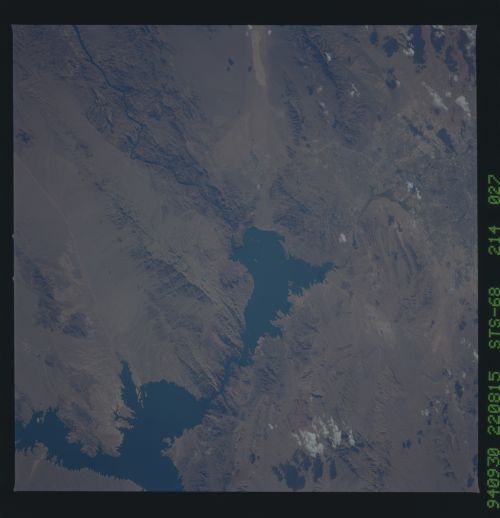 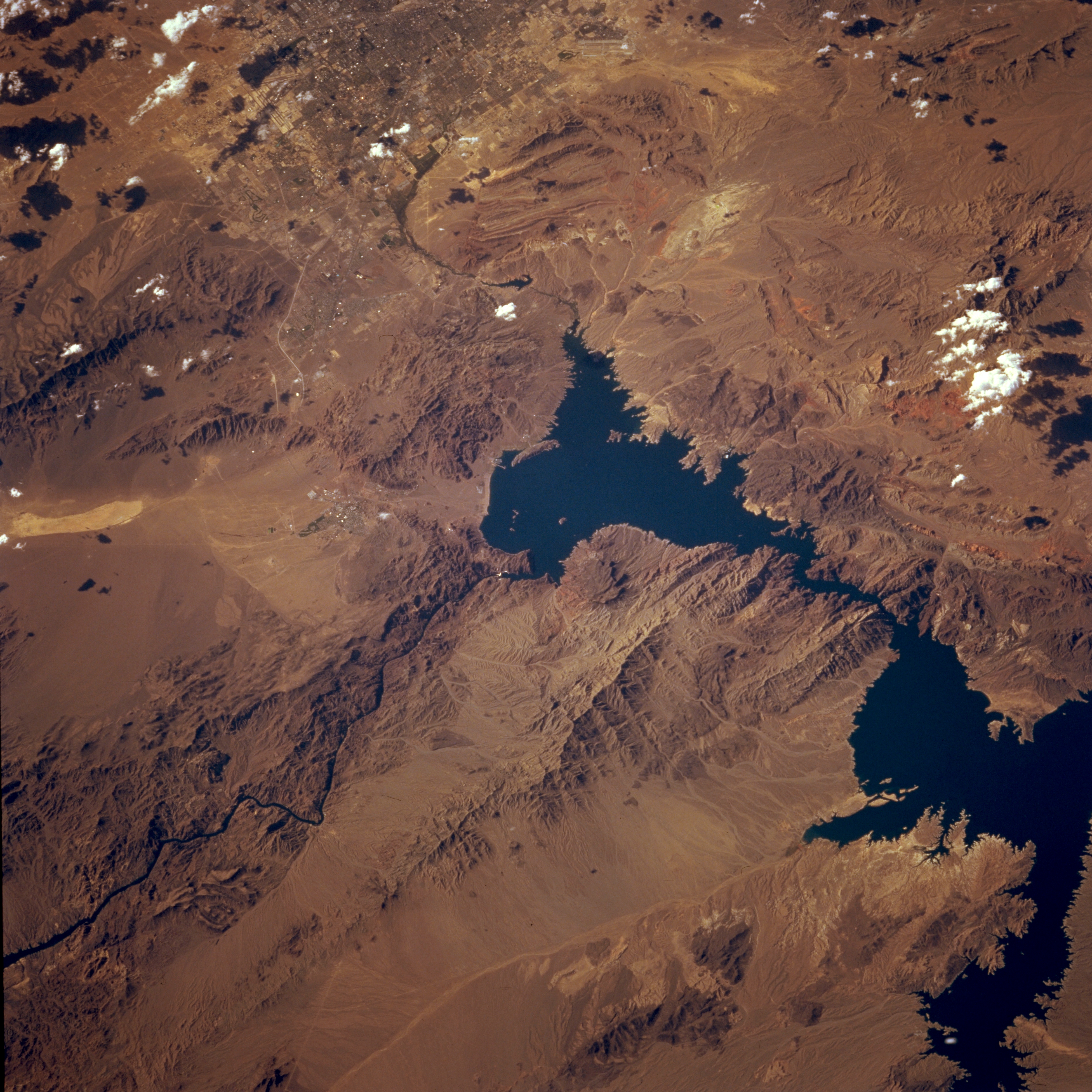 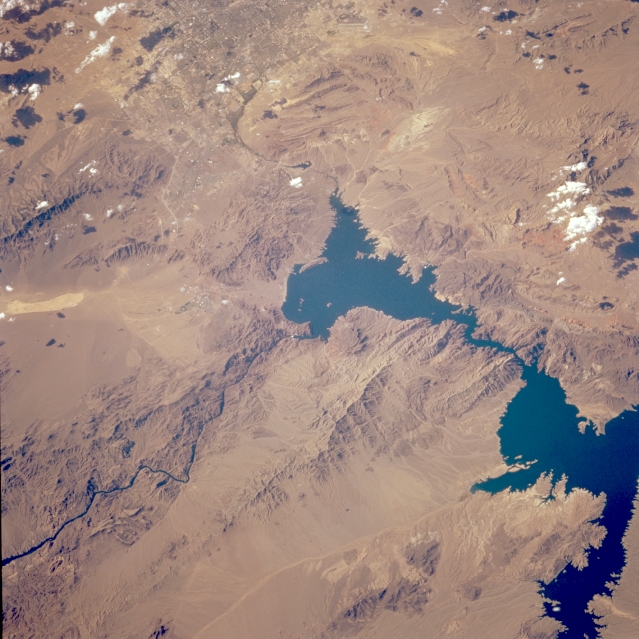 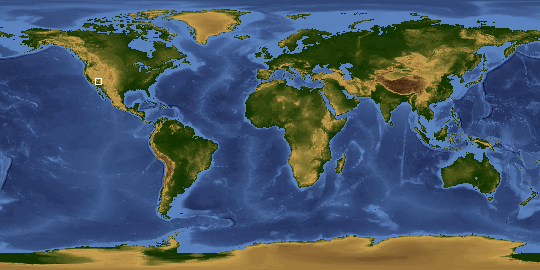 Other options available:
Download Packaged File
Download a Google Earth KML for this Image
View photo footprint information
Image Caption: STS068-214-027 Lake Mead, Nevada and Arizona, U.S.A. October 1994
Both Las Vegas and Lake Mead--southern Nevada's two major tourist attractions--are partially included in this northwest-looking photograph. Lake Mead, created by the construction of Hoover Dam (formerly Boulder Dam), is the dark body of water on the Colorado River. The very small white dot near the center of the photograph is Hoover Dam. From Hoover Dam the Colorado River begins its journey to the south, where it forms the boundary between Arizona and Nevada. Major features in this photograph include the McCullough Range south of Las Vegas; the Eldorado Mountains and Black Mountains, west and east of the Colorado River, respectively; and the Muddy Mountains northeast of Las Vegas. Although no detail of the city's infrastructure is discernible, the southeast section of Las Vegas is visible at the top of the photograph.