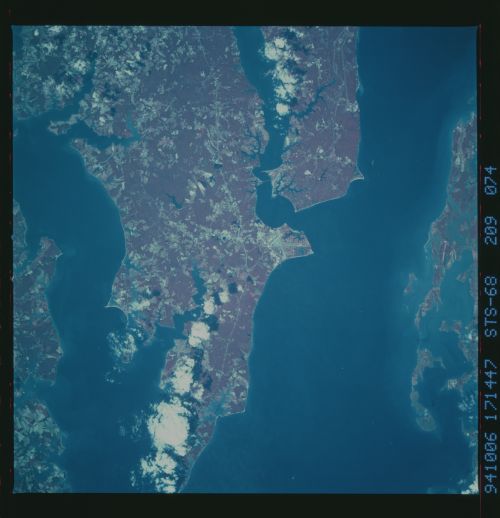 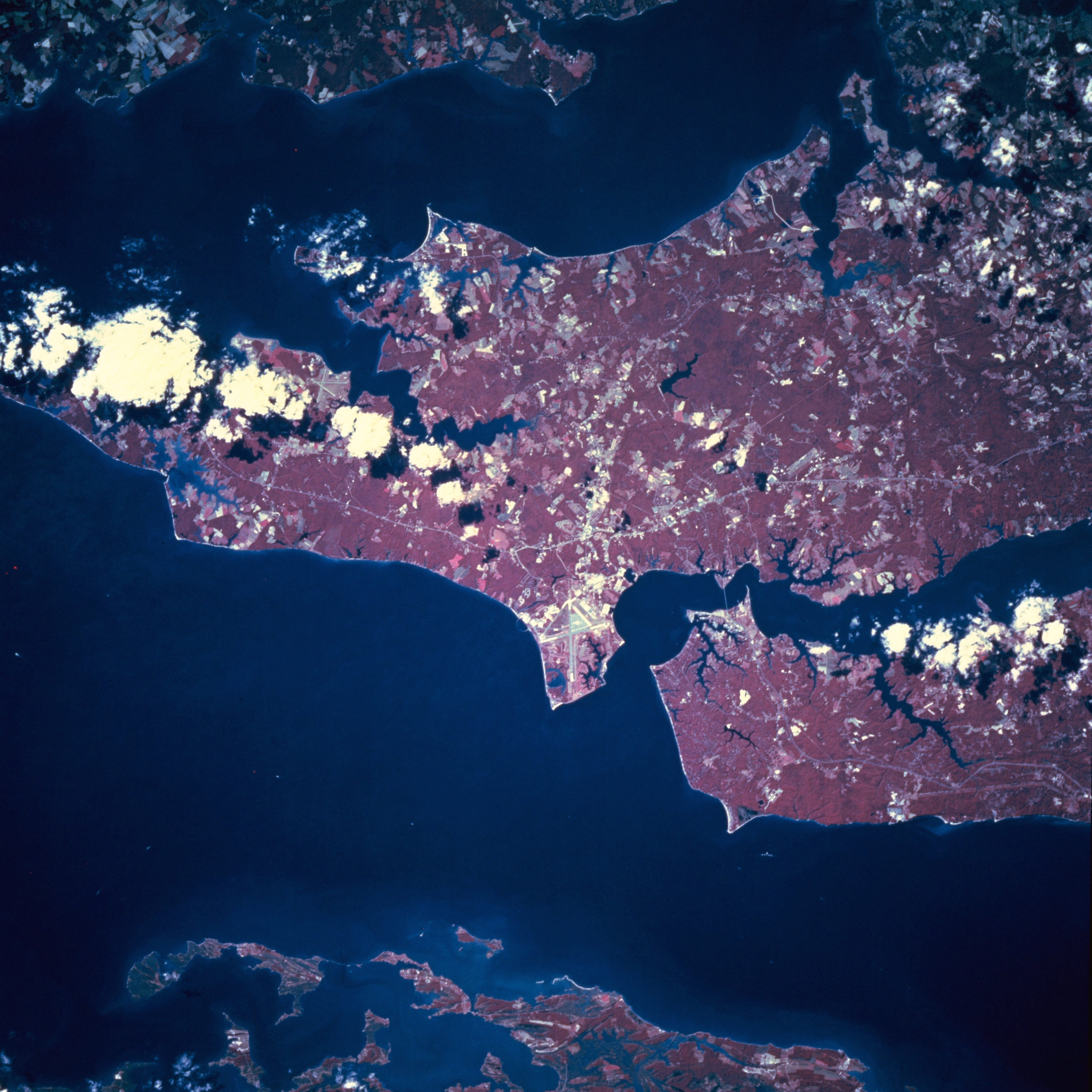 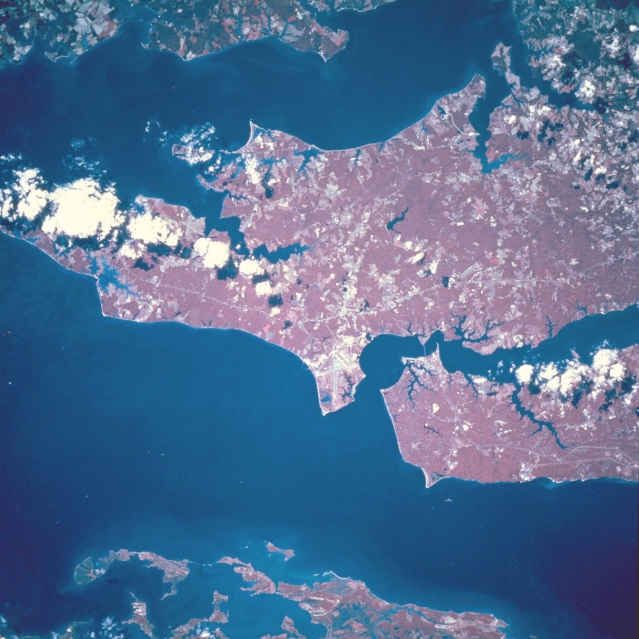 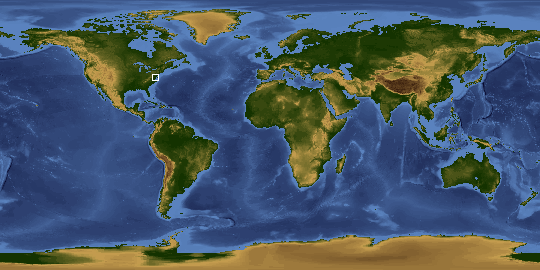 Other options available:
Download Packaged File
Download a Google Earth KML for this Image
View photo footprint information
Image Caption: STS068-209-074 Patuxent Naval Air Station, Maryland, U.S.A. October 1994
The forested, gently rolling region of southeastern Maryland is visible in this color-infrared, south-southwest-looking, low-oblique view. The runways of the Patuxent Naval Air Center are visible near the center of the image. The Air Center is home to numerous squadrons of the U. S. Navy's Atlantic Command and is also a testing center for new and modified aircraft. Chesapeake Bay, the largest estuary in the United States, covers the bottom portion of the image. To the right (northeast) of the naval air station is the Patuxent River, which exits the scene at the right center of the image. Covering most of the upper portion of the scene is the Potomac River. The extreme upper portion of the image shows the shoreline of the state of Virginia.