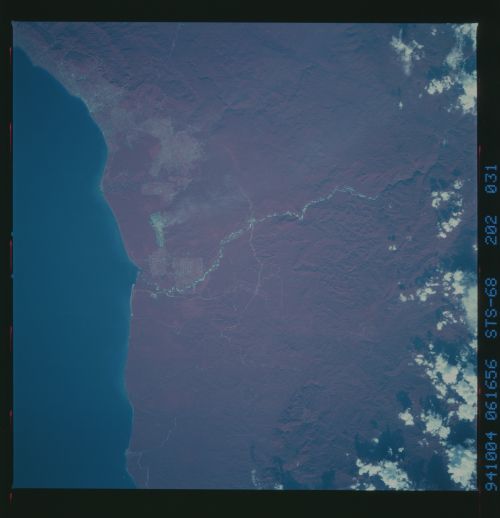 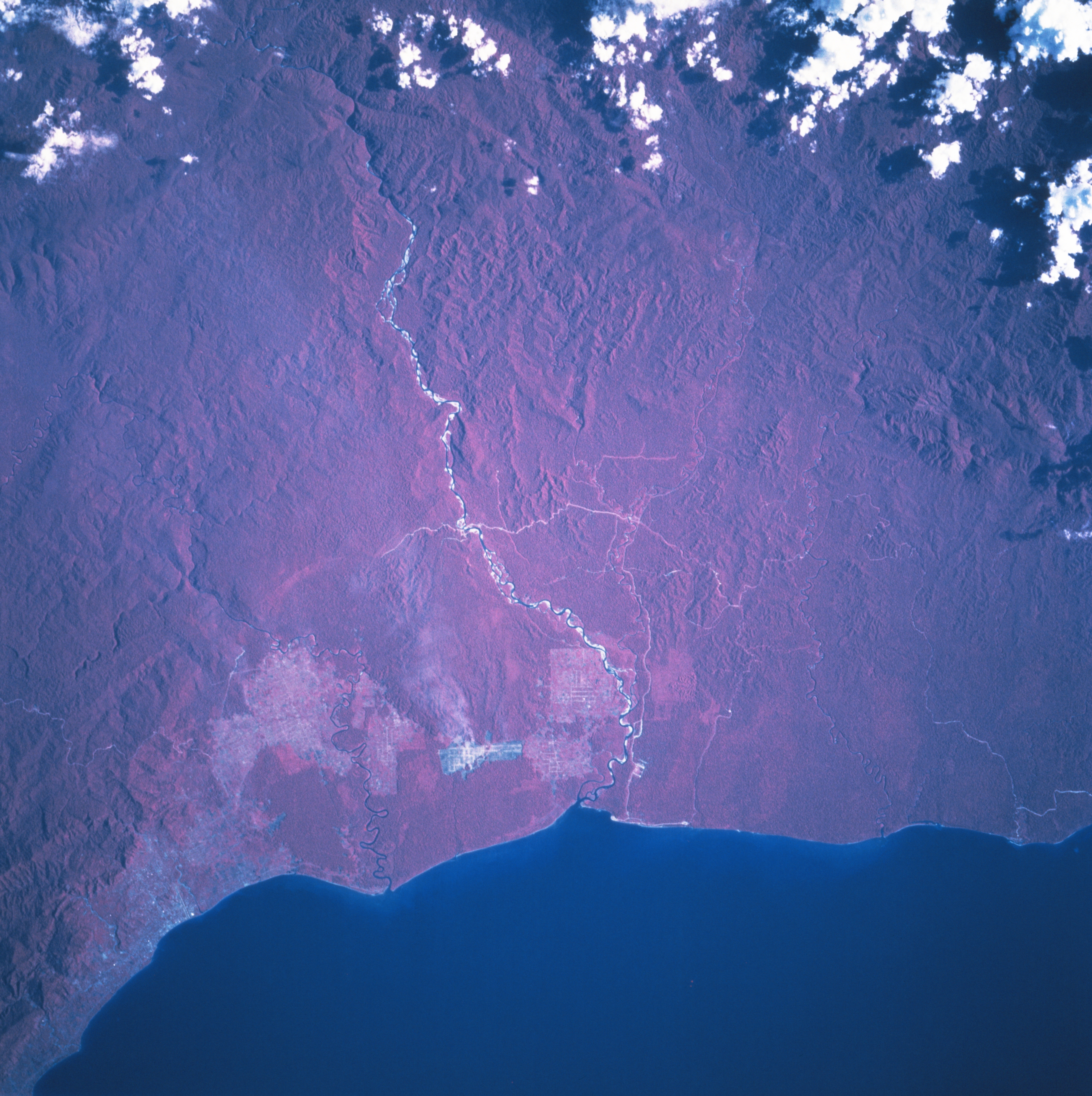 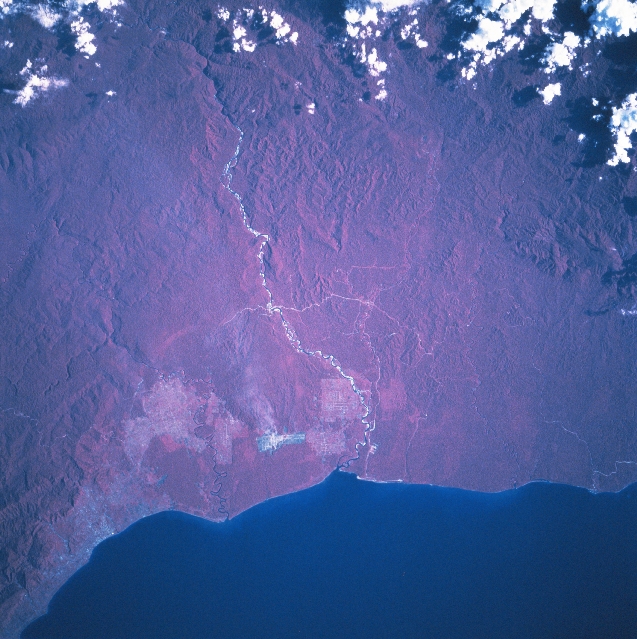 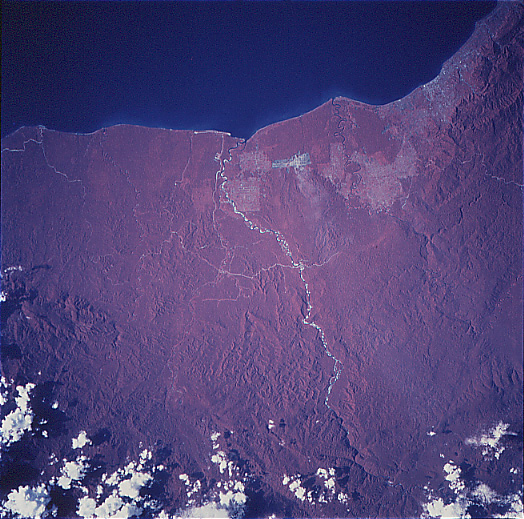 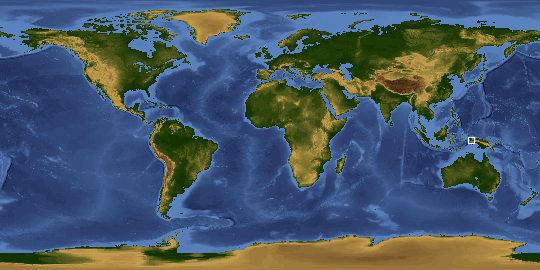 Other options available:
Download Packaged File
Download a Google Earth KML for this Image
View photo footprint information
Image Caption: STS068-202-031 Irian Jaya, Indonesia October 1994
The color infrared image (where green vegetation is portrayed as reddish hues) helps to accentuate the dense jungle canopy that covers most of the landscape of Irian Jaya, the easternmost state of Indonesia. Irian Jaya shares the western half of the world's second largest island, New Guinea. The few exceptions to the otherwise uniform-looking tropical rainforest are the pinkish-looking areas near the coast where the rainforests have been replaced by agricultural sites. This particular section of the north coast is located along the southern extension of the Gulf of Cenderawasin. Nabire, a small port city, is visible near the lower left corner of the image. The linear feature with the highly reflective (whitish), intermittent surfaces, extending generally north to south, is the Wanggar River. The river disappears into a deep gorge near the upper edge of the image. Rugged, mountainous terrain can be discriminated in spite of the dense rainforest foliage. The angular feature near the coast and east of the river is an area where development is taking place. A few roads (light-colored lines) are visible as they cut through the forested coastal plain. STS068-202-032 provides overlapping coverage of the area northeast of this scene.