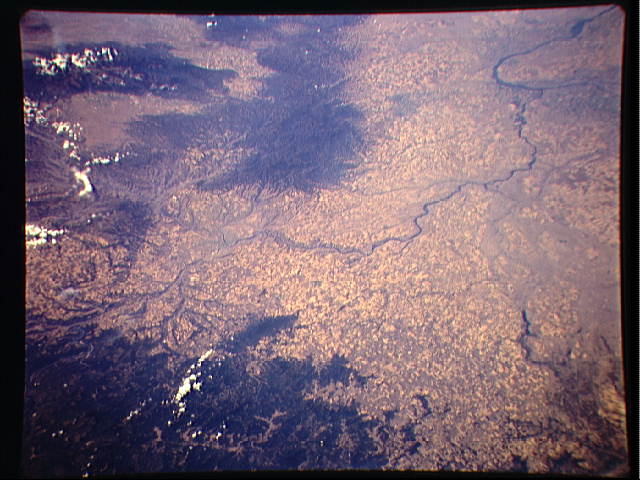 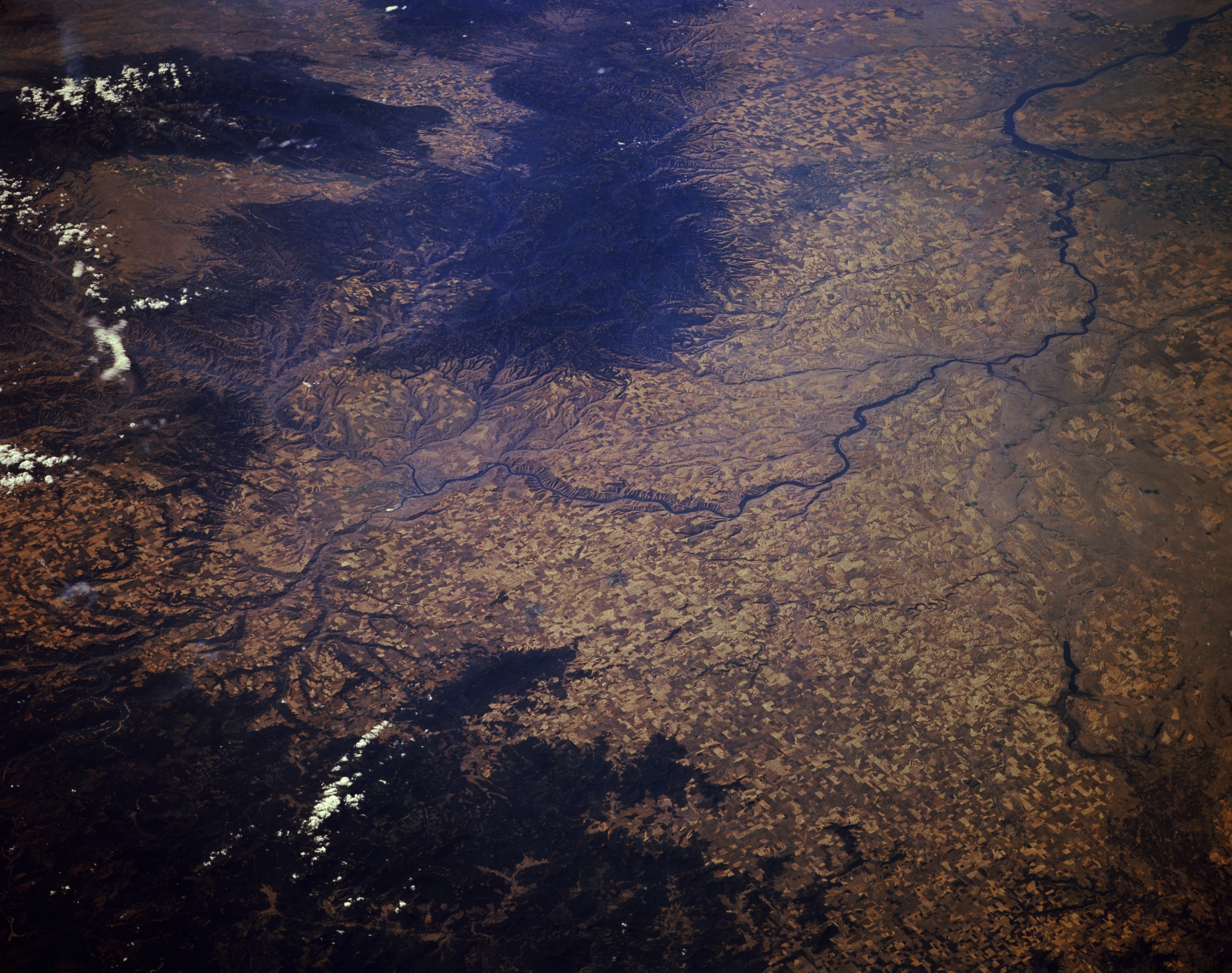 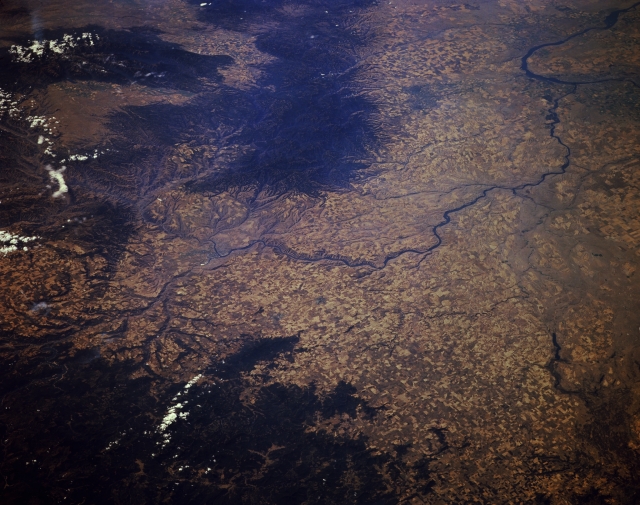 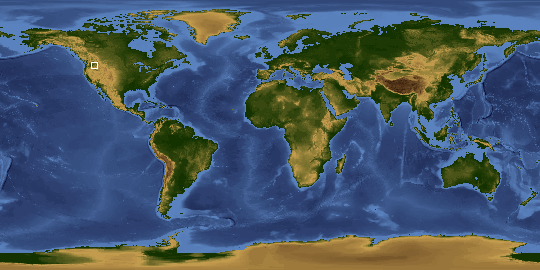 Other options available:
Download Packaged File
Download a Google Earth KML for this Image
View photo footprint information
Image Caption: STS068-174-153 Snake River and Blue Mountains, Washington, U.S.A. October 1994
This low-oblique, south-southwest-looking photograph shows the Snake River as it winds westward to join the Columbia River. The small city of Lewiston, Idaho, is visible where the Snake River turns south, and the uplifted, eroded, basalt-covered Blue Mountains appear south of the Snake River. The rugged Wallowa Mountains are discernible at the upper left of the photograph. Because the Wallowa Mountains have many of the same characteristics as the Rockies further to the east, some scientists believe the Wallowas are a westward extension of the Rocky Mountains. Along the left edge of the photograph appears a portion of the Snake River's Hells Canyon National Recreation Area and to its east the rugged terrain of the western Clearwater Mountains. Scattered agricultural field patterns can be seen throughout the photograph.