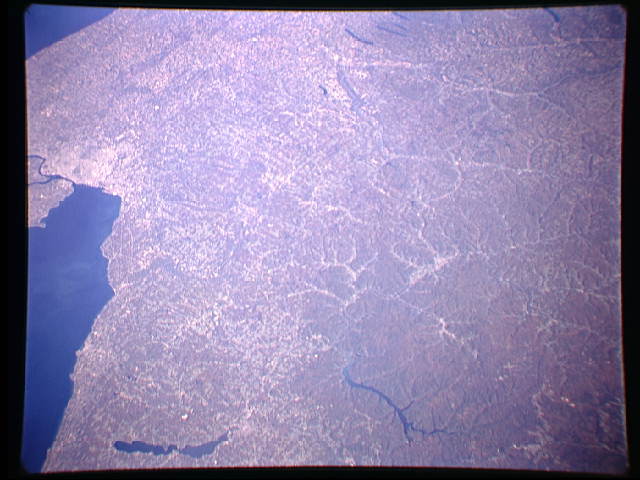 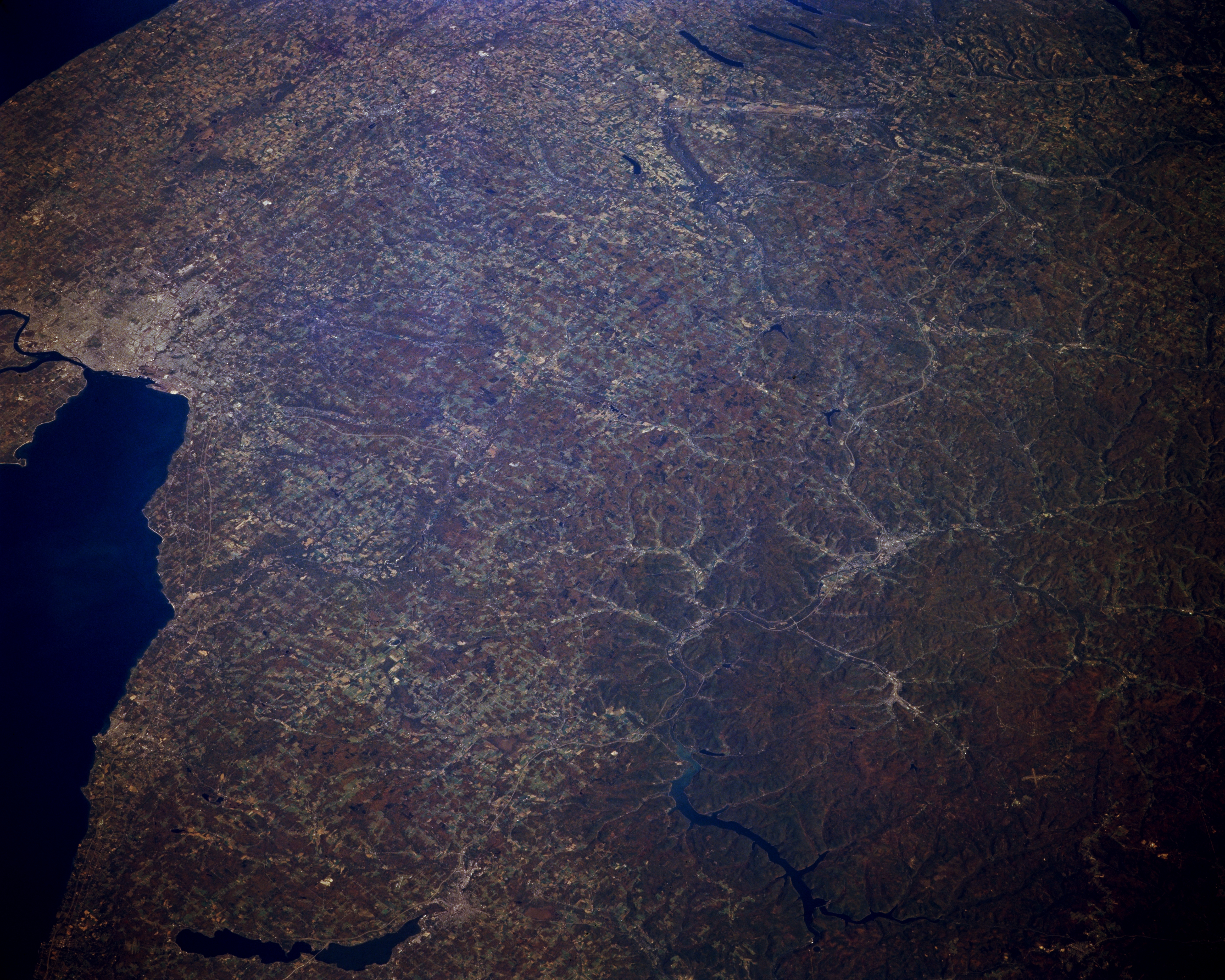 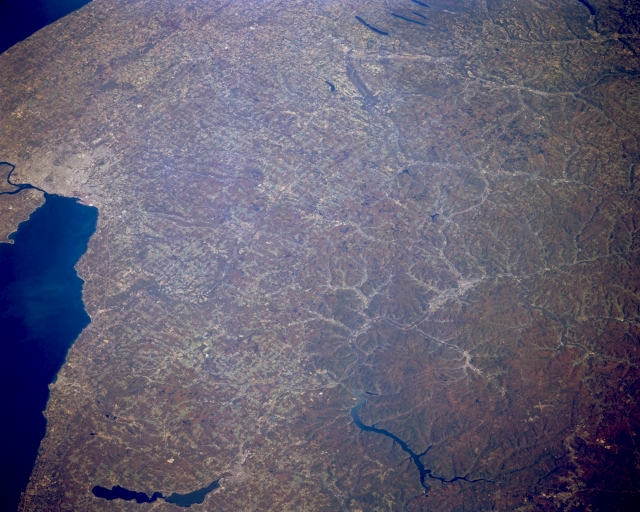 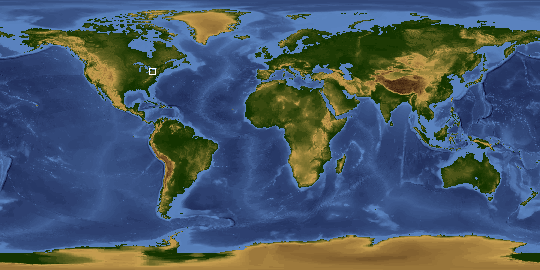 Other options available:
Download Packaged File
Download a Google Earth KML for this Image
View photo footprint information
Image Caption: STS068-173-100 Allegheny Plateau, New York October 1994
Covering the right portion of the image, the dissected uplands of the Allegheny Plateau (sometimes referred to as the Appalachian Plateau) can be seen in this east-looking view. The Alleghenies were formed by the folding and uplifting of sedimentary rocks, and have been reduced subsequently to their present state by erosion. Numerous valleys, which contain fertile and productive soils, are scattered throughout the region. The plateau area is rich in coal and timber along with iron ore, petroleum, and natural gas. A small section of Lake Ontario is visible in the upper left portion of the image. Lake Erie extends along the lower left to the center of the image. Near the bottom left of the image and inland from Lake Erie is Chautagua Lake. Chautagua Lake, a finger lake of sort, formed by a retreating glacier some 12000 to 15000 years ago, is 25 miles long (40 km) and about 2 miles (3 km) wide. The waters of the Allegheny Reservoir can be seen near the bottom center of the image.