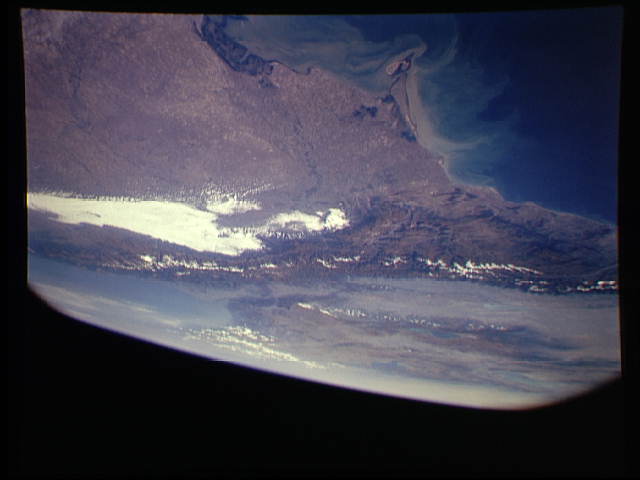 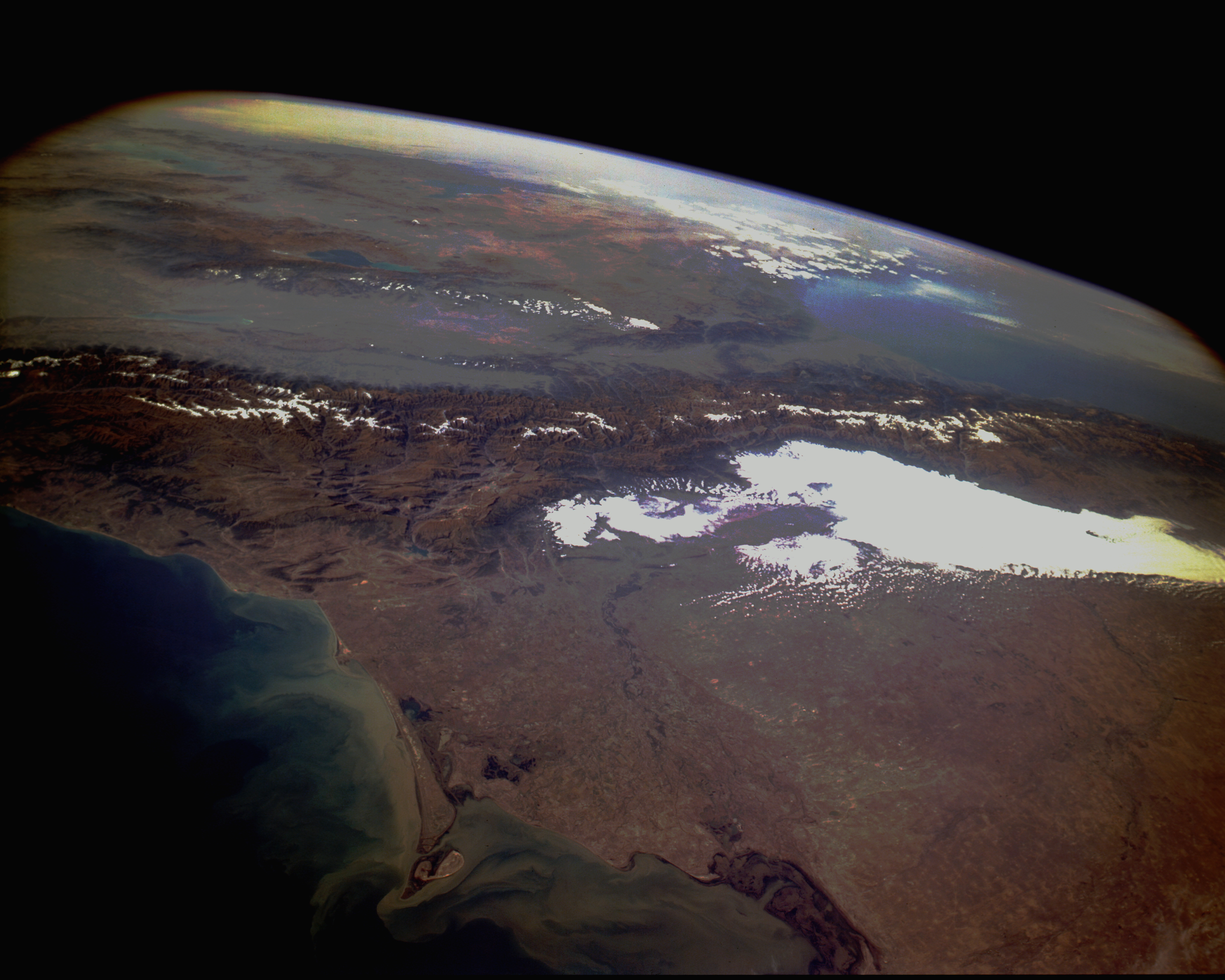 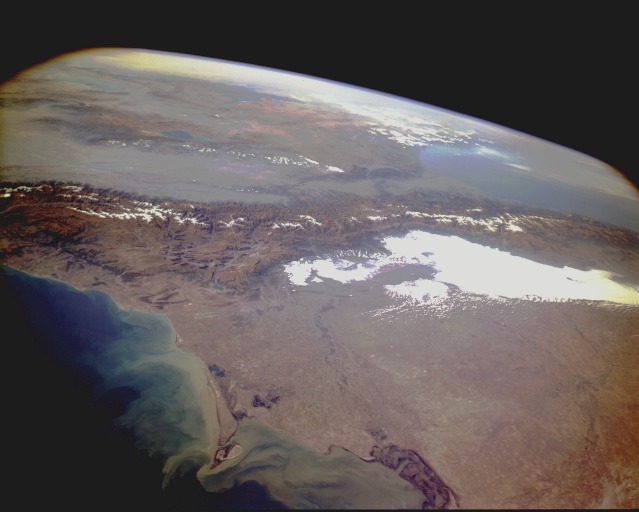 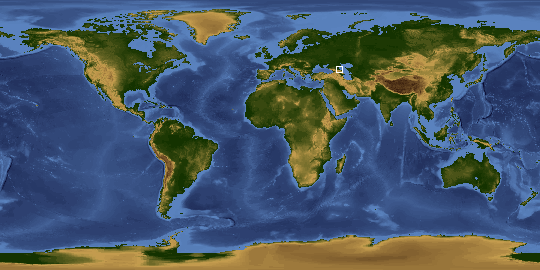 Other options available:
Download Packaged File
Download a Google Earth KML for this Image
View photo footprint information
Image Caption: STS068-172-081 Caucasus Mountains October 1994
The northwest-southeast-trending Caucasus Mountains extend from the eastern shores of the Black Sea to the southwest coast of the Caspian Sea. This beautiful panoramic photograph pictures a region of enormous physiographic complexity because this mountain range has created an almost impenetrable barrier to north-south ground transportation. Mountain ridges commonly exceed 13 000 feet (3960 meters) above sea level, and Mount Elbus (the large snow-covered peak near the western end of the Caucasus Mountains) reaches 18 481 feet (5633 meters) above sea level. The Caucasus Mountains are a relatively young mountain system, and frequent earthquakes testify that the Earth's crust is unstable in this area. Historically, this region has been (and continues to be) a battleground of different cultures and religions. The plains area north of the Caucasus Mountains belongs to Russia; however, this is the region where many republics (e.g., Chechnya) are trying to establish independent states. On the south slopes of the Caucasus Mountains and in the valleys immediately south of the mountains are the three political entities of Georgia, Armenia, and Azerbaijan. The light blue, elongated lake in the valley immediately south of the mountains near the southeastern edge of the photograph is Lake Mingechaur in Azerbaijan; the darker blue lake in the next valley to the south is Lake Sevan in Armenia. The two larger blue lakes toward the horizon are Lake Urmina in Iran and Lake Van in Turkey.