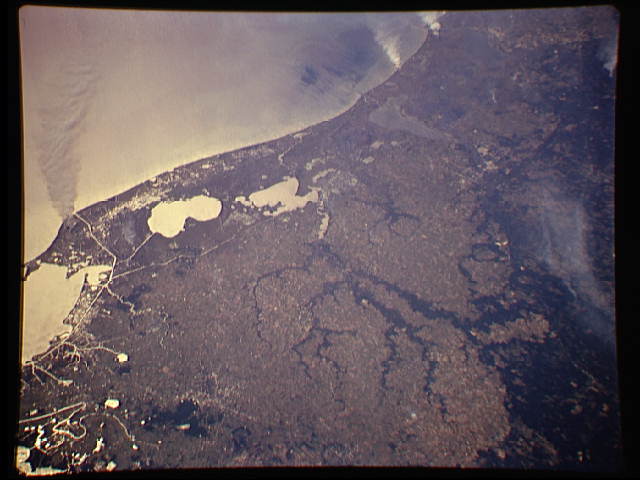 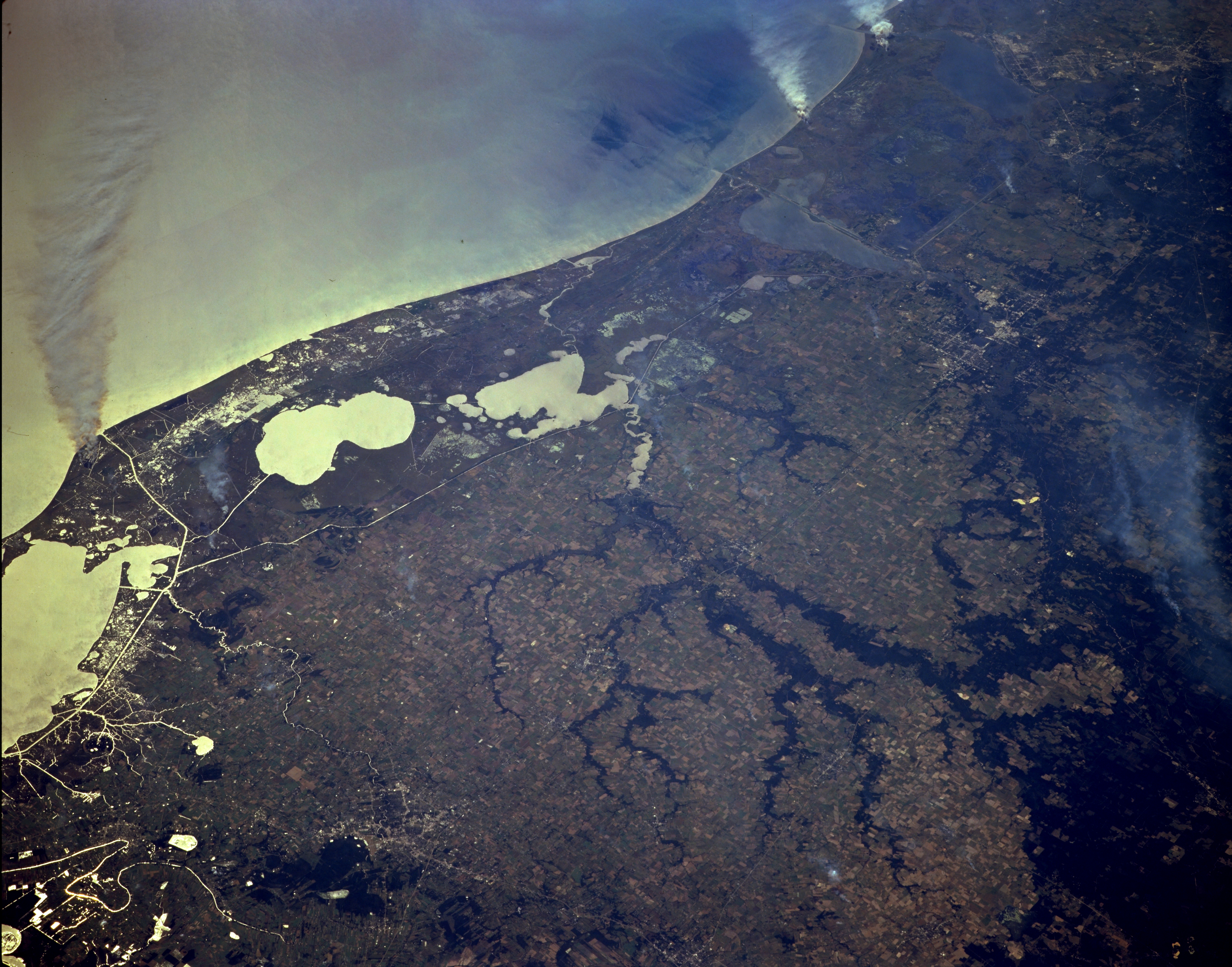 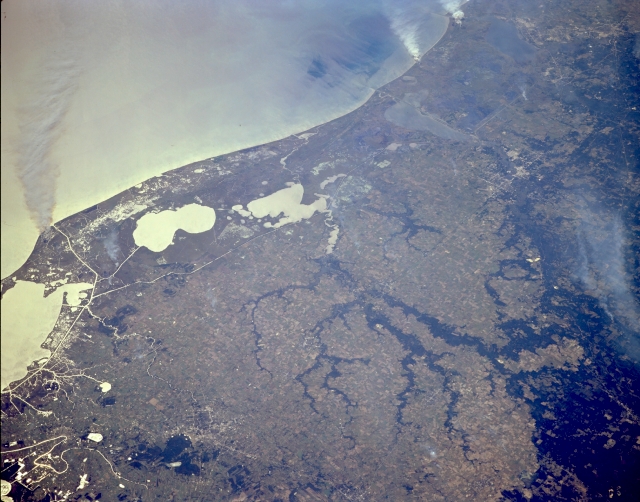 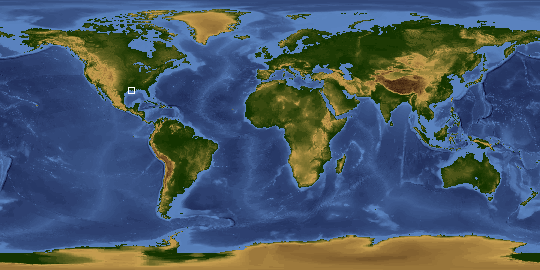 Other options available:
Download Packaged File
Download a Google Earth KML for this Image
View photo footprint information
Image Caption: STS068-170-079 Southwest Louisiana, U.S.A. October 1994
Sunglint, the sun's reflection off the water, helps differentiate land-water boundaries in this photograph of the southwest coast of Louisiana. From east to west a large bay and several lakes are identifiable--Vermilion Bay (left edge), White Lake, and Grand Lake. Farther west are elongated Calcasieu Lake and Sabine Lake, which lies on the Texas-Louisiana border. The coastal plains are a mixture of fresh and salt marshes and grasslands; the darker area is the southern extent of a slightly undulating, upland, forested landscape. Several wooded tributaries of Bayou Nezpique present a dendritic drainage pattern as this bayou empties into Grand Lake from the north. Three large smoke plumes are visible along the shoreline, and the white, linear features near the coast are part of the Intracoastal Waterway and interconnecting canals. Lafayette to the east and Lake Charles to the west can be identified by their street patterns.