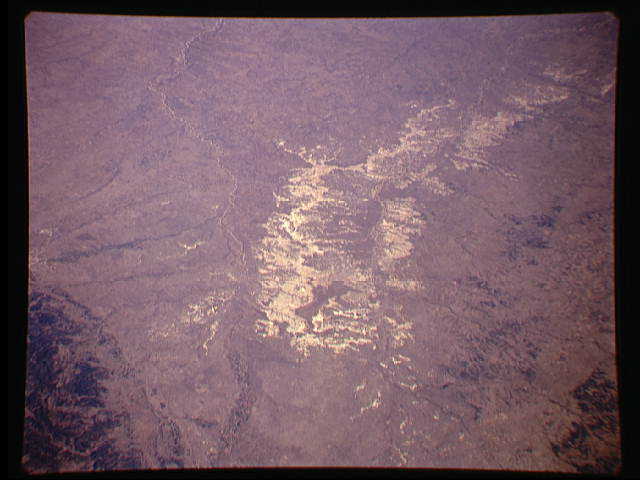 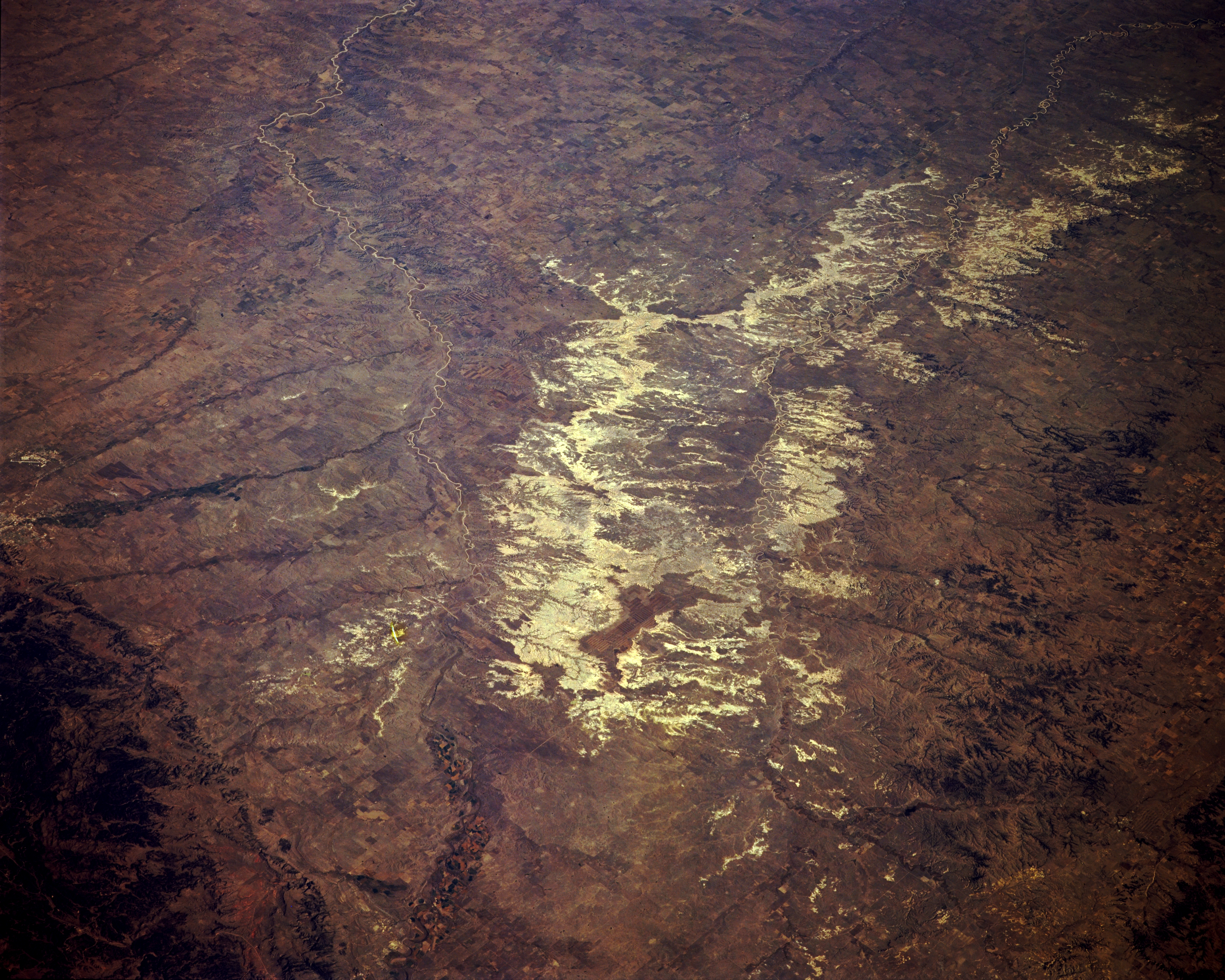 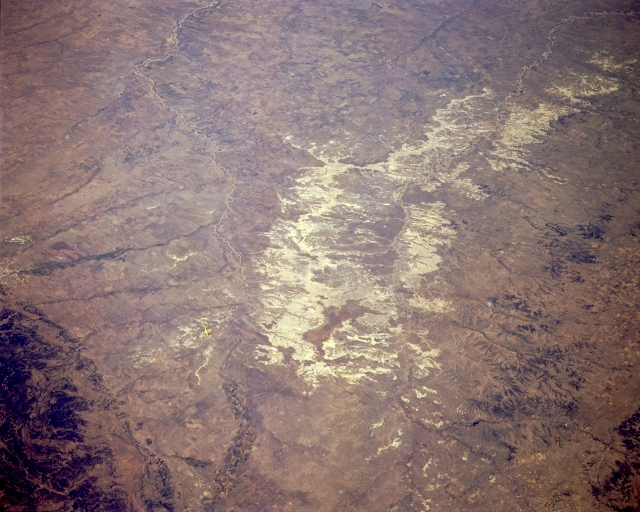 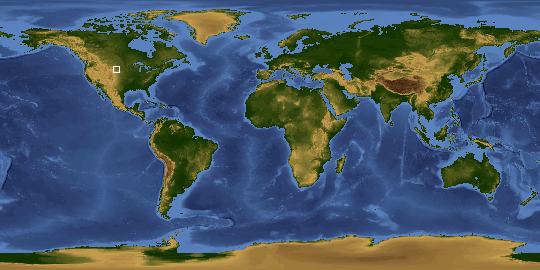 Other options available:
Download Packaged File
Download a Google Earth KML for this Image
View photo footprint information
Image Caption: STS068-167-00D The Badlands, South Dakota, U.S.A. October 1994
The badlands of South Dakota, a region of intricately rugged terrain generally consisting of steep slopes, small summits, and closely spaced streams, are featured in this northeast-looking, low-oblique photograph. The region, once an extensive peneplain (a land surface worn almost to a plain), has been dissected into valleys and ridges through stream erosion. The term "badlands" was applied by Indians, trappers, and early explorers of the region because of the difficulties encountered in crossing the barren wastes. The Badlands National Monument, established in 1939, is a 40-mile (64-kilometer) strip of land through which flows the White River. The area covers more than 170 square miles (440 square kilometers) and makes up a small portion of the Pine Ridge Indian Reservation. Visible to the west are the north-flowing Cheyenne River and a small portion of the Black Hills.