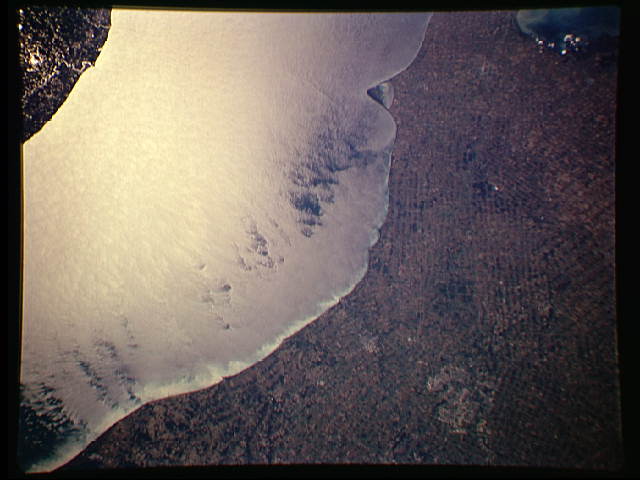 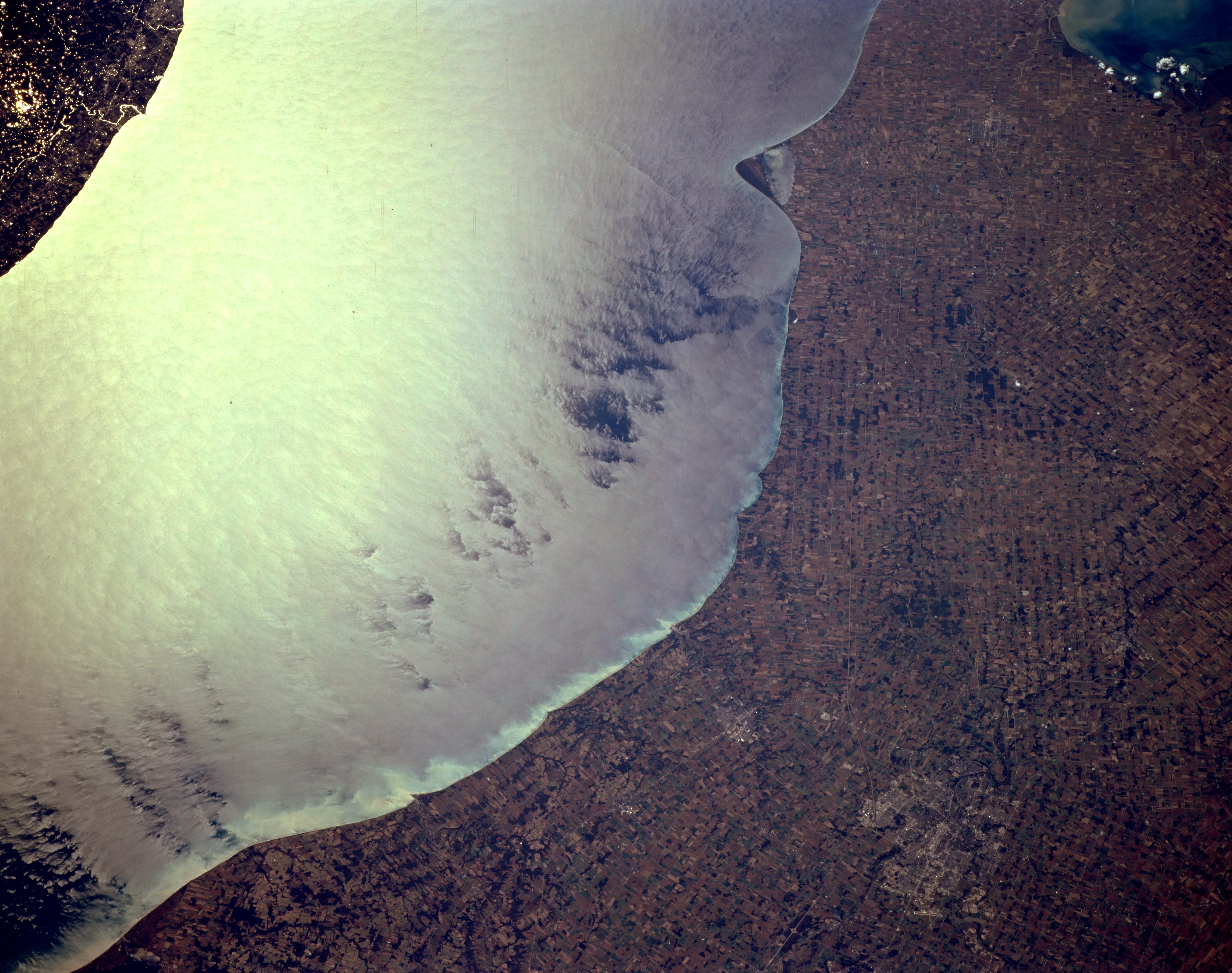 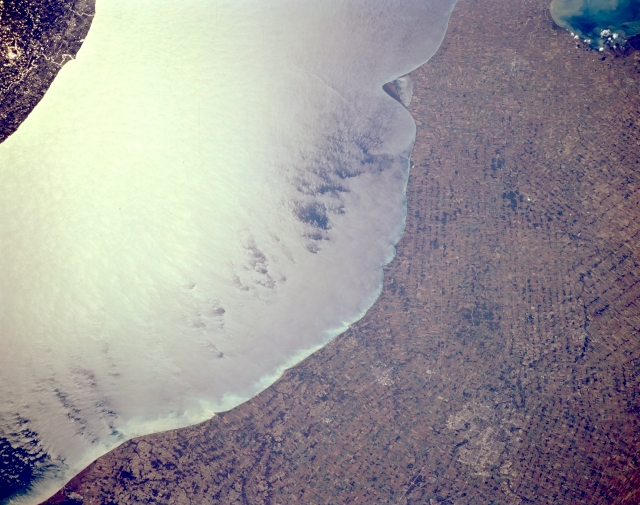 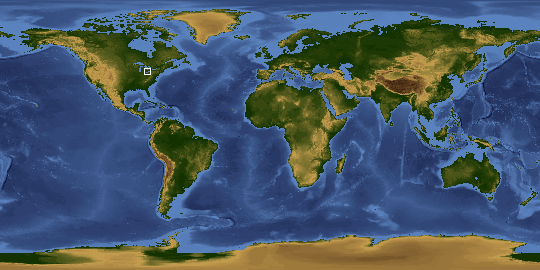 Other options available:
Download Packaged File
Download a Google Earth KML for this Image
View photo footprint information
Image Caption: STS068-164-131 Agriculture, Southern Ontario, Canada October 1994
The terrain in this southwest looking view of southern Ontario is gently rolling to flat and the land is almost exclusively used for intensive commercial agriculture. A great many crops, including various kinds of fruits and vegetables, are grown in the mainly sandy soils that are found along the north shore of Lake Erie. Many grain crops are grown in this region to feed dairy cattle. In spite of the many different diagonally intersecting angles that land parcels exhibit across the scene, there is an orderly, regimented alignment to the field patterns. London, the largest city in the picture, is barely observable towards the lower right corner of the image. The V-shaped peninsula (upper center) that juts southward into Lake Erie is Rondeau Provincial Park. The eastern edge of Lake St. Clair is visible in the upper right corner.