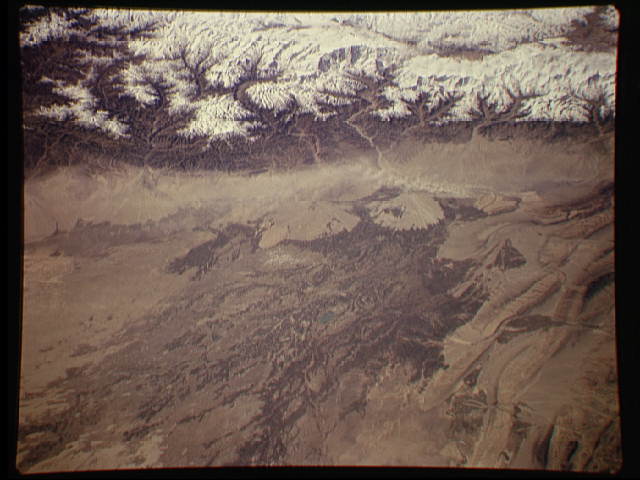 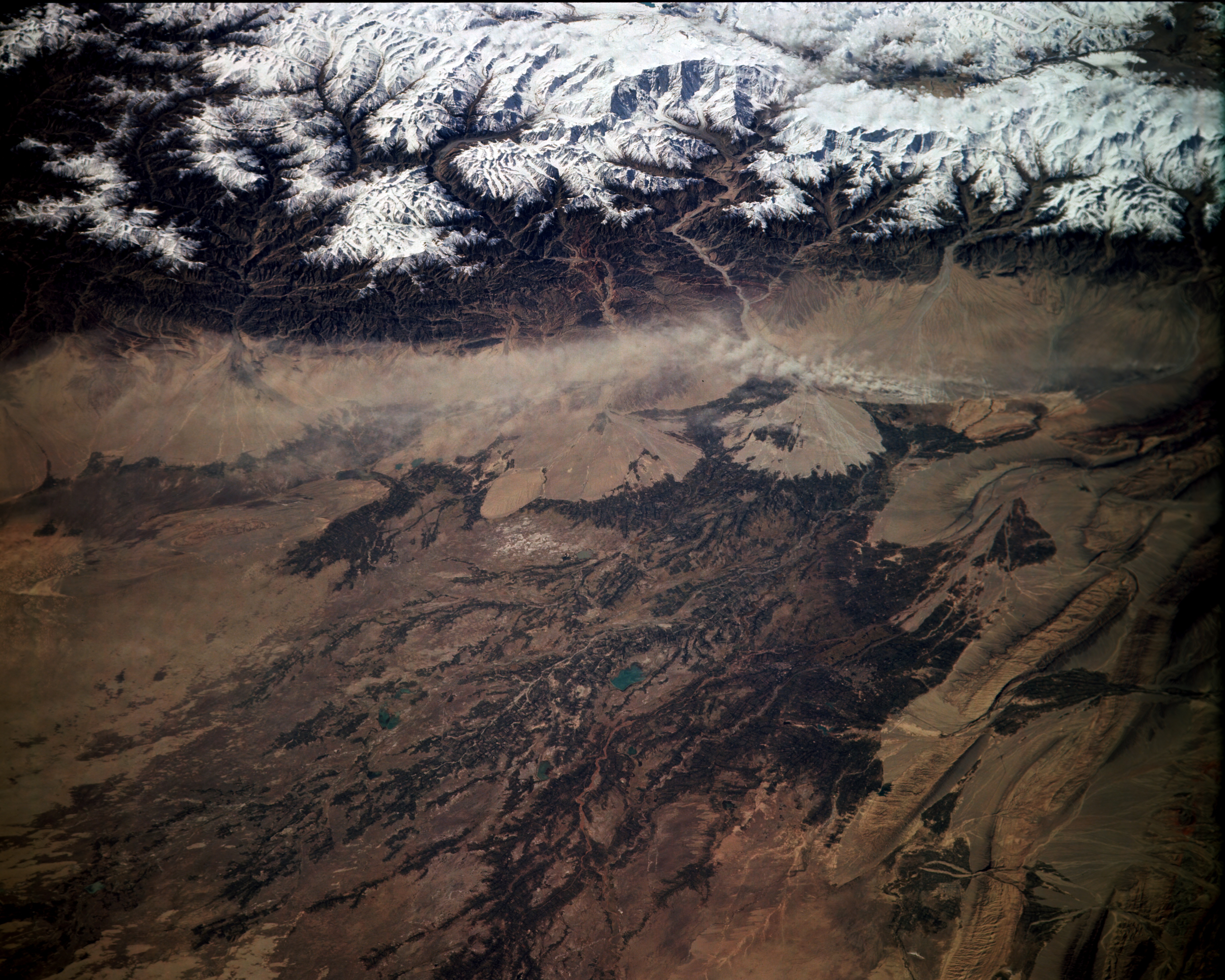 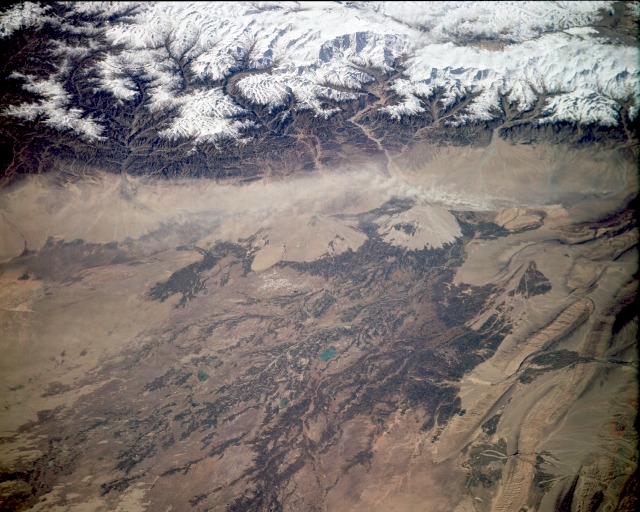 Other options available:
Download Packaged File
Download a Google Earth KML for this Image
View photo footprint information
Image Caption: STS068-163-136 Western Xinjiang Province, China October 1994
The snowcapped northwest Kunlun Mountains and Tien Mountains almost pinch together at the western end of the arid Tarim Basin in extreme western China as pictured in this low-oblique, southwest-looking photograph. The large alluvial fans along the northeast slopes of these mountains are the result of years of material deposition from glacial scouring and snowmelt. Many individual glaciers and glacial features are visible in this photograph. Because of the extensive browns and tans within the arid western Tarim Basin, surface water is assumed to be available for irrigation farming. No perennial rivers flow through this desert; only intermittent streams and rivers that originate in the surrounding mountains flow into the basin. Proof that the tributaries diminish and the water quality deteriorates as these streams flow from their source is provided as the browns become lighter with increased distance from water sources. Although not discernible at this scale, the city of Kashi is slightly west of center within the cultivated brown field patterns. A small dust storm appears to be blowing from west to east near the base of the alluvial fans at the foot of the Kunlun Mountains.