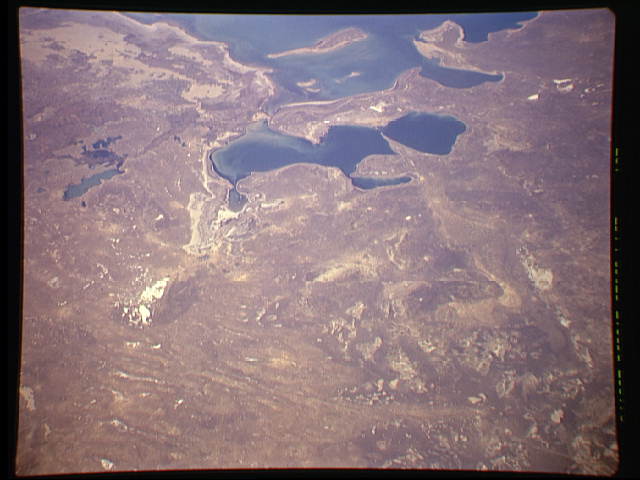 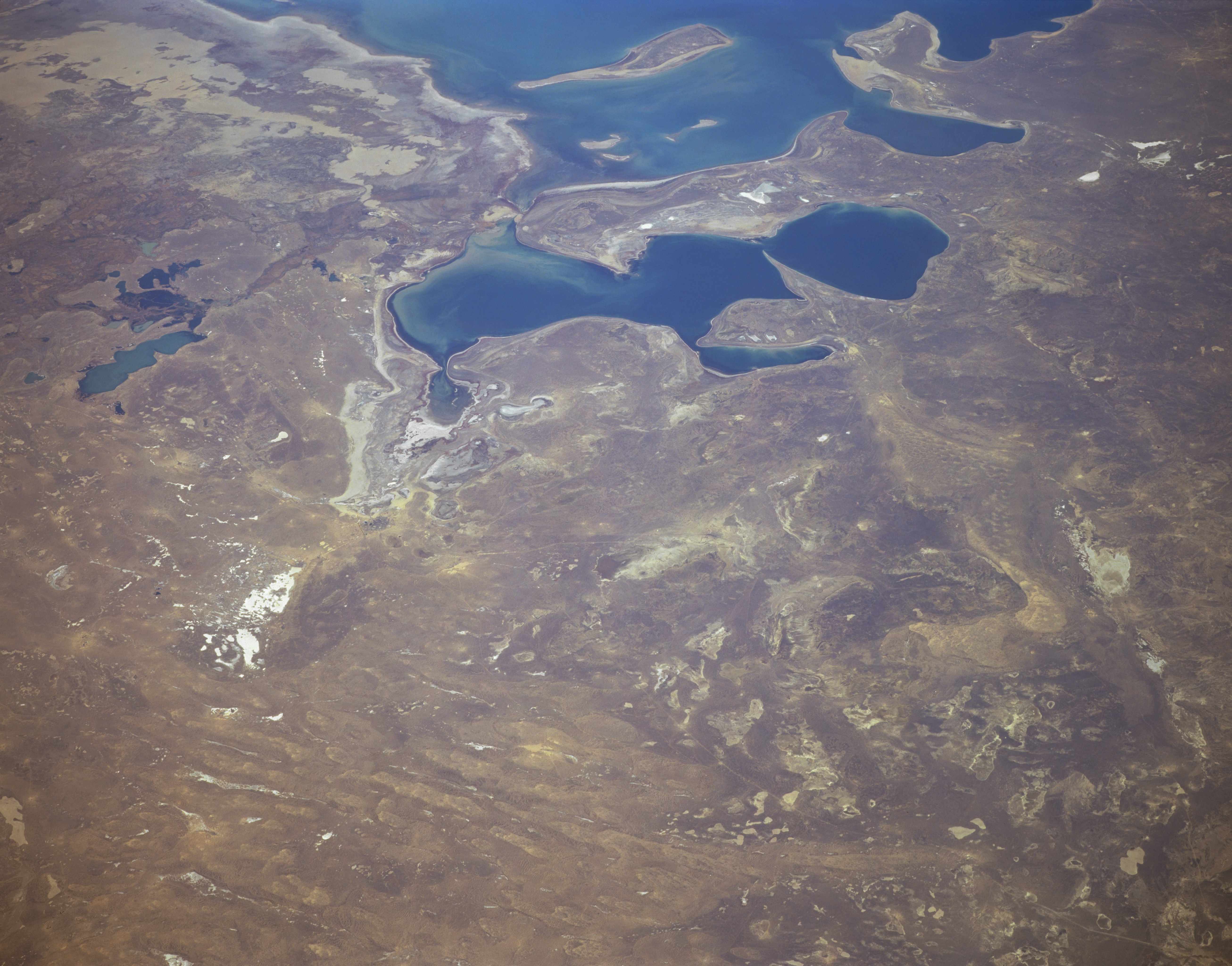 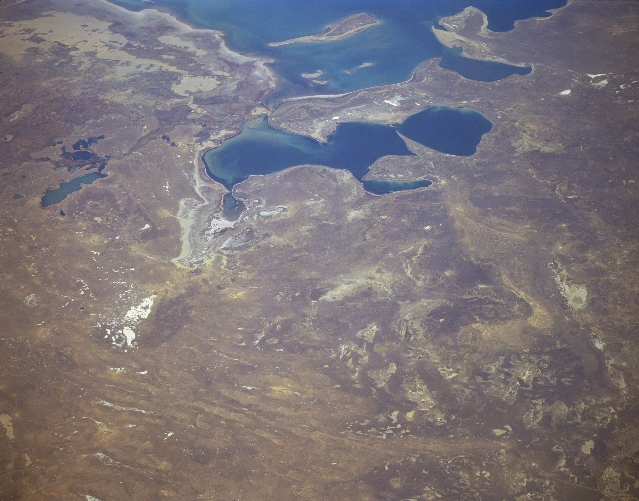 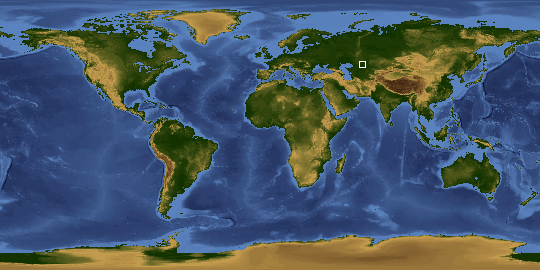 Other options available:
Download Packaged File
Download a Google Earth KML for this Image
View photo footprint information
Image Caption: STS068-163-123 Priaralsk Desert, Northern Aral Sea, Kazakhstan October 1994
The waters of the Northern Aral Sea, which lie at the south end of the sandy Priaralsk Desert, are visible in this southwest-looking view. The Kazakhstan city of Aralsk, though not readily discernible, is situated midway between the left center and center of the image in what was over 35 years ago, the northern edge of the Aral Sea. Since the early 1960's, the Aral Sea has lost over 60 percent of its volume. The city of Aralsk used to be a fishing port on the Aral Sea, and supported a large fish processing industry. The shores of the shrinking Aral Sea by the 1980's were nearly 80 miles (129 km) south from the city. In the early 1990's, a dam was built just to the south of the mouth of the Syr Darya, which will protect the northern part of the Aral Sea, letting the southern portion of the Aral Sea evaporate. Sea level in the northern part, due to the dam, has risen 9 feet (3 meters) since the construction of the dam, and waters have crept to within 10 miles (16 km) of the city of Aralsk. Although only 10 percent of the water from the Syr Darya reaches the Aral Sea, this water from the river will help the evaporation rate to slow greatly and for the northern part of the Aral Sea to expand. Future Space Shuttle Flights and future crews aboard the International Space Station will continue to monitor this ever-changing environmental area.