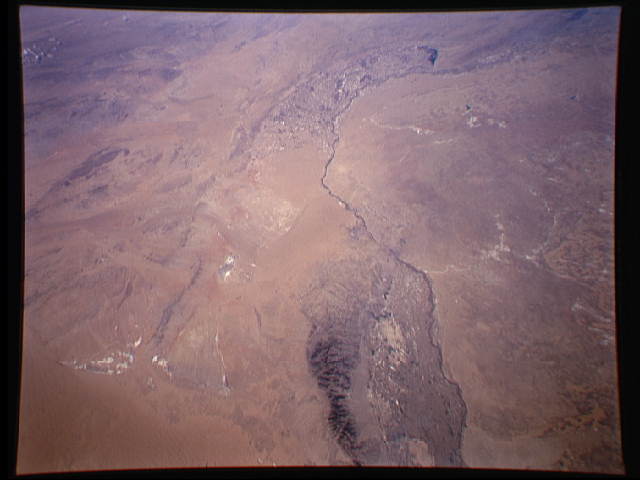 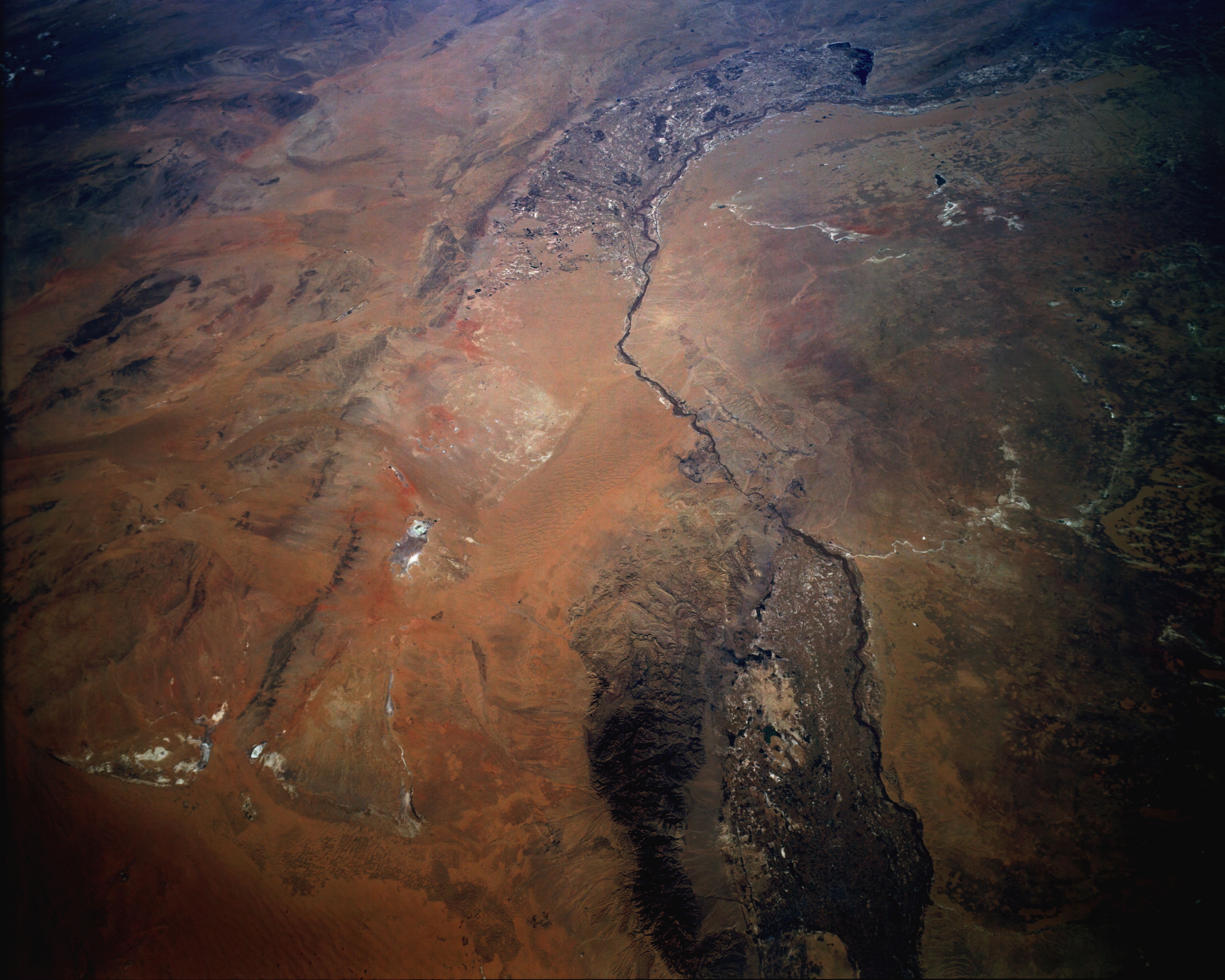 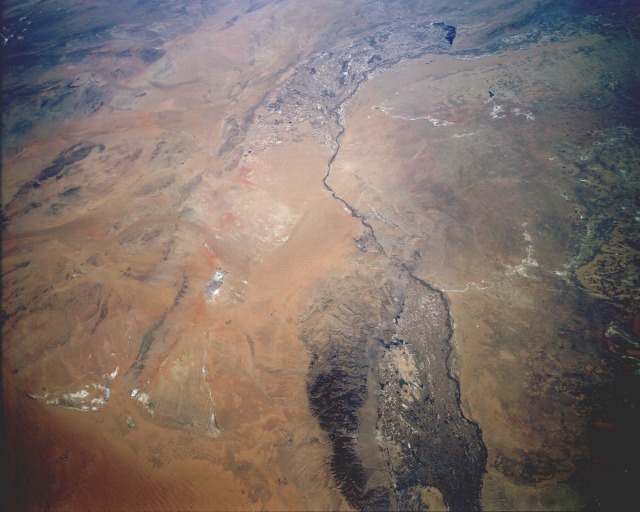 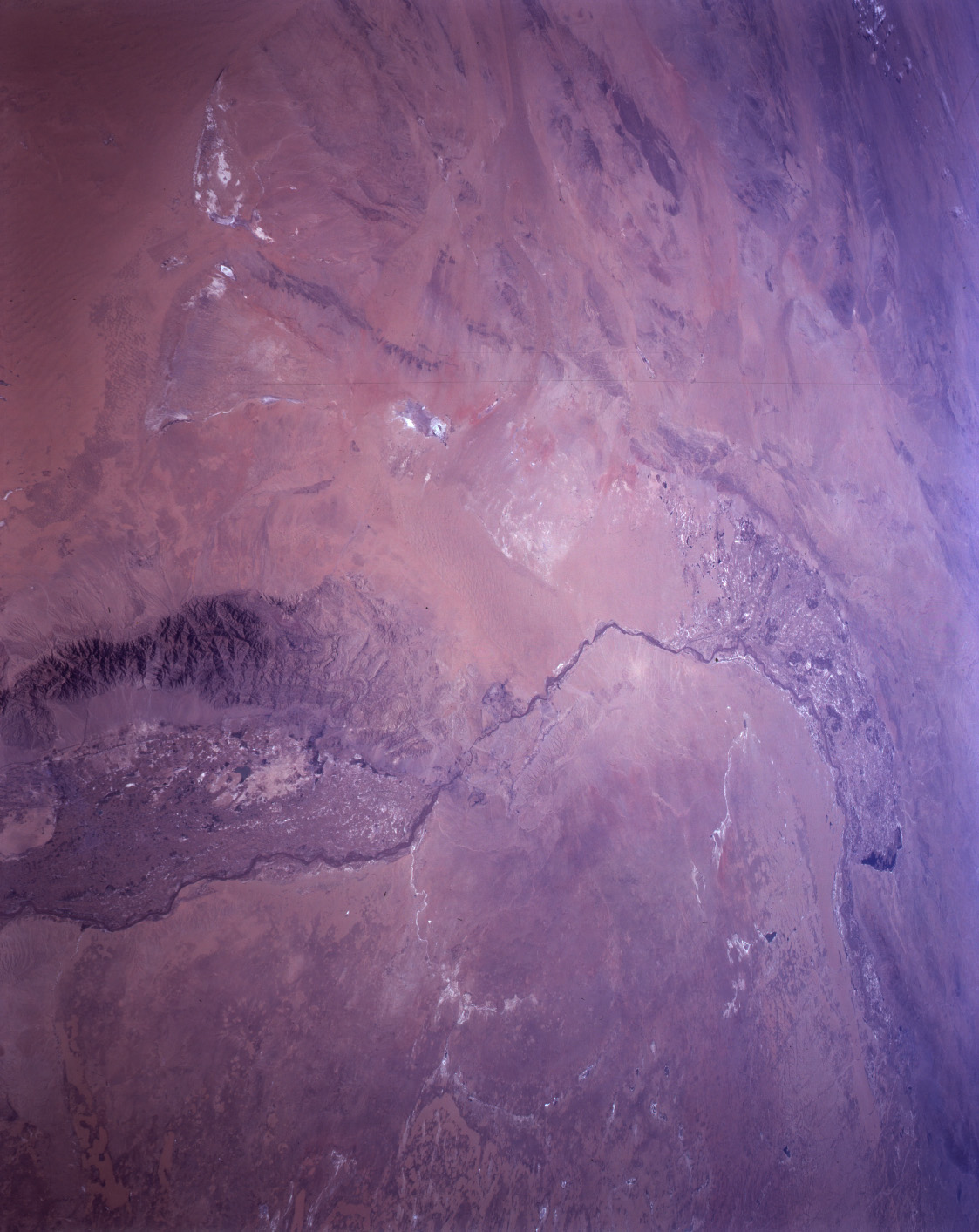 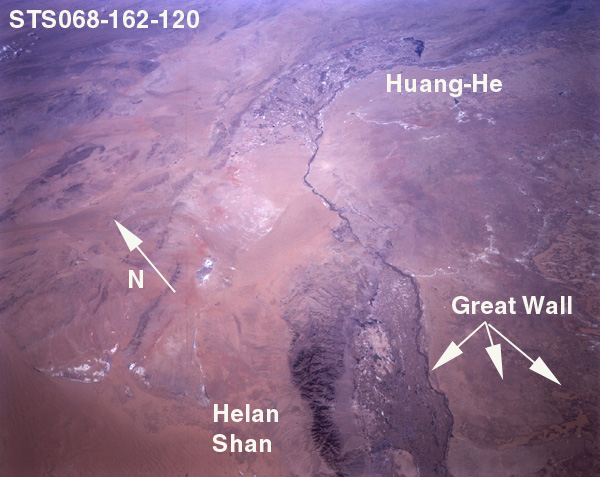 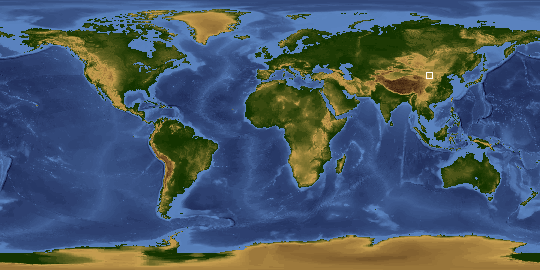 Other options available:
Download Packaged File
Download a Google Earth KML for this Image
View photo footprint information
Image Caption: STS068-162-120 Ordos Desert and the Huang He (Yellow River), China October 1994
The arid steppes in this low-oblique, generally north-looking photograph is a transition zone between China (People's Republic of China) to the south and the independent buffer state of Mongolia to the north. The photograph shows part of the Huang He (Yellow River) as it flows north and then east through the Ordos Desert. The climate of this margin of the Gobi Desert is characterized by chronic droughts, hot summers, and bitterly cold winters. The only true settlements are found along the floodplains of the Huang He where sufficient quantities of water are available for intensive irrigated farming. Two distinct agricultural areas are visible in the photograph--a highly cultivated area between the Helan Mountains (a small, north-south-oriented range near the southern boundary of the photograph) and the Huang He and another farther north where the Huang He bends east. The city of Baotou is located east of this second area, along the northern shore of the Huang He. Several highly reflective dry salt lakes are scattered east and west of the river. The sizable towns of Yinchuan and Xincheng are barely recognizable in the cultivated fields east of the Helan Mountain along the southern edge of the photograph. (Refer to STS-068-239-083 for a detailed photograph of floodplain farming east of the Helan Mountains.)