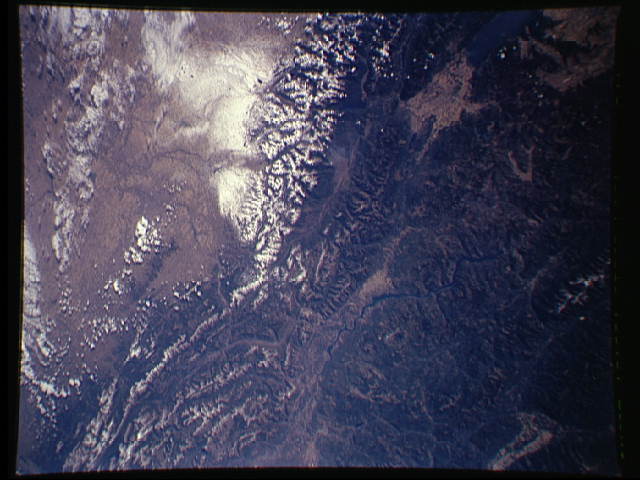 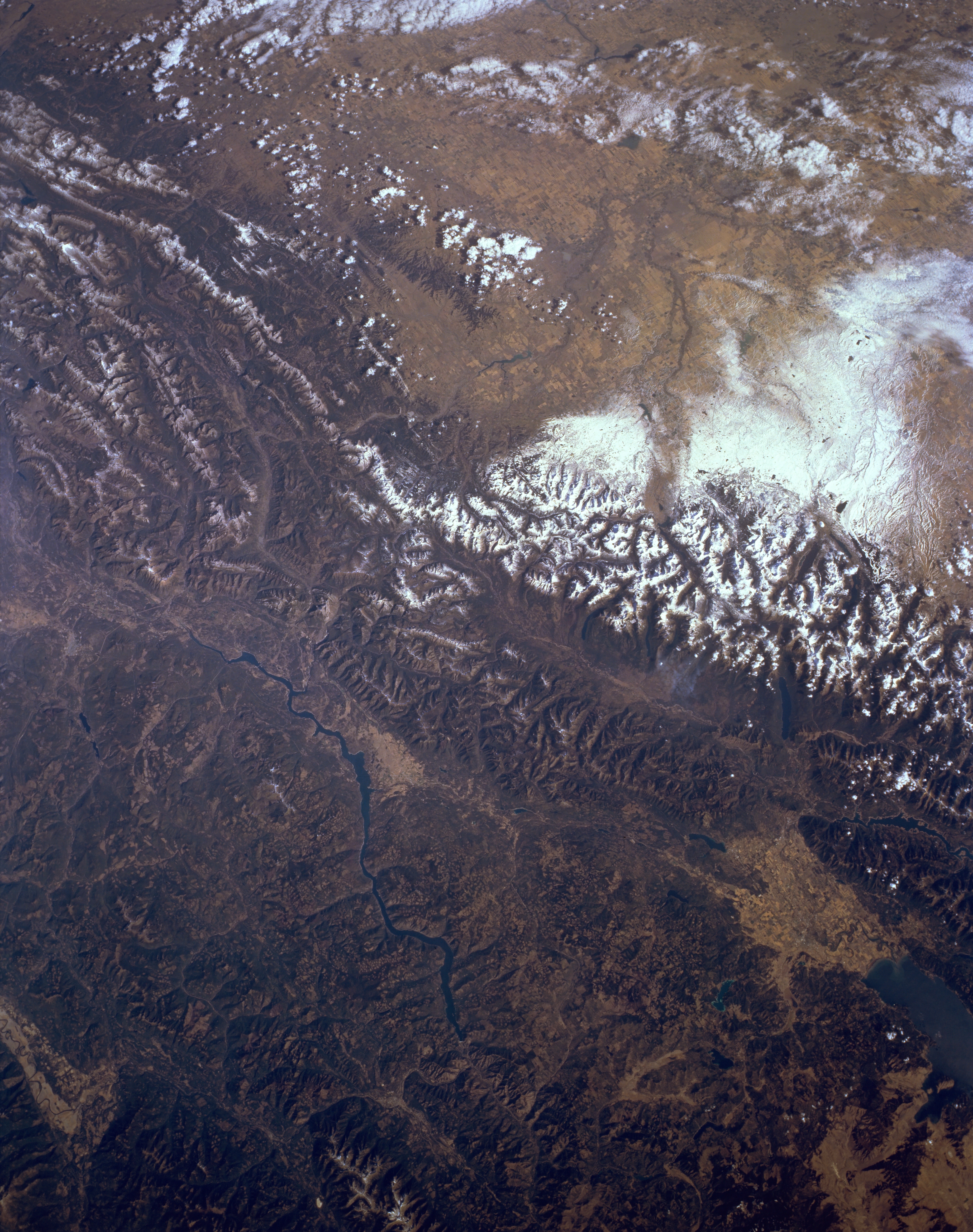 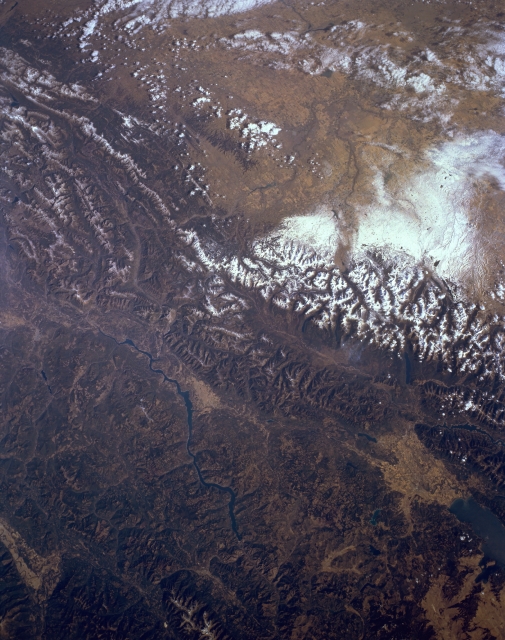 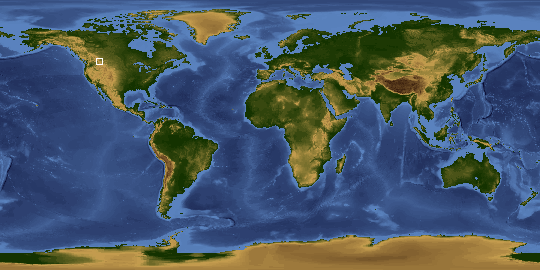 Other options available:
Download Packaged File
Download a Google Earth KML for this Image
View photo footprint information
Image Caption: STS068-161-041 Rocky Mountains, British Columbia, Canada October 1994
Parts of southeast British Columbia, southwest Alberta, and northwest Montana are visible in this synoptic, northeast-looking view of the Rocky Mountains. North of the Canadian/U.S. border the snow covered mountain ridgelines are easily discernible. The lighter colored landscape east of the Rocky Mountains shows part of the rolling plains of southwest Alberta. These lighter colored grasslands contrasts with the darker, forested mountainous slopes of the Rockies. The very bright, white feature near the right-center margin of the picture shows an area where a recent snowfall has covered a section of the plains in southwest Alberta. The Kootenay River is visible as it flows south between some of the lower elevation ranges of the Rocky Mountains. The dark blue feature in the extreme lower right corner of the picture is the northern end of Flathead Lake, Montana. The lighter colored terrain immediately north of the lake is a relatively flat valley where Kalispell, Montana is located.