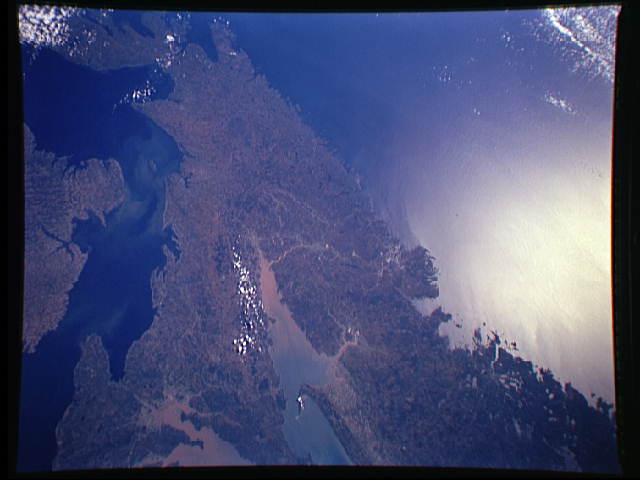 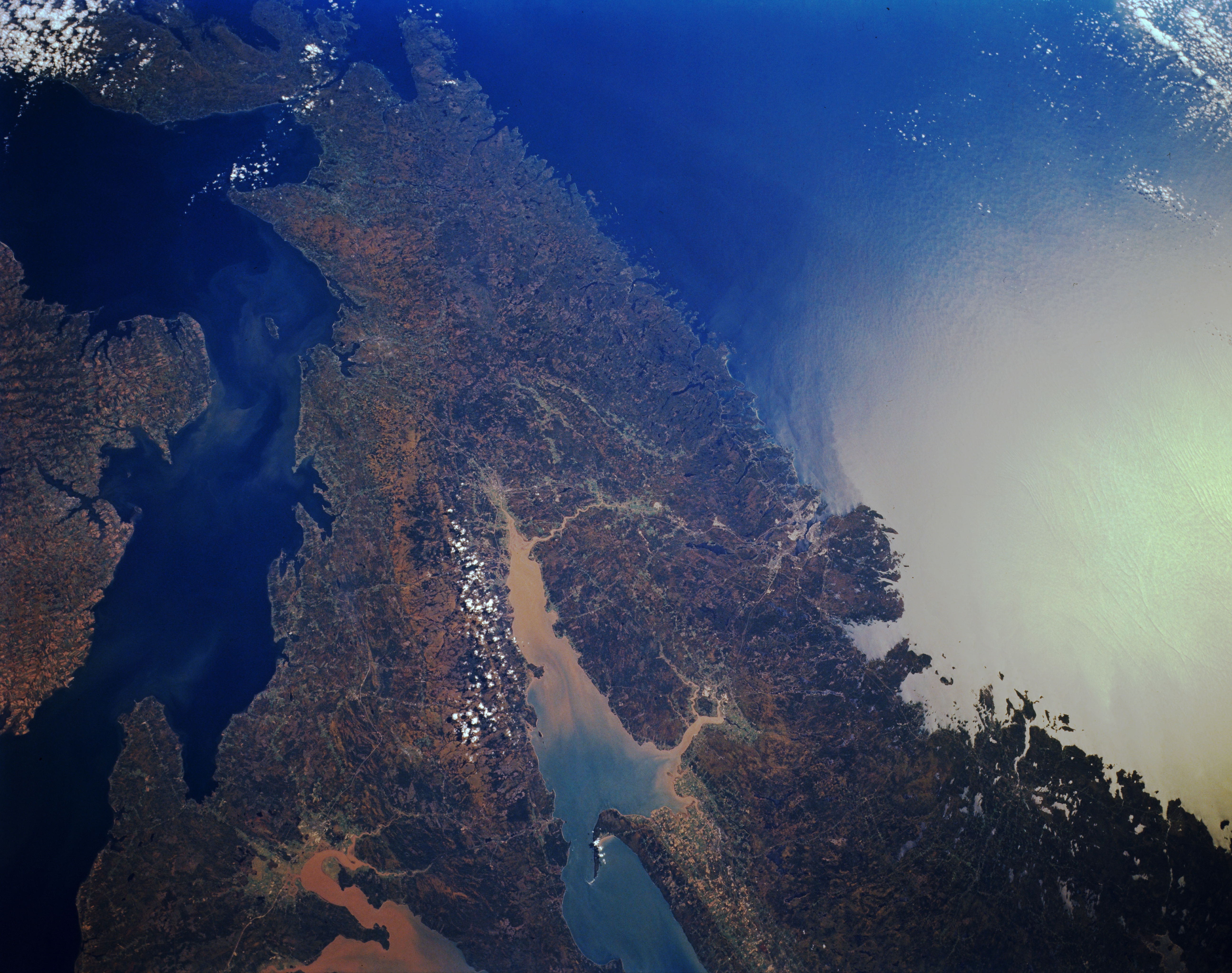 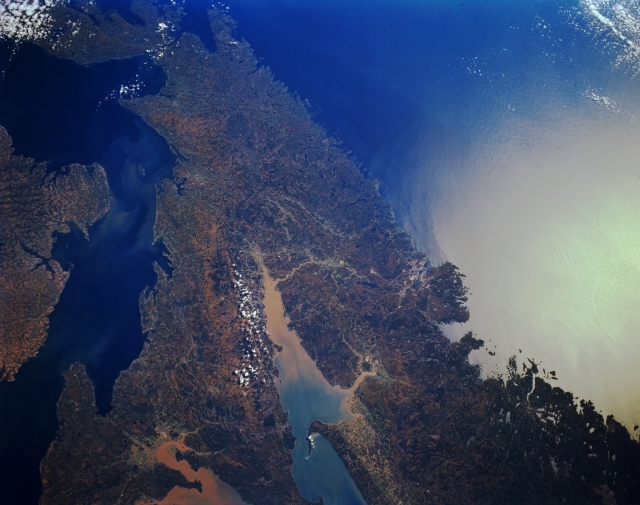 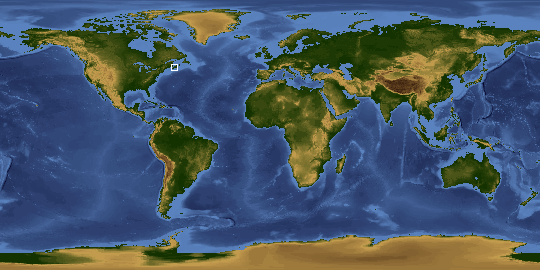 Other options available:
Download Packaged File
Download a Google Earth KML for this Image
View photo footprint information
Image Caption: STS068-161-038 Minas Basin, Nova Scotia, Canada October 1994
The rugged coastline of the peninsular Maritime Province of Nova Scotia is particularly accentuated in this synoptic view of central Nova Scotia. Two fingers of the larger Bay of Fundy are visible in this small scale image, the Cumberland Basin to the north and the V-shaped Minas Basin to the east. The largest tidal fluctuations in the world, sometimes exceeding 50 feet (15 meters), create a constant agitation in the sediment that is suspended in these basins. This can be seen in the discoloration at the head of the two bays. The Northumberland Straits is the body of water that separates Nova Scotia from Prince Edward Island (left center). The Strait of Canso that separates the mainland of Nova Scotia from Cape Breton Island is barely visible near top left. The urban, built-up area of Halifax is located along the east coast. The bright spot towards the right side of the picture is caused by the sun reflecting off of the water surface of the Atlantic Ocean. This is called sunglint or sunglitter.