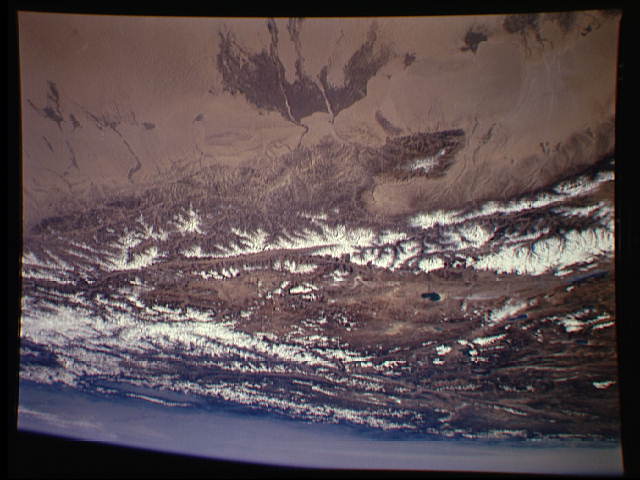 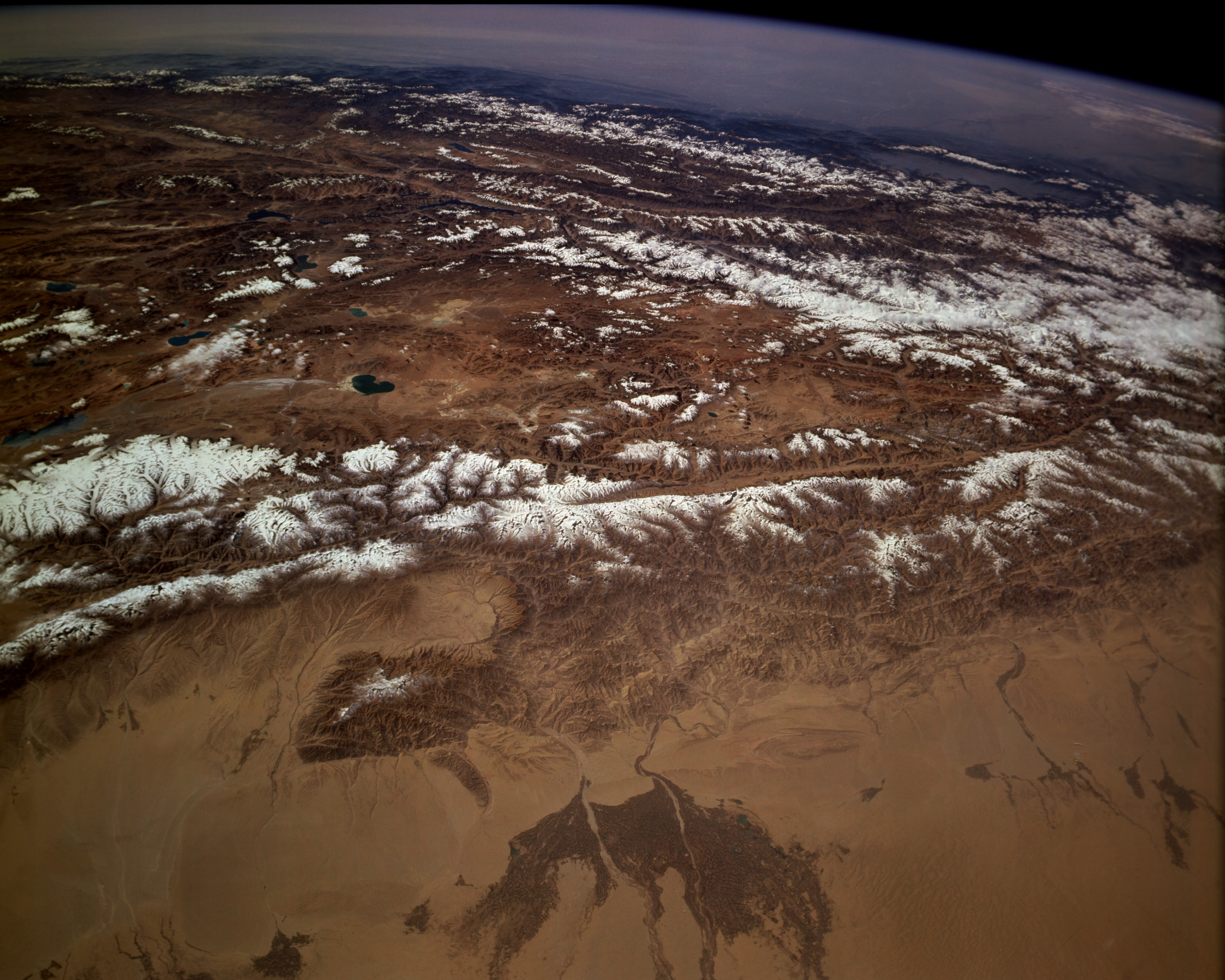 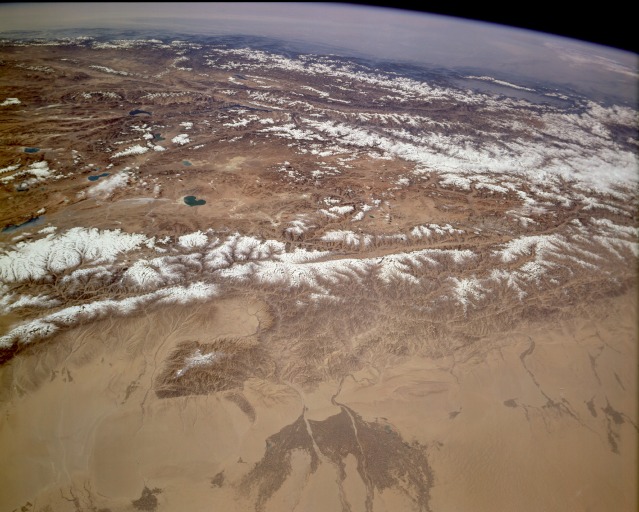 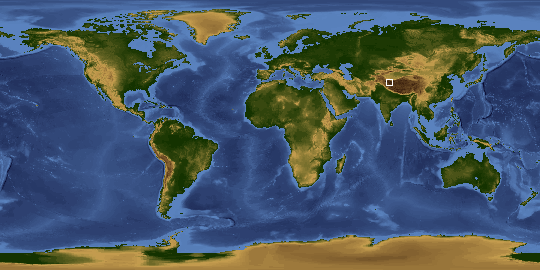 Other options available:
Download Packaged File
Download a Google Earth KML for this Image
View photo footprint information
Image Caption: STS068-158-00C Takla Makan Desert, Kunlun Mountains, and Tibetan Plateau, China October 1994
Viewing north to south, three major physiographic features are clearly seen in this panorama of western China--the southern fringe of the Takla Makan Desert, the high Kunlun Mountains, and the Tibetan Plateau. Most of the area shown in this photograph receives less than 10 inches (25 centimeters) of precipitation annually; most surface water that flows through the valleys and into the desert comes from snowmelt in the high mountains. Several major north-flowing watercourses (darker areas) that allow irrigated agriculture extend into the otherwise nonvegetated southern fringe of the Takla Makan Desert. The city of Hotan is not discernible at this scale; however, it lies between two stream channels within the darker delta. The snowcapped, generally east-west trending Kunlun Mountains, with most peaks exceeding 20 000 feet (7000 meters), are a major physical barrier between the Takla Makan Desert and the extensive, elevated, arid Tibetan Plateau. Basin elevations within the plateau average approximately 17 000 feet (5180 meters). The lakes on the plateau result from snowmelt in the surrounding mountains. This mountainous plateau, with most major fault structures having an east-west orientation, was formed and continues to be modified by the collision of the Australian-Indian Plate and the Eurasian Plate.