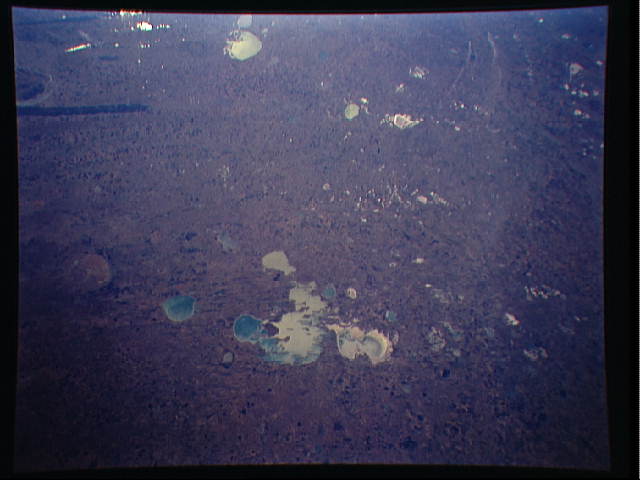 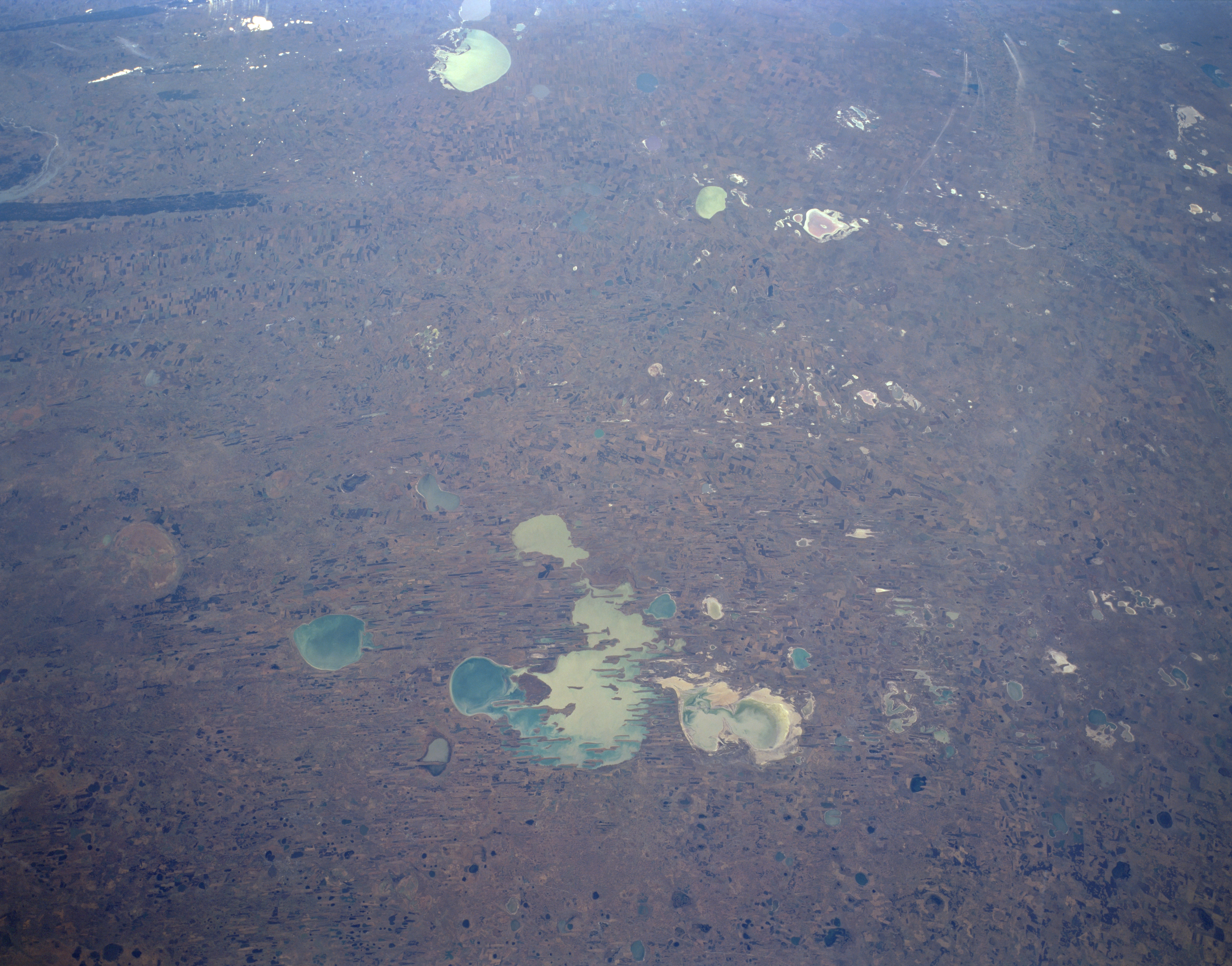 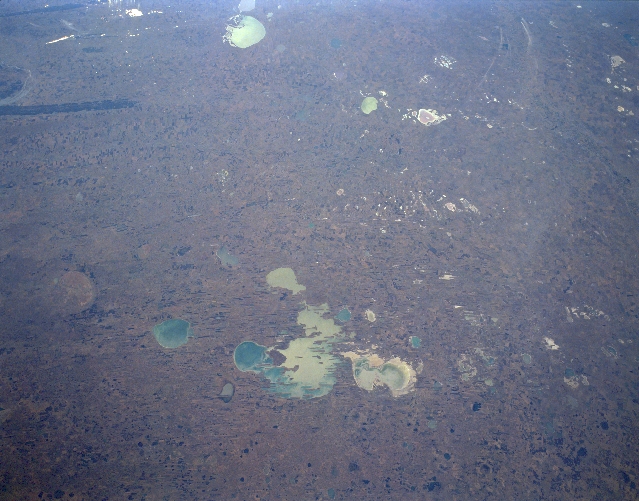 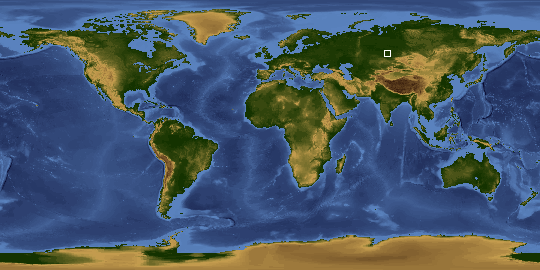 Other options available:
Download Packaged File
Download a Google Earth KML for this Image
View photo footprint information
Image Caption: STS068-153-017 Lake Chany Area, Russia October 1994
This southerly-looking, synoptic view shows a large section of the vast West Siberian Plain with Lake Chany (large, irregular-shape feature) located towards the bottom center of the image. Although Lake Chany is not well known outside of Russia, it is one of the largest lakes in Russia. Lake Chany is a shallow, freshwater lake that has a fluctuating water level, which can change from season to season and year to year. At the time that this picture was taken, the water level in the lake appears to be low, even to the point where the western end and the northeast corner of the lake seem to be separate lakes. A variety of ecosystems that surround the lake include a mixture of wetlands, salt marshes, and a mixture of birch and aspen forests. The landscape is so flat in this region between the Ob River (east) and Irtysh (west) Rivers that it consists of poorly drained marshlands with only limited accessibility. The light-colored features many oval-in- shape, are lakes or salt flats (dry lakes). Kulundinskoye Lake is the oval-shaped lake near the top center. The dark-colored, linear feature (upper left) is a forested, swampy finger of the Ob River. Lake Chany in particular is critically important for the migratory birds of Siberia.