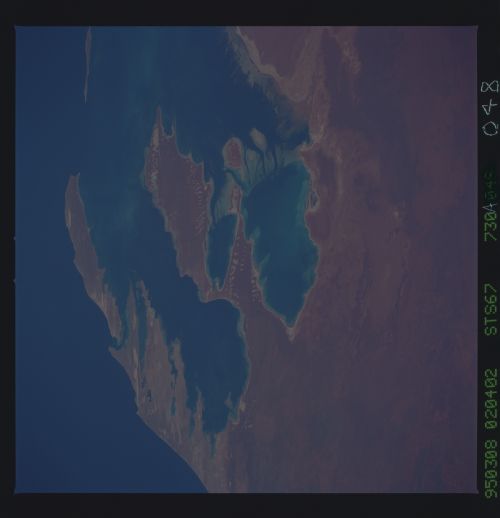 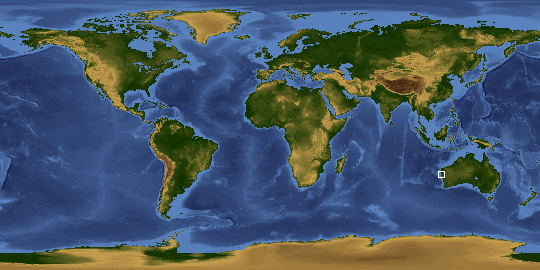 This is an oblique view of the Shark Bay complex from the east. Hamelin Pool at the center of the photo and Shark Bay proper are separated from Freycinet Estuary and Denham Sound by the Peron Peninsula. These, in turn, are separated from the Indian Ocean by Edel Land Peninsula and Dirk Hartog Island. This arid western coast of Western Australia is very sparsely populated, but a few roads can be seen. Shark Bay is renowned in sedimentary geology for its algal-formed mounds of limy sediment, as high as a meter, formed in response to rapid lime sediment growth in a moderate tidal range. A complex set of lime-sediment shoals and tidal passes forms the Disappointment Reach shallows. Some red, land-derived mud does make its way into the intertidal zone along the coast north of the Reach. The clouds of light- colored water in Shark Bay and Denham Sound may either be lime sediment, perhaps precipitated from sea water (whitings), or a plankton bloom; only sampling would tell for sure.