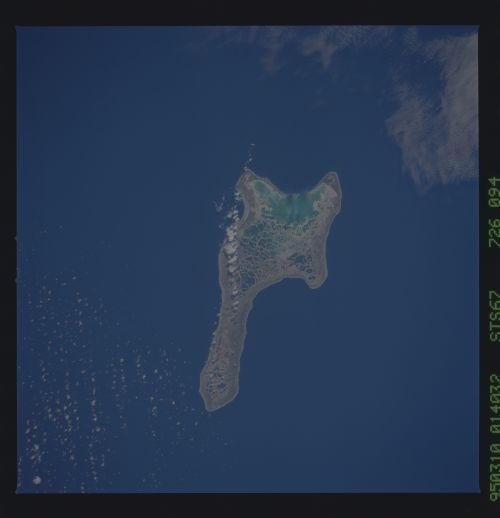 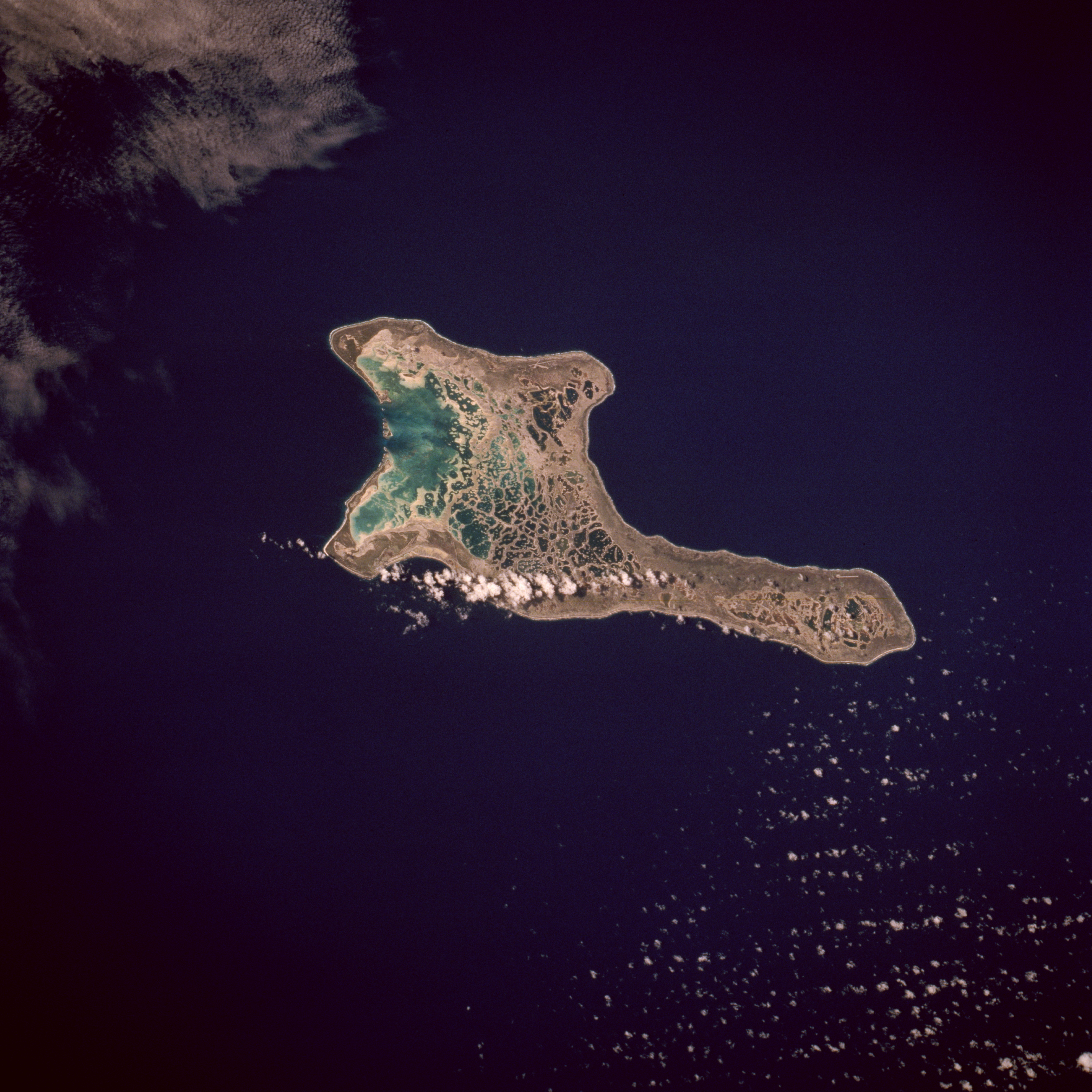 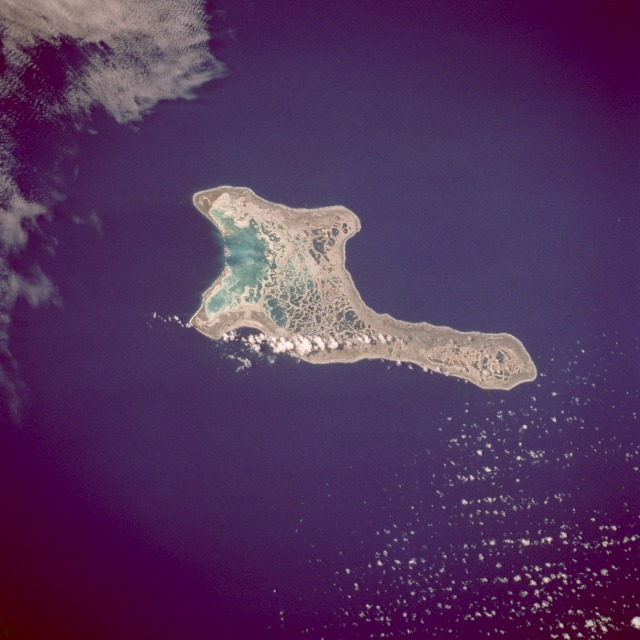 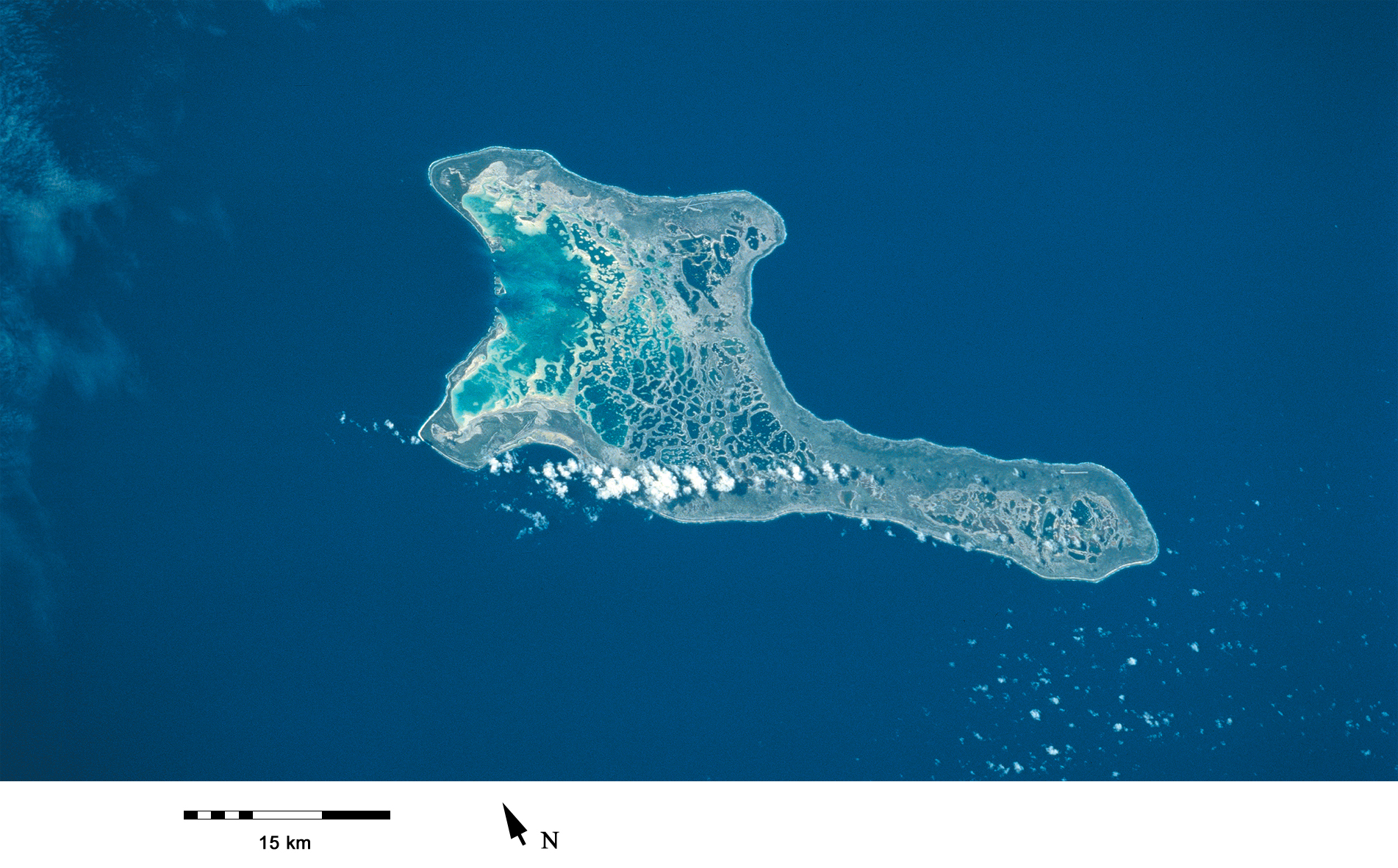 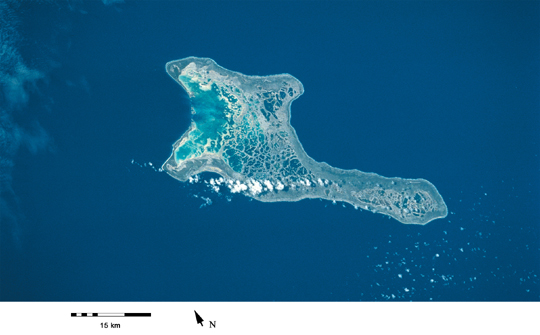 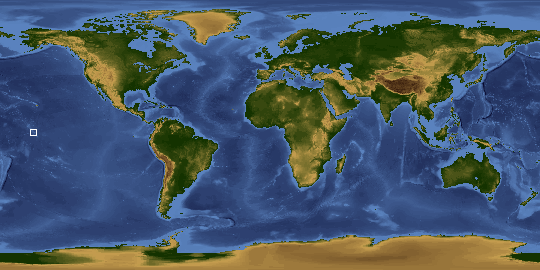 Other options available:
Download Packaged File
Download a Google Earth KML for this Image
View photo footprint information
Image Caption: STS067-726-94 Kiritimati Island, Republic of Kiribati March 1995
Kiritimati Island (formerly known as Christmas Island), the largest atoll in the Pacific Ocean, is the centerpiece of this low-oblique, northeast-looking photograph. The atoll covers 234 square miles (606 square kilometers), of which 94 square miles (243 square kilometers) are land. The island was discovered by Captain James Cook in 1777. The majority of the island's inhabitants work on coconut plantations and in copra production. The island's major airbase is on the northeast side of the island. A few meteorological research stations are scattered throughout the island. Nuclear tests were conducted on Kiritimati Island by the British in 1957 and 1958 and by the United States in 1962.