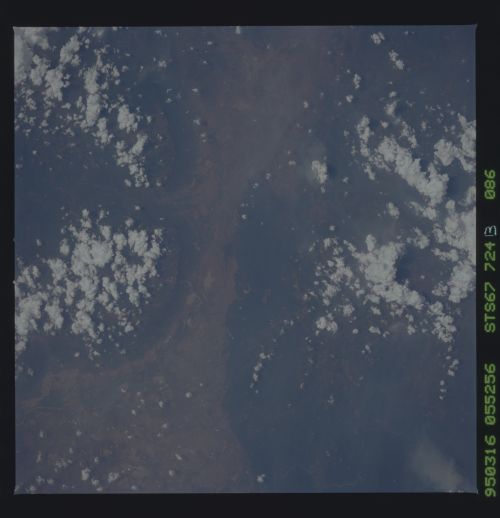 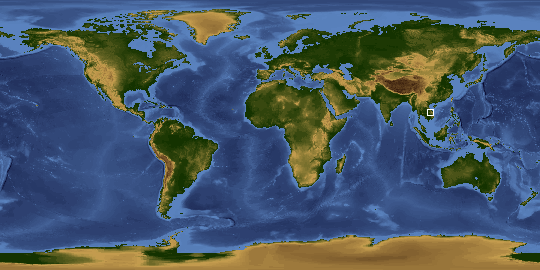 Other options available:
Download Packaged File
Download a Google Earth KML for this Image
View photo footprint information
Image Caption: unlight is reflecting off the ocean surface around the islands of
Ritchie!s Archipeligo in the Andaman Sea. In the sunglint we can see
the southward moving current moving past the archipelago. The current
flow is visible in the Space Shuttle photography because of surface
oils, both biological and man-introduced. The oils are carried by the
currents and thus take the form of the flow. Oils smooth out the
surface capillary waves and create a smoother surface. The smoother
surfaces reflect more sunlight and appear brighter. The darker areas
are due to winds ruffling the sea suface resulting in less sunlight
being reflected. (Other types of features which you can see in the
sunglint when examining the film of this photo, which don!t project
well, are shipwakes and small eddies (vorticies) down current of some
points of land and of the islands.