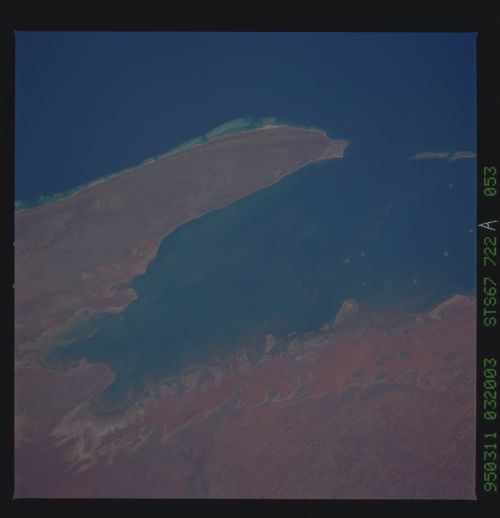 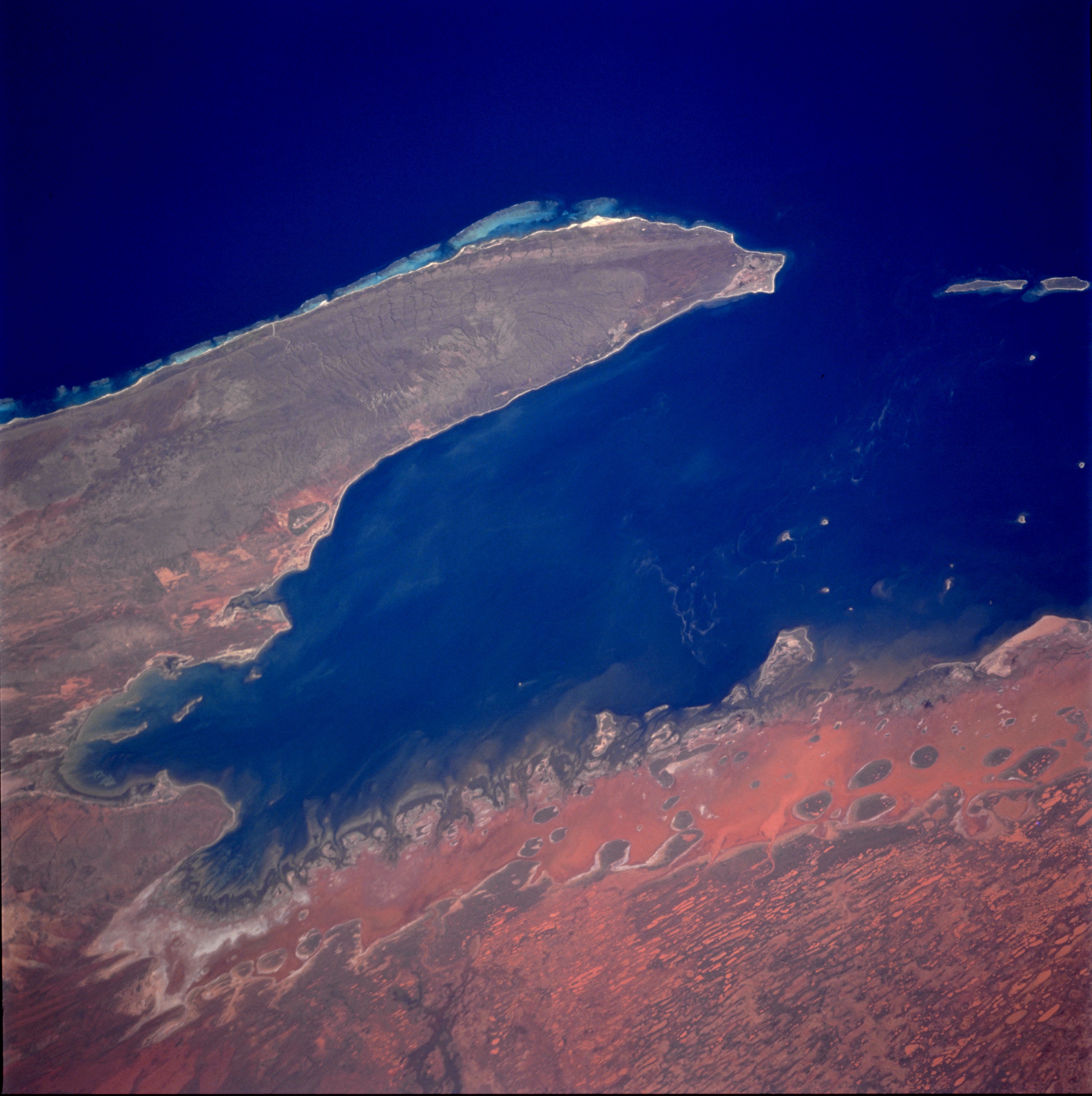 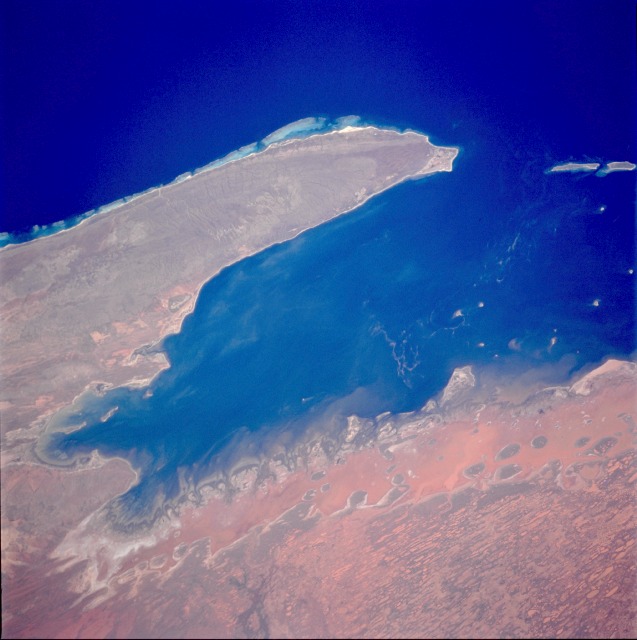 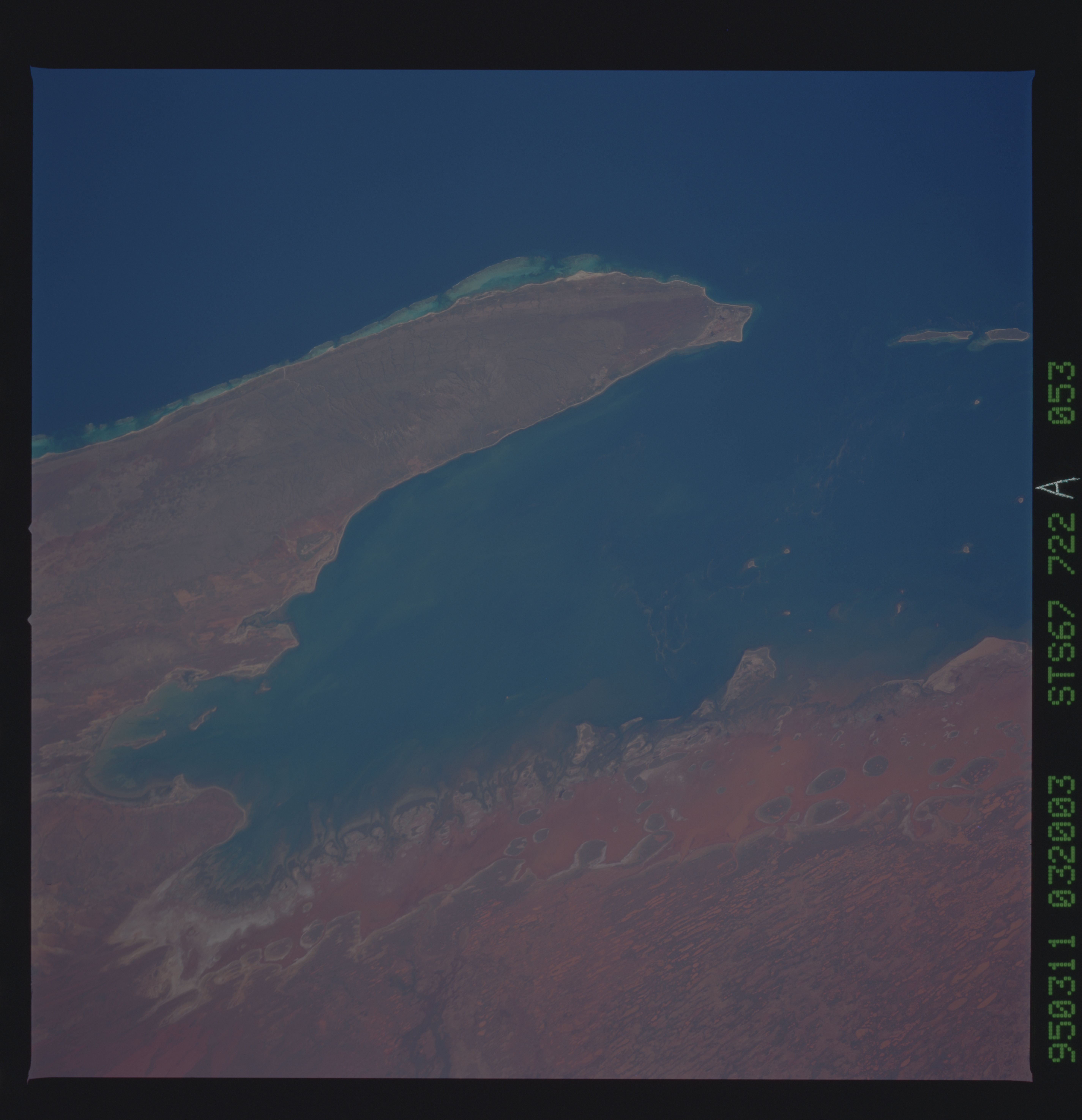 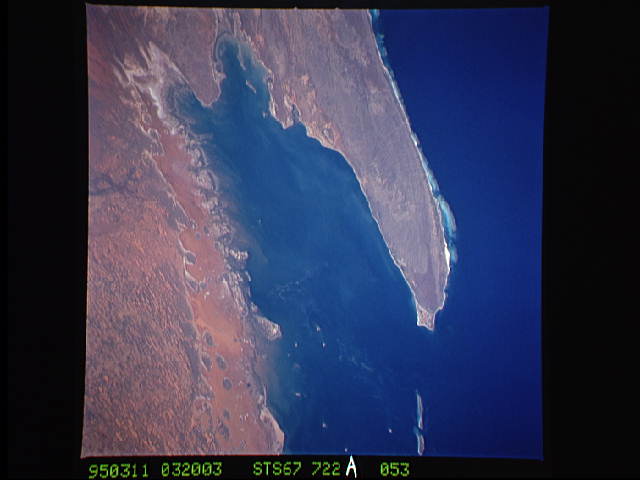 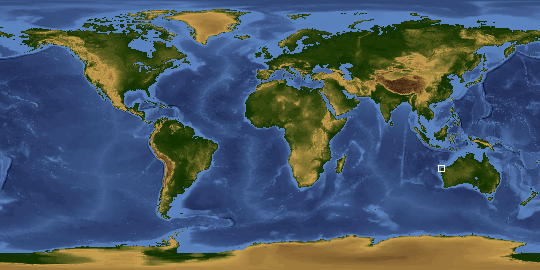 Other options available:
Download Packaged File
Download a Google Earth KML for this Image
View photo footprint information
Download a GeoTIFF for this photo
Image Caption: STS067-722A-53 Exmouth Gulf, Western Australia March 1995
This near-vertical photograph of Exmouth Gulf, an inlet of the Indian Ocean, and the North West Cape Peninsula on the central coast of Western Australia was taken after heavy tropical rains. Floodwaters (orange-red) appear in the mangrove swamps along the gulf coast and are interspersed throughout the sand dunes near the coast. On the elongated North West Cape Peninsula, Cape Range National Park with its miles (kilometers) of beaches sheltered by coral reefs is visible between Exmouth Gulf and the Indian Ocean. A filamentous pattern in the Gulf probably indicates a plankton bloom. Rainfall is usually meager; however, summer cyclones can flood the deep limestone gullies that extend from the middle of the peninsula toward the gulf and the ocean. Until the early 1950s, this region was sparsely populated; however, with the discovery of oil on the peninsula in 1952, the small town of Exmouth on the gulf side (barely visible in the photograph) quickly became a major port city. As discoveries of oil were made in other areas of Western Australia, other port cities sprang up. Today, Exmouth is more famous for tourism than for shipping.

The Exmouth Gulf, western Australia, is bounded on the west by the Cape Ranges; near the base of the peninsula the Learmonth Airfield, site of a solar observatory, can be seen. Spit-accretion ridges formed on ancient beaches extend along the western edge of the peninsula, which today is lined by the Ningaloo Reef. Red mud carried by floodwaters, the result of Hurricane Bobby the previous week, cover flat coastal land along the eastern side of the gulf. The mud is mixing slowly with marine water as it filters through passes between mangrove-covered islands. A filamentous pattern in the gulf probably indicates a plankton bloom. Island paleodunes stretching from south to north cover the landscape.