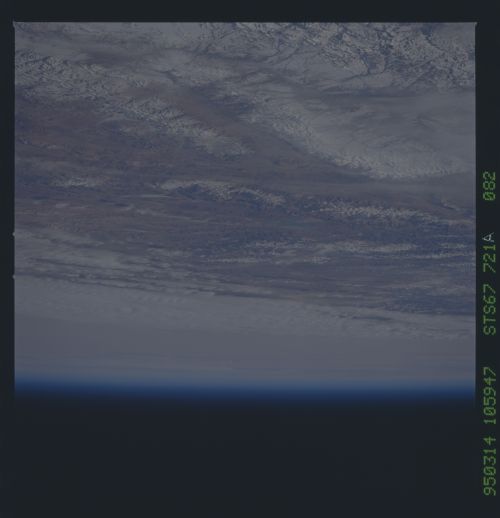 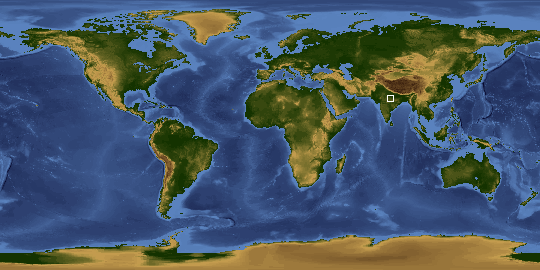 Other options available:
Download Packaged File
Download a Google Earth KML for this Image
View photo footprint information
Image Caption: Two major physiographic features are very much in evidence in this
photograph. First, a small segment of the very rugged Himalayan
Mountains is observed in the foreground. This virtually cloud-free
color photograph (general direction of view is northerly) shows part
of the snow- covered northwest - southeast trending Himalayas. Within
this mountain range local relief is severe: in many places differences
in elevation above sea level are as great as 9,000 or 10,000 feet - in
some places within five (5) miles or less horizontally. Several
glaciers radiate to the north from the northermost regions of the
Himalayas.

A fairly extensive, largely snow-covered intermontane valley is also
evident across the center section of the photograph. The minimum
elevation of this high drainage basin is in excess of 17,000 feet
above sea level. The Gangdise Mountains, another northwest - southeast
trending range - forms the northern boundary of the broad valley.
Several major ice and snow-covered identifiable lakes are seen on the
Tibetan Plateau of China. This photograph substantiates that this
region of the world deserves the title of "Roof of the World".