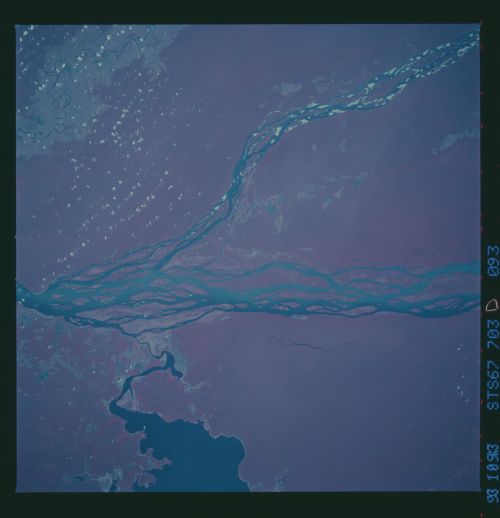 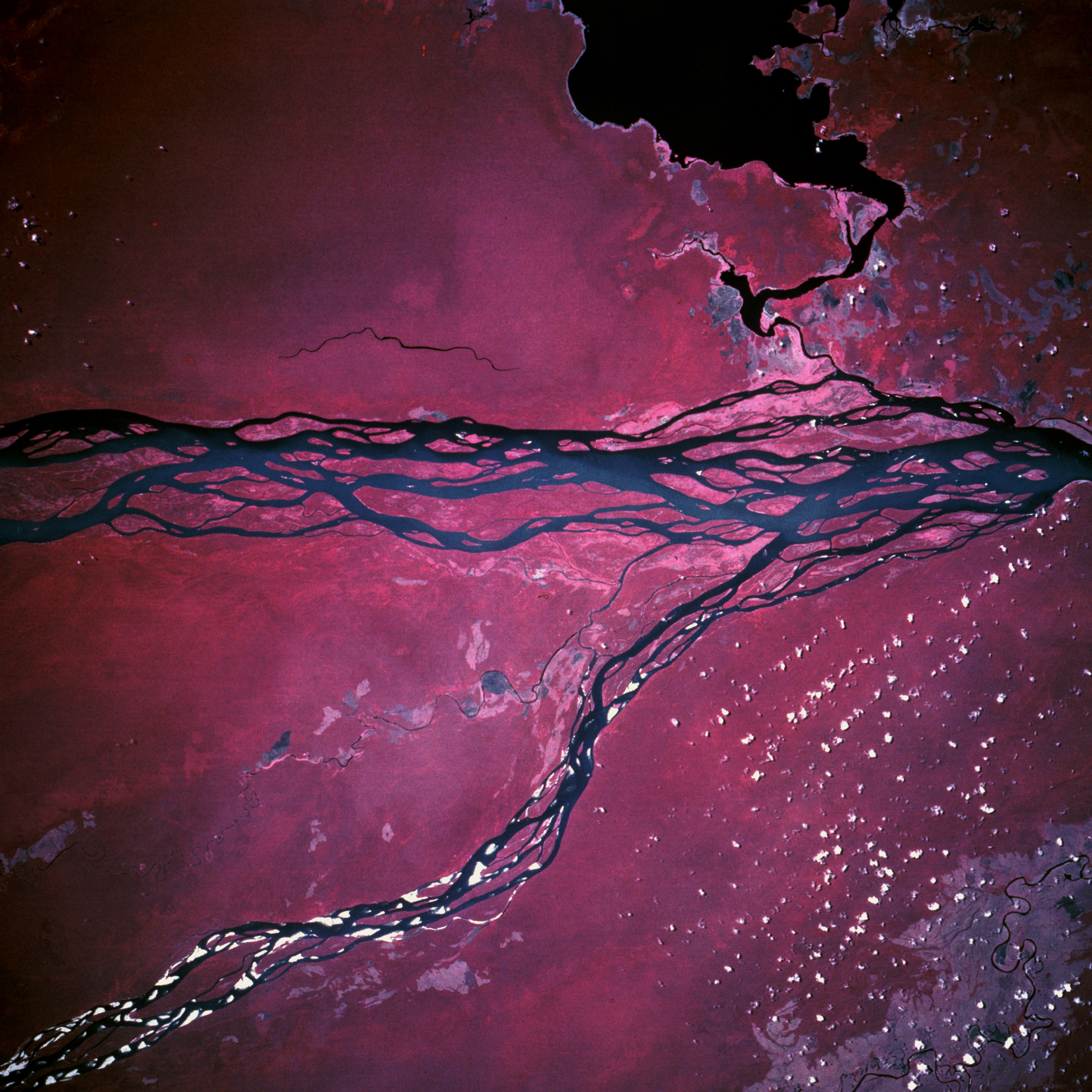 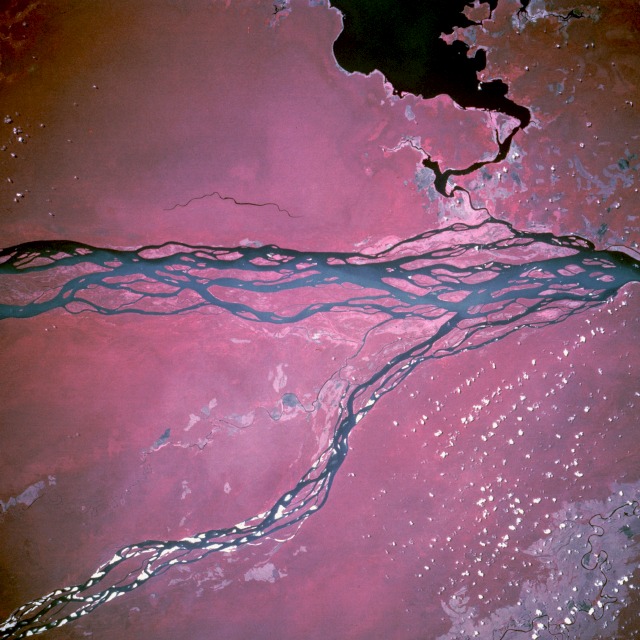 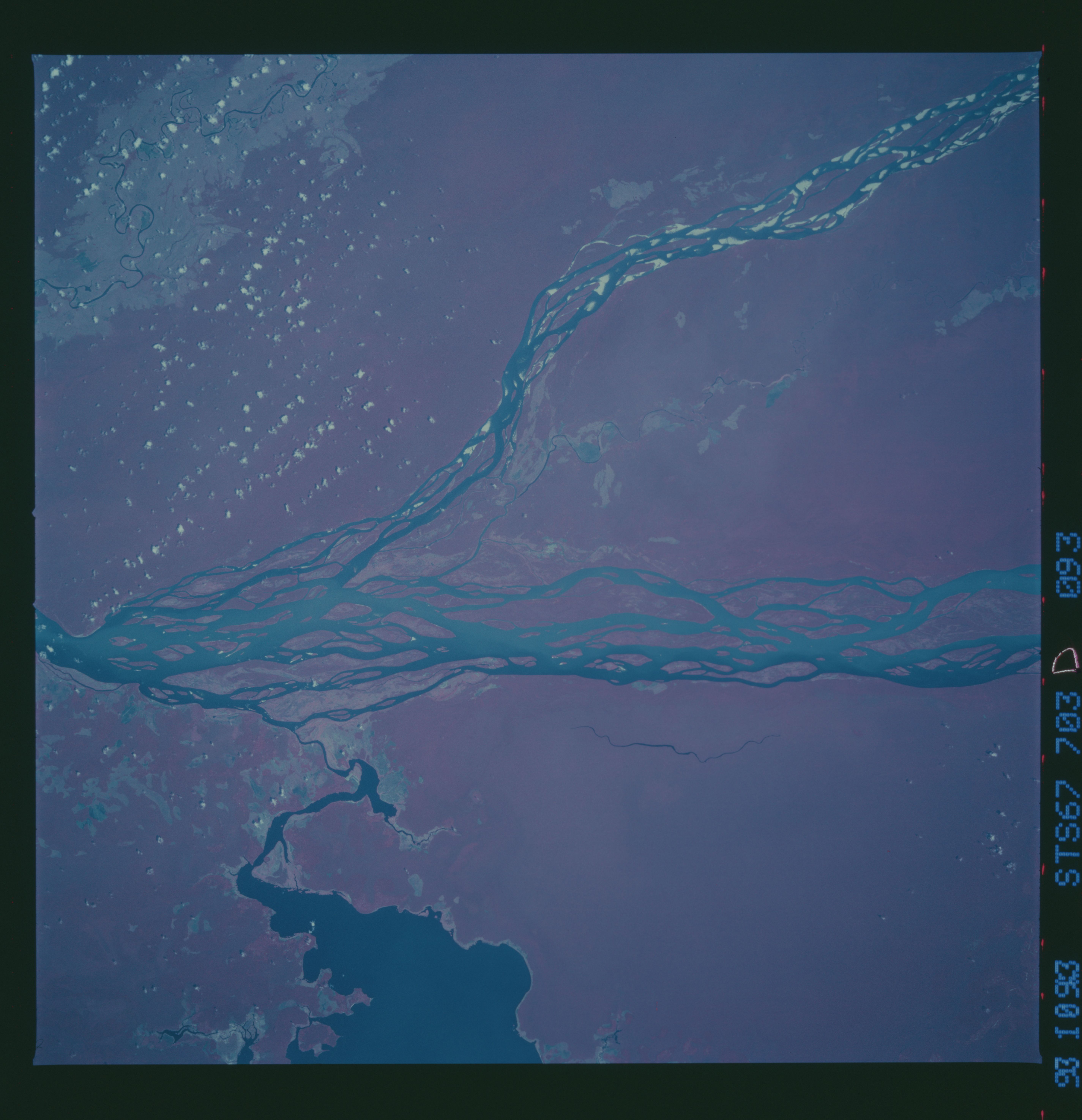 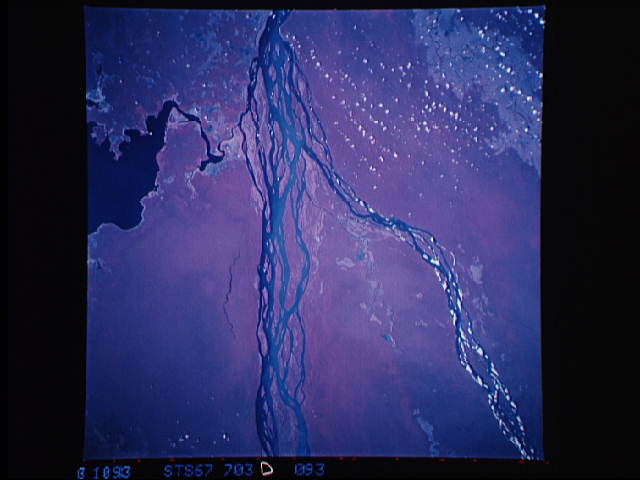 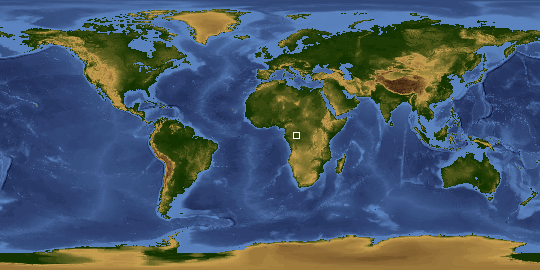 Other options available:
Download Packaged File
Download a Google Earth KML for this Image
View photo footprint information
Download a GeoTIFF for this photo
Image Caption: STS067-703D-093 Zaire (Congo) River, Zaire March 1995
The dense swamp at the confluence of the Zaire (Congo) and Ubangi (Oubangui) Rivers in northwestern Zaire is greatly enhanced by this color infrared photograph. The uniform, reddish color that dominates this scene shows a virtually unbroken tropical rain forest canopy. The pale pink areas, mostly along the shores of the rivers and Lake Tumba (large, dark feature south of the Zaire River), show locations of slash-and-burn agriculture. Much of the virgin floodplain forest in this region has been spared the fate of other equatorial rain forests because of its hostile terrain. The whitish, highly reflective areas in the south-flowing Ubangi River are large sand bars. Many southwest-flowing channels of the Zaire River form numerous islands and are easily discriminated from the surrounding jungle. Although the Zaire is a major river, its use as a major transportation artery has been hindered by impassable rapids at several locations.