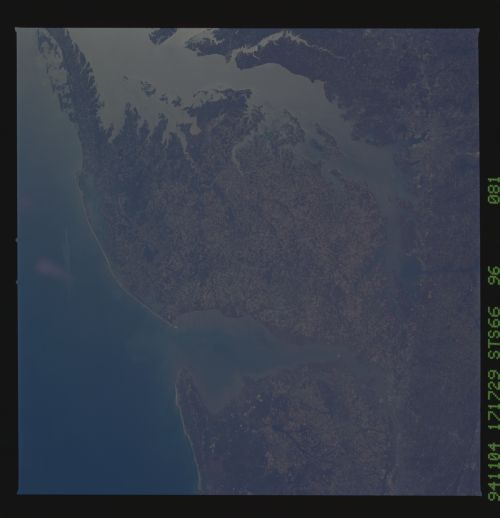 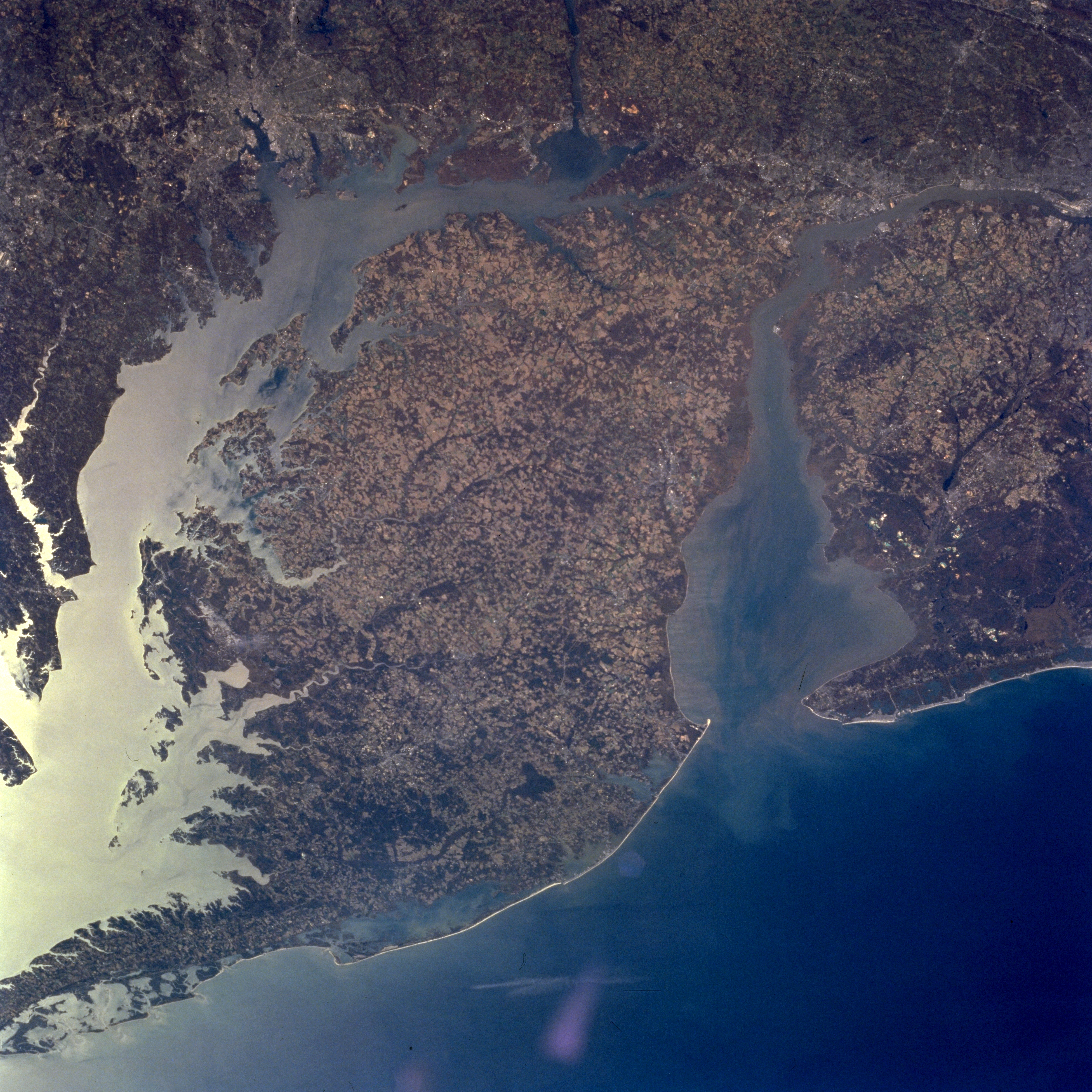 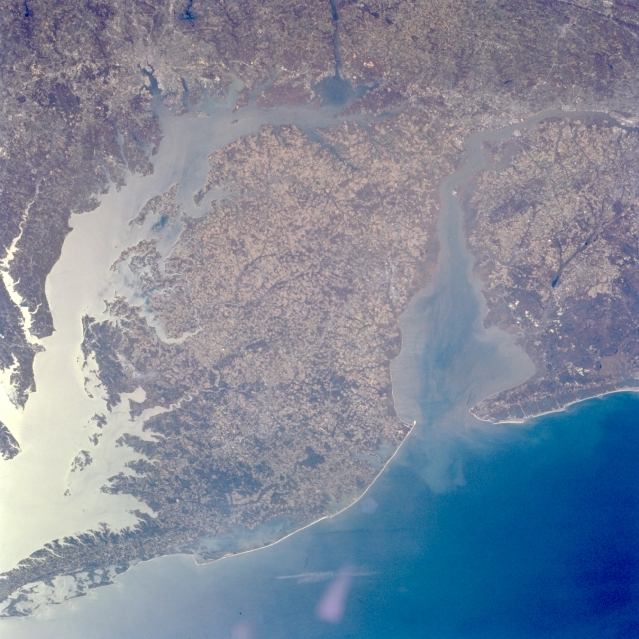 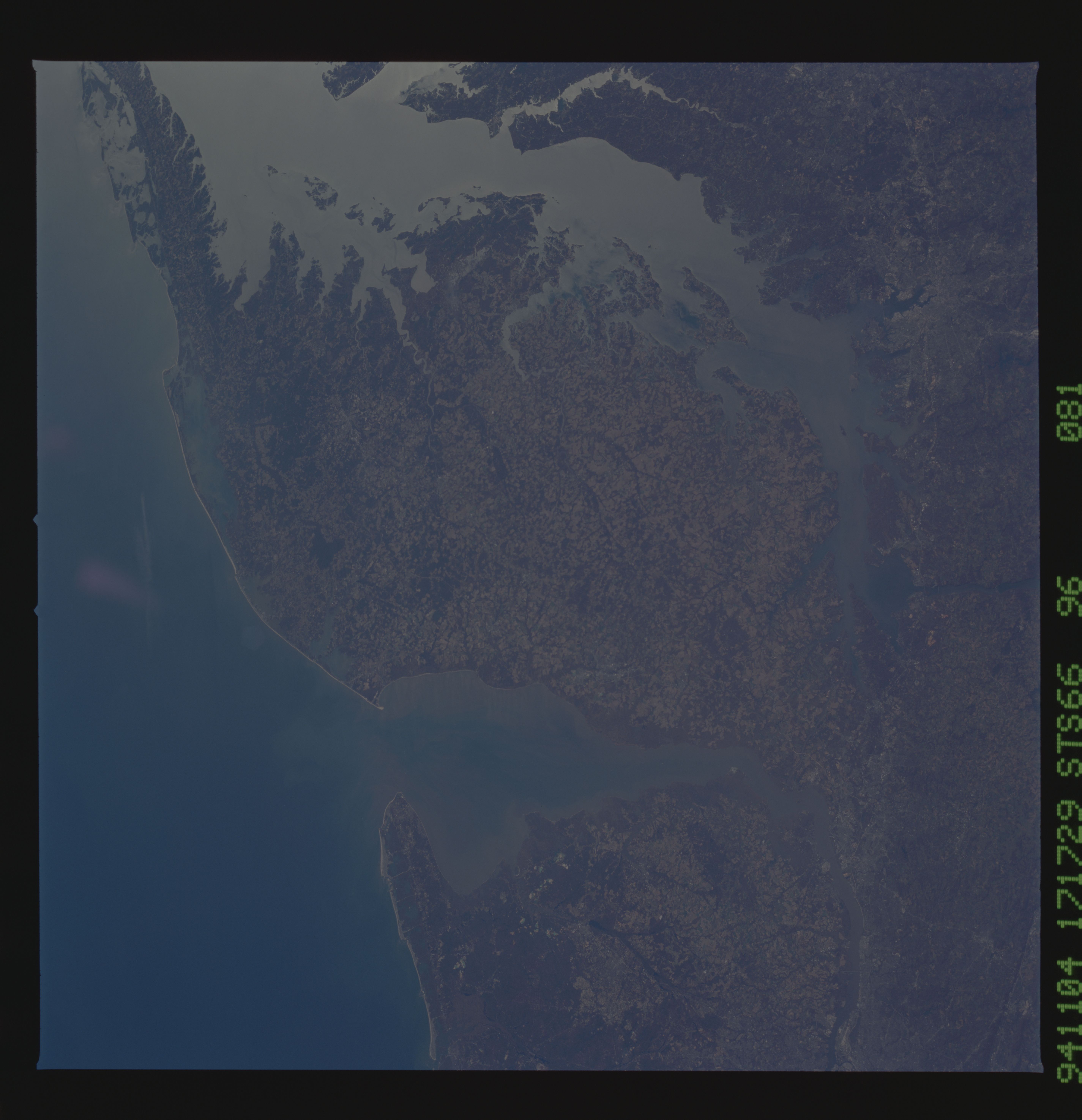 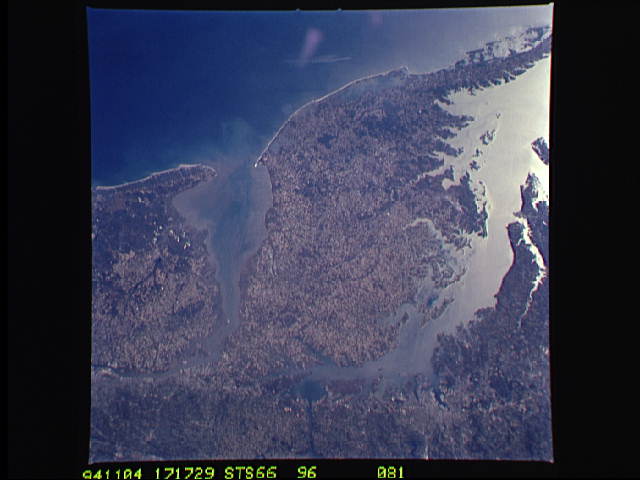 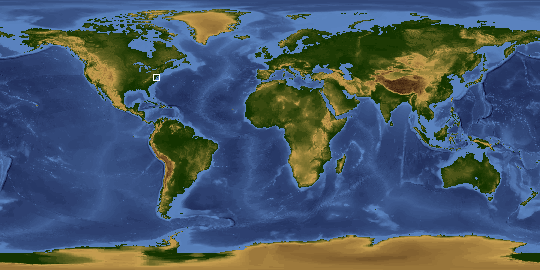 Other options available:
Download Packaged File
Download a Google Earth KML for this Image
View photo footprint information
Image Caption: STS066-096-081 Delmarva Peninsula, Maryland, Delaware, U.S.A. November 1994
The Delmarva (state of Delaware and portions of the states of Maryland and Virginia) Peninsula can be seen in this west-northwest-looking view. The 180 mile (290 km) long peninsula is surrounded by water on three sides. Delaware Bay is to the peninsula's north (right); the Atlantic Ocean to the peninsula's east (bottom right); and Chesapeake Bay to the peninsula's west (left). The Delmarva Peninsula has low terrain with some forest lands and many agricultural fields. The western shore of the peninsula is irregular and marshy, while the eastern shore is rather straight with sand beaches and offshore bars. The extreme southern portion of the state of New Jersey, along with Cape May, can be seen at the right center of the image. The city of Baltimore, Maryland, is discernible in the upper left portion of the image.