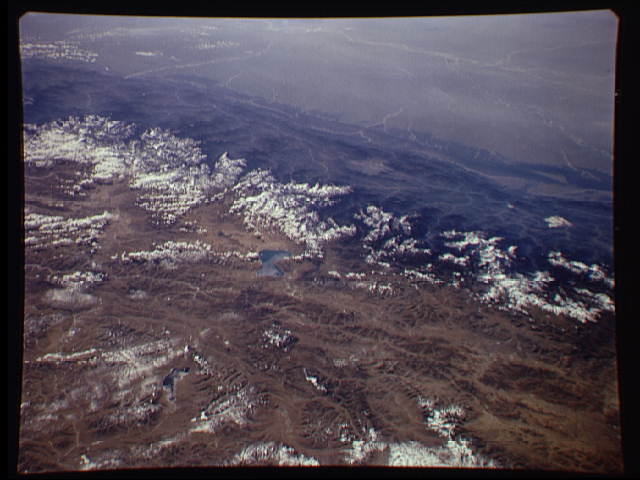 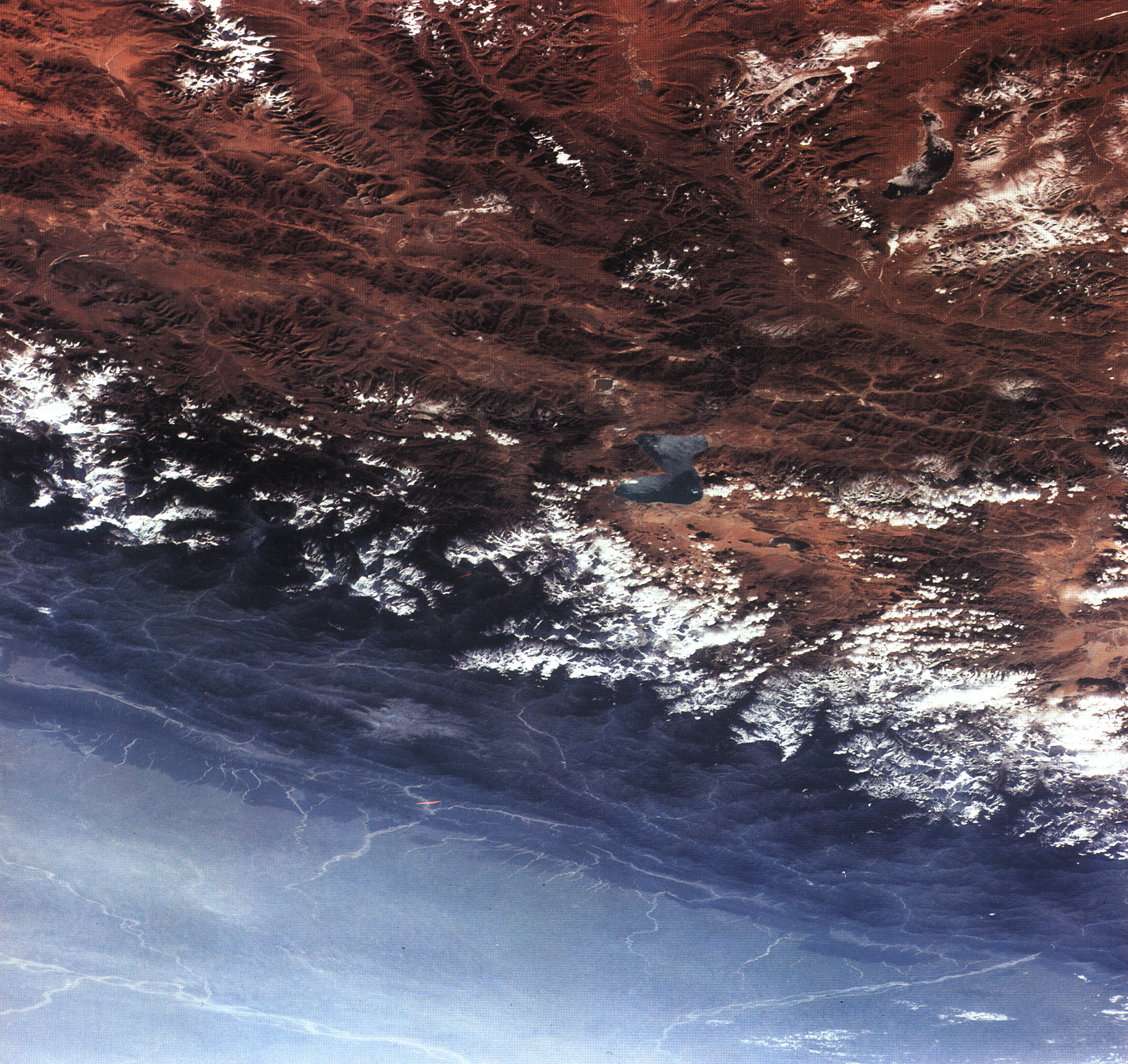 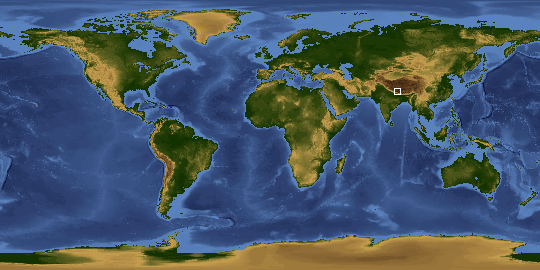 Other options available:
Download Packaged File
Download a Google Earth KML for this Image
View photo footprint information
Image Caption: View is southeastward across China (Tibet), half of Nepal and India. The partly frozen lake near the center of the frame is Pei-Ku T'so ("Bos-tie Lake"). The central Himalaya stretches from Mount Everest on the left past Annapurna on the right. Large tributaries converge to form the Ganges River, flowing through the lowland basin south of the Himalaya. This photograph illustrates the rain shadow effect of the Himalaya Chain; wet, warm air from the Indian Ocean is driven against the mountains, lifted, and drained of water that forms ice caps, the abundant rivers, and forests of the foothills. In contrast the high plateau of Tibet is arid, composed largely of topographically-closed basins because stream flow is inadequate to form integrated drainage networks.