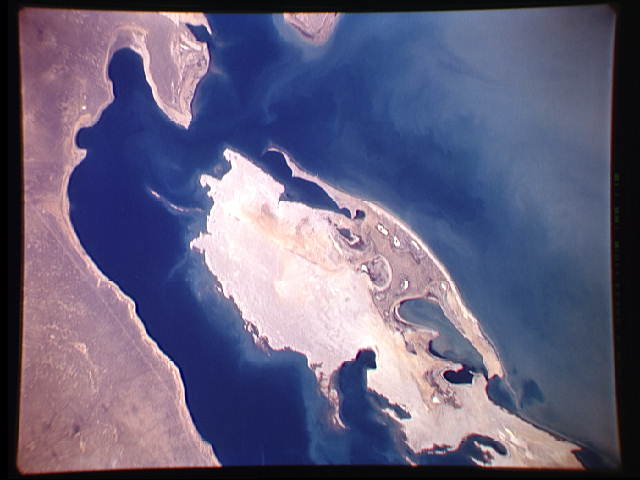 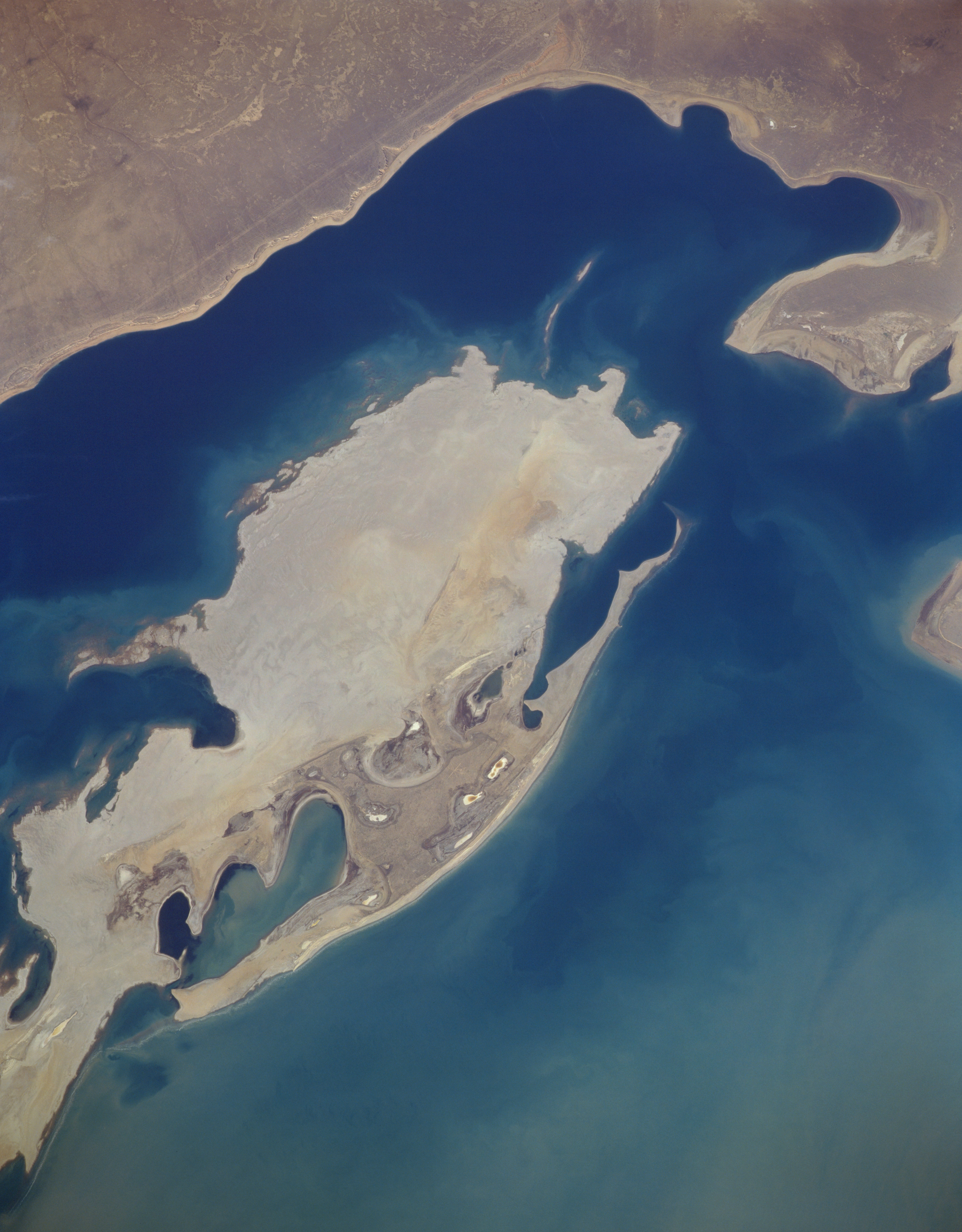 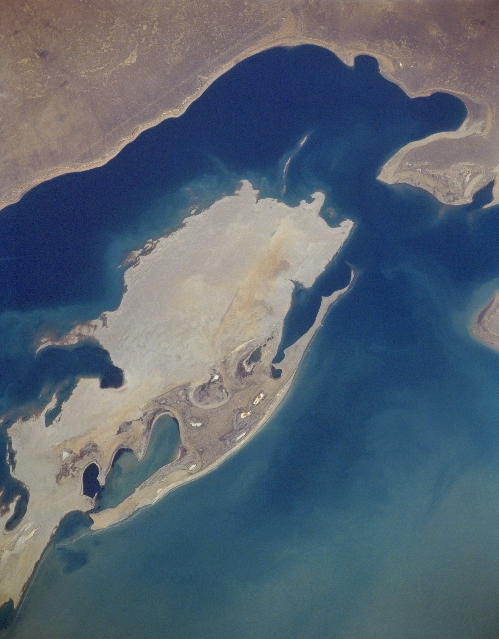 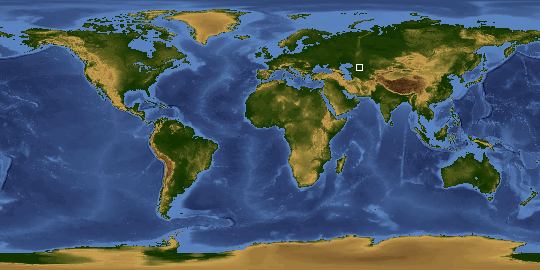 Other options available:
Download Packaged File
Download a Google Earth KML for this Image
View photo footprint information
Image Caption: STS066-157-147 Renaissance Island, Uzbekistan November 1994
This near-nadir view shows the ever-expanding Renaissance Island (Vozrozhdeniya Island) as water levels continue to decline in the Aral Sea. Located in the central Aral Sea, Renaissance Island was one of the main laboratories and testing sites for the Former Soviet Union government's Microbiological Warfare Group. It was here, according to just released documents, that the deadly Antrax Virus was developed and stored. The laboratory staff members abandoned the island in late 1991. Many of the containers holding the virus were not properly stored or destroyed, and over the last decade many of the containers have developed leaks. As the Aral Sea continues to recede, the ever-expanding island will eventually connect with the surrounding land. Many scientists fear that reptiles, including snakes, will move to the surrounding land, thus carrying this deadly virus to humans living around and near the shores of the Aral Sea.