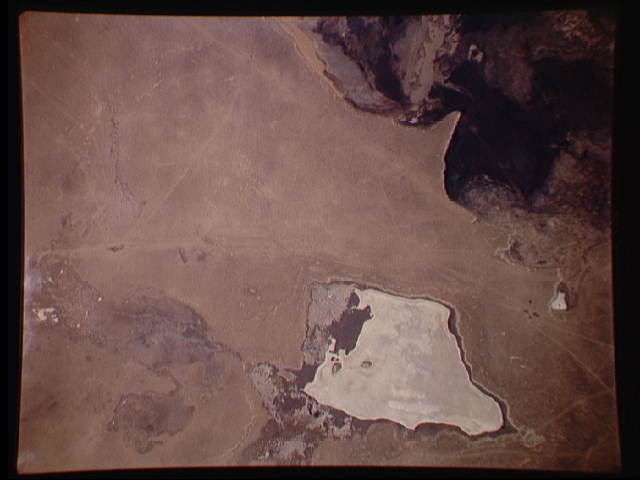 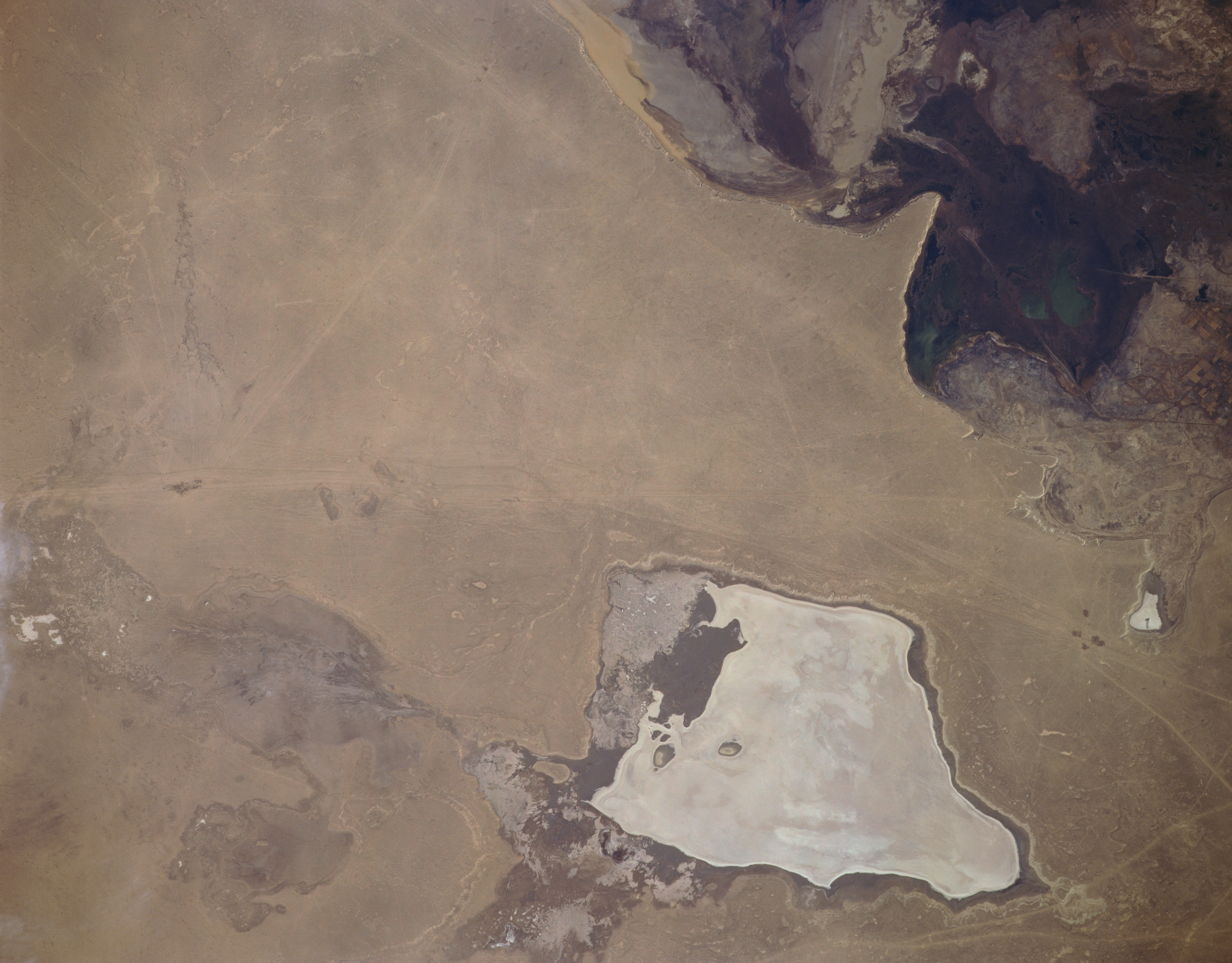 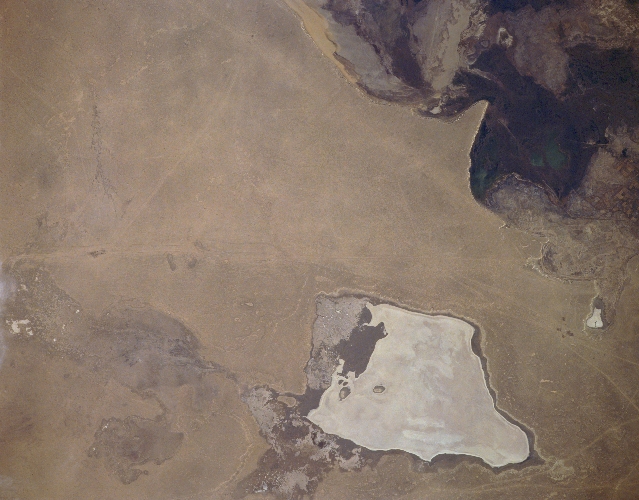 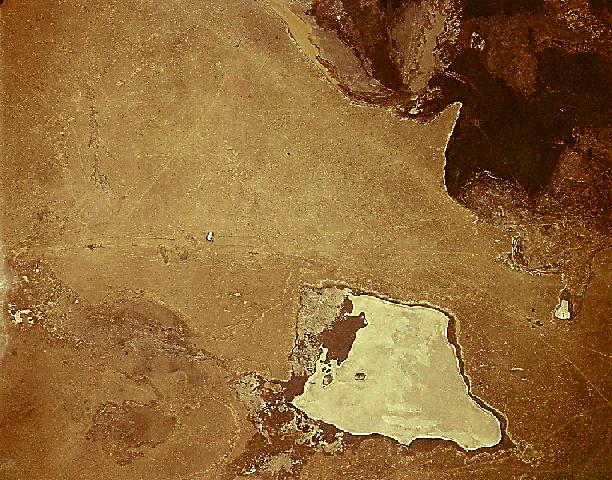 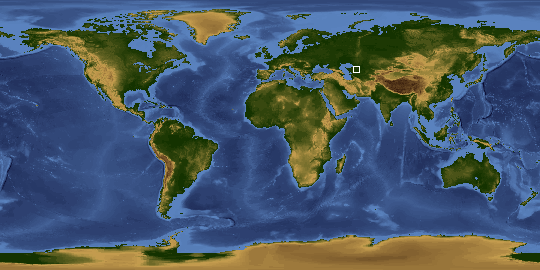 Other options available:
Download Packaged File
Download a Google Earth KML for this Image
View photo footprint information
Image Caption: STS066-157-144 Barsa-Kel'mes Salt Flat, Uzbekistan November 1994
Located southwest of the Aral Sea on the eastern Ustyurt Plateau, the Barsa-Kel'mes Salt Flat (bottom center) is visible in this near nadir-looking view. The salt flat, which at times is filled with a shallow pool of water, is ice-covered during this early winter scene. The unfrozen waters of the Sudoch'ye Salt Lake (darker feature) can be seen in the upper right portion of the image. The Ustyurt Plateau is a desert tableland of an eroded landscape of horizontally bedded sandstone that sits at an altitude of between 490 to 980 feet (150 to 300 meters). The plateau is located between the Caspian and Aral Seas. The plateau's semi-nomadic population raises sheep, goats, and camels.