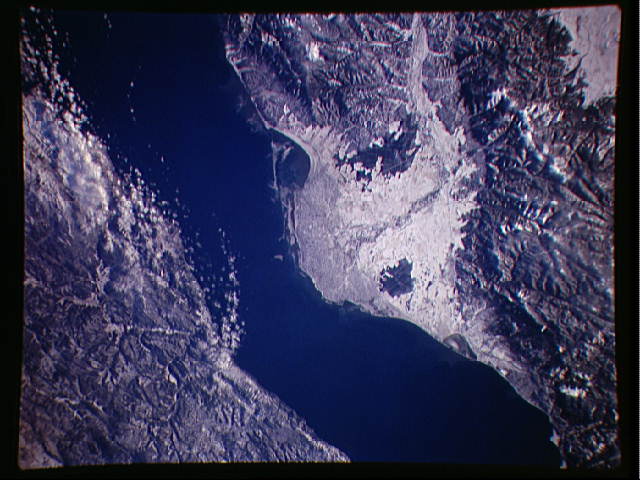 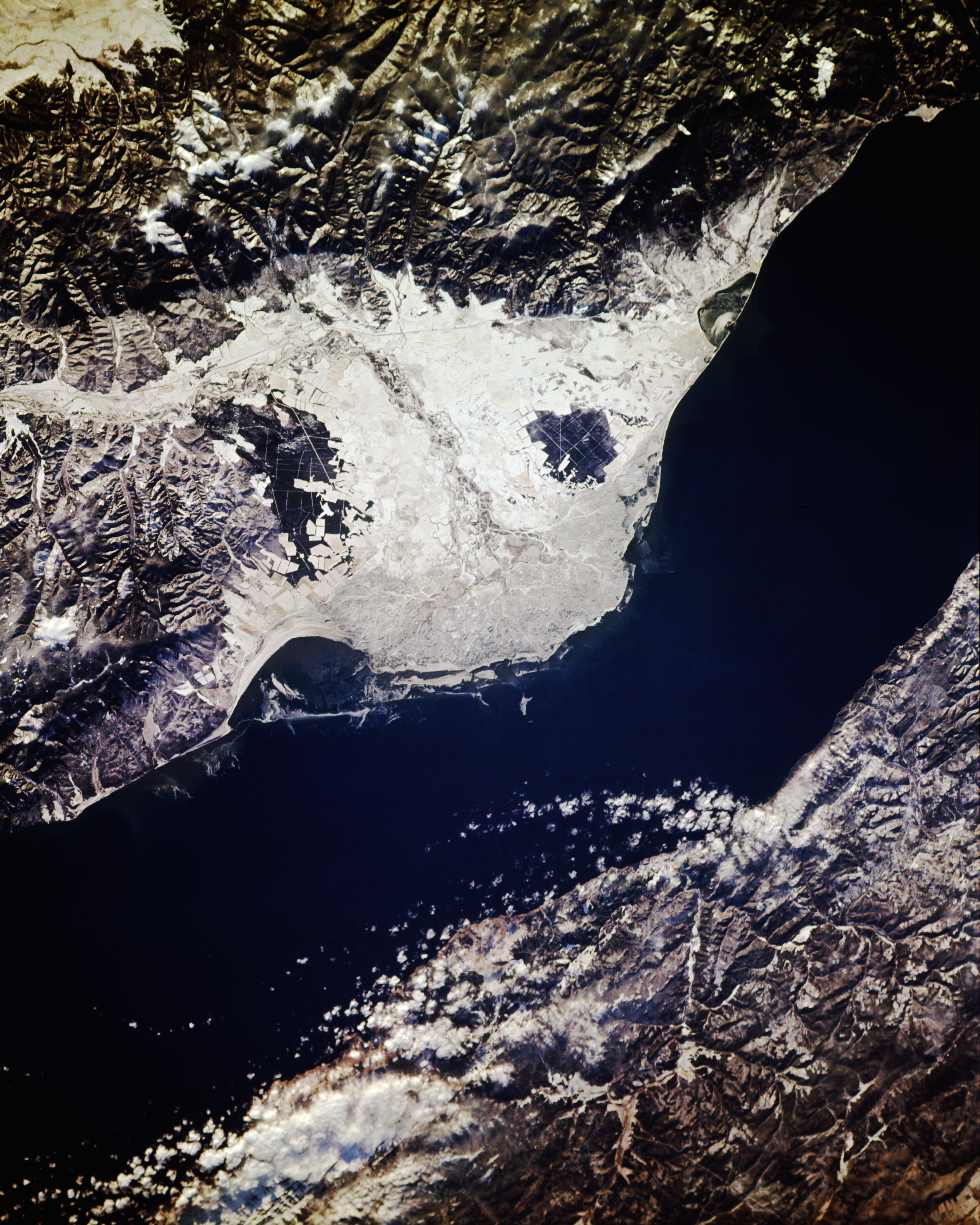 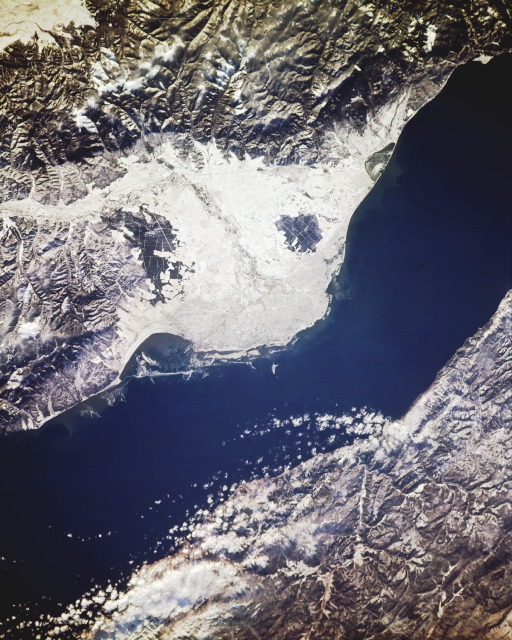 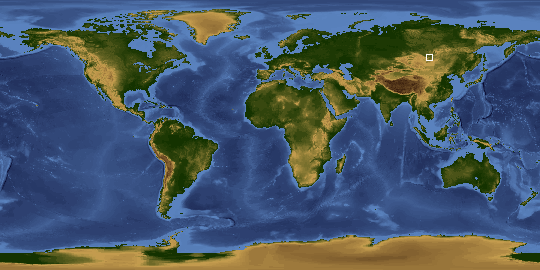 Other options available:
Download Packaged File
Download a Google Earth KML for this Image
View photo footprint information
Download a GeoTIFF for this photo
Image Caption: STS066-155-154 Lake Baikal (Baykal) and Selenga River Delta, Russia November 1994
The ice- and snow-covered Selenga River delta can be seen (in the center of the scene) as it extends outward into Lake Baikal (Baykal) in this south-looking, low-oblique photograph. Lake Baikal, which is normally ice-covered from late December through late April, had not yet frozen when this photograph was taken. South of the delta region is a portion of the Khamar Daban Range, and north of the lake, a portion of the Primorsk Range is visible. The Selenga River is one of nearly 130 rivers and streams feeding Lake Baikal, the outlet for which is the Angara River near the lake's south end (not part of this photograph). The Selenga, 620 miles (993 kilometers) long, rises in the Khangai Mountains of northwest Mongolia, flows east, then turns north as it crosses the Mongolia-Russia border, continues its northward flow to the industrial city of Ulan-Ude, and then turns to the northwest for the last 70 miles (113 kilometers) of its journey before emptying into Lake Baikal. The delta region is a haven for wildlife, including many species of birds. The construction upstream of paper and pulp factories and chemical and petrochemical plants in the 1960s and early 1970s greatly increased the waste products and other forms of pollution flowing into the delta and the lake. In the early 1980s, a protection plan for the delta and Lake Baikal was enacted by the Government in Moscow. Since that passage, influx of polluted water and other waste products decreased significantly and, in some cases, stopped because many of the plants were closed and/or antipollution regulations were strictly enforced.